Back in 2009 he and his Toneelgroep theatre company re-imagined all three of Shakespeare's Roman Tragedies in a single, striking piece of theatre at the Barbican.

Instead of separate, passive history plays, Coriolanus, Julius Caesar and Antony and Cleopatra were transformed into a multi-media amplification of politics, scheming and ambition. And in the place of the Bard's iambic pentameter, the play was performed in Dutch, with English surtitles. It lasted six hours with no formal seating structure. Audience members were part of the action, wondering freely around the performance space.

Undoubtedly Roman Tragedies is a demanding prospect that would shake even the most intrepid of theatre-goers. But the result was an experience hailed by critics as 'remarkable' and 'an exhilarating pleasure'.

Six years later and Van Hove is a global name, credited with bringing innovative European dramaturgy to the masses, from the West End to New York. After the success of A View From the Bridge and ahead of the hotly anticipated wold premiere of Obsession starring Jude Law, Ivo Van Hove launches a four-play residency at the Barbican with a revival of Roman Tragedies.

For some, a veritable marathon of Shakespeare made modern in Dutch will still sound like torture. But for those with a taste for the avant garde, and an appetite for challenging performance, book fast; this second time around Van Hove's reputation precedes him. 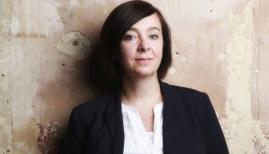