We chat to the Royal Court Artistic Director Vicky Featherstone about sexism in theatre, cowardly directors and why London is not the centre of the universe... 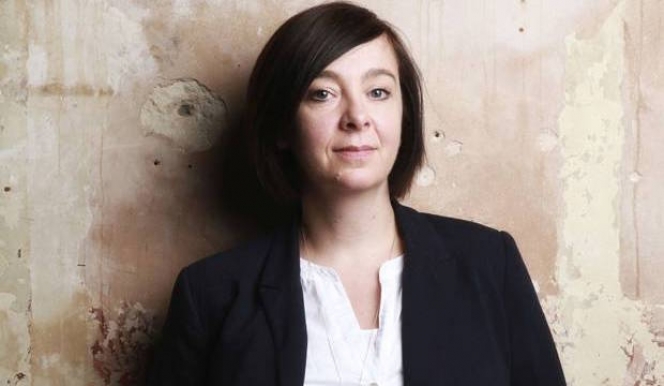 She’s also one of the boldest: Featherstone’s taste is for fresh talent and tough contemporary subjects has turned the Royal Court into one of the foremost London new writing theatres.

Since starting at The Royal Court, Featherstone's credits have included Zinne Harris’ How to Hold Your Breath, Dennis Kelly’s The Ritual Slaughter of George Mastromas, Abi Morgan’s The Mistress Contract and God Bless the Child. She opened her first season at the Royal Court with Open Court Festival - a festival of plays, ideas and events, chosen by over 140 writers.

We caught up with the director ahead of her appearance at SohoCreate Festival.

CW: What’s your priority when programming plays at the Royal Court?

VF: On an individual play-by- basis, the writing has to surprise me with something extraordinary, with something I had never imagined before. The play has to push the boundaries of theatre and ask urgent questions about the world we live in.

Lastly, I relish building a younger audience. I don’t just mean children - I mean those in their 20s and 30s; the audience of tomorrow.

Which up-and-coming playwrights are you most excited about now and why?

The thing is - if I tell you, I’m giving away all my trade secrets, aren’t I? People will nab them. Okay... Ali McDowall, Alice Birch, Nat Martello White, Rory Mullarkey, Emteaz Hussain, Charlene James, Steph Smith. There. That's a good list – and my future programme.

What was the last play you saw that really wowed you?

I really enjoyed Game by Mike Bartlett at The Almeida.

Aside from the Royal Court, what’s your favourite London theatre and why?

The Yard Theatre, in Hackney run by Jay Miller. Jay has literally build a theatre in a warehouse out of plywood. It has a fantastic programming policy: developing really amazing artists who use writing at the heart of their practice but aren’y necessarily playwrights. He’s using it as a platform for new voices: that really excites me.

Do you think the theatre industry is too London-centric?

London thinks it’s the best but it often isn’t, there’s an incredible array of theatre going on all over the country. I don’t feel negative about London’s theatre scene, I’m thrilled by it. But that mustn’t be at the expense of amazing work that happens outside of London.

What’s your perspective on gender inequality in theatre?

I think that while people continue to perform the canon of classics, it’s really hard to shift the inequality because traditionally they’re written by a male elite, with concerns and stories that are male-led. It’s one of the reasons I love working with new writing so much, because it’s a place where you can tell stories as you see them in the world outside. Women aren’t just the mothers and the girlfriends, they can be the main protagonists, and carry the weight of the story.

Oh, and I still can’t believe that we live in a world where people think it’s ok to pay men more than women.

On opening night, do you hide yourself away or eavesdrop on audience reactions in the foyer?

Those directors who hide themselves away are denying what the process is, and working in a vacuum. Opening night is part of the delivery of the piece. You have to be there to experience it with the actors, with the creative team. You have to be around audiences to understand how they’re receiving the work. First nights are terrifying, your adrenaline is sky-high. But they’re a necessary part of the process.

What would you be if you weren’t in theatre?

Rich, happy and relaxed! Only joking. My mother was a nurse, and so I always wanted to be a nurse...