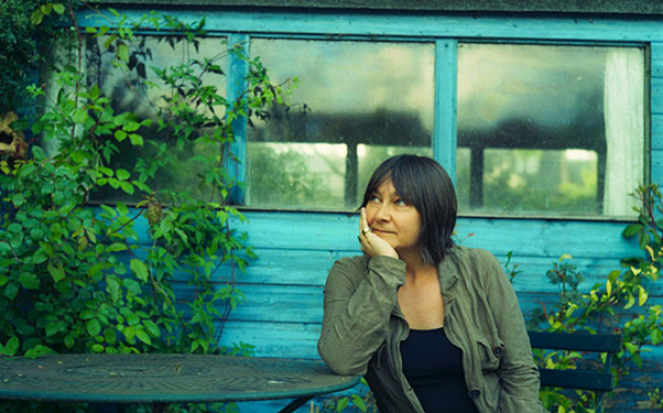 How to be Both writer Ali Smith: picture
Scottish writer Ali Smith has been collecting literary accolades since her fist collection of stories, Free Love, won won the Saltire First Book Award in 1995.

We think her latest novel How to be Both is her best yet. And it seems the judging panel of the Baileys Women's Prize for Fiction agree. Describing the winning novel chair of the judges Shami Chakrabarti says "ancient and modern meet and speak to each other in this tender, brilliant and witty novel of grief, love, sexuality and shape-shifting identity."

A playful fusion of art and literature with an ingenious dual structure, How to Be Both twists together two narratives: a Renaissance artist and a modern teenager. Their stories are told through vivid, painterly images and illuminating prose. Depending on which copy you buy, you will start with a different half of the story: all copies feature both stories, but there's a 50/50 split between the order in which readers experience these two increasingly intwined stories.

We caught up with Ali Smith to discuss artistic and literary inspirations and the role of women in literature.


CW: What led you to write this book?

AS: I wanted to see if a device from visual art would work in narrative form, that's one answer. The other is, I saw a picture in an art magazine that took my breath away with its freshness, and that's not bad going, I reckon, for something 500 years old, and I suppose I wanted to write about exactly that – time and timelessness, and the structures of life and art.

How much of your own experience is reflected in your work?

Almost none. It's all imaginary.

Describe your daily routine while you’re writing. What are your tricks for overcoming distractions?

When I'm working on a novel, that novel acts like a giant hoover and everything gravitates towards it. I become its daily routine – I need tricks to distract myself ! to be able to do things like sleep, have baths, eat, do the dishes.

What was the last book you read that really wowed you – and what was so special about it?

Toni Morrison's new novel, God Help the Child, is a story so ancient and modern and so distilled and tightly edited, yet adventurous, wild, packed with astonishing plot, that it's like a revelation into the brutalities and slaveries through history and into the present moment simultaneously, all done in a form so perfect that it looks easy. I think Morrison is one of the best writers ever.

The Artificial Silk Girl by Irmgard Keun, a 1932 German novel that both springs from and undermines the comic ironies in the tradition begun by Anita Loos with her brilliant Gentlemen Prefer Blondes.

What’s your favourite place to work and why?

My room, at home, because I really do get work done there – almost always.

What have you booked to see this year (shows, exhibitions, concerts)?

I've just seen the Sonia Delaunay exhibition at Tate Modern and I think its sheer joyfulness has gifted me enough energy for a decade.

What would you be if you weren’t a writer?

A refuse collector / a writer of lyrics for Broadway musicals / someone who works in a second hand bookshop / a palmist / a mower of lawns.

The Women’s Prize for Fiction was set up in response to a lack of recognised female writers. Is the industry still a Boys’ Club?

Positive discrimination never ever does any harm, especially when we remember that women are still materially undervalued in all the workplaces, here and everywhere, in a world full of clubs of all sorts.

Is there a female writer you think deserves more attention, and why?

Clarice Lispector, the Brazilian experimental novelist – everything she writes has a quite shocking vitality that ignites a union between the intelligence, the heart and the spirit.

Ali Smith's award-winning book How to be Both is out now.