If you only see one Shakespeare, make it this: the almighty Ian McKellen plays King Lear in Jonathan Munby's triumphant production

To see him on stage is truly an event. To see him in Shakespeare is an especially unmissable experience. Now, in what he has already said will be his last Shakespeare production, McKellen reigns supreme as King Lear. Having played Edgar in 1974, Kent in 1990 and Lear in 2007, he knows his way around King Lear. At the age of 78 he brings both a lifetime's experience as well as a deeply affecting sense of aging and mortality to the part.

Jonathan Munby's modern dress production is an intimate and lucid take on Shakespeare's great tragedy. A malleable ring of red carpet with a thrust stage coming out into the audience begins as a centre of regality. Portraits, thrones and feasting table gradually give way to a sparser aesthetic. By the time the great storm comes, the boggy puddle on the scarlet carpet foreshadows the gory violence of ‘out vile jelly’. 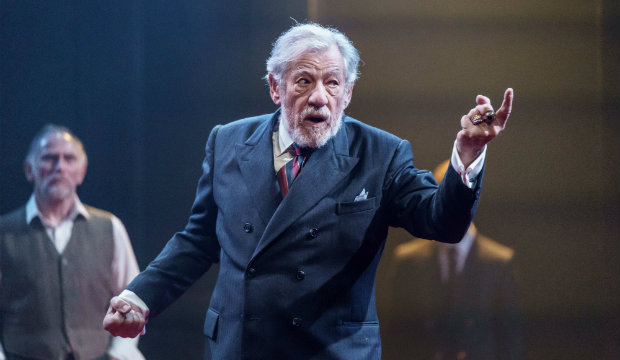 It’s a long, intense play, which opened on the most stiflingly sticky day of the year, but the whole theatre remained engaged. Over the surprisingly pacy three and a half hours Mckellen layers the rakish, rash demands of an indulged despot with the frustrations and frailties of age.

He draws out the melody of Shakespeare’s verse without any trace of affectation. Famous lines feel freshly affecting. And, in the contemporary context of military jackets and evening gowns, the tussle between power and vulnerability smarts with relevance.

Such is Mckellen’s magnetism, it would be easy for the rest of the cast to fade into the background. But there are some especially impressive supporting performances, particularly from the villains. James Corrigan makes a spritely Edmund, charming everyone and the audience into his dissembling plans, while Kirsty Bushell brings a performative Beauty Pageant girlishness to Reagan, which breaks into brutality and orgasmic groans as Gloucester’s eyes are gouged out. 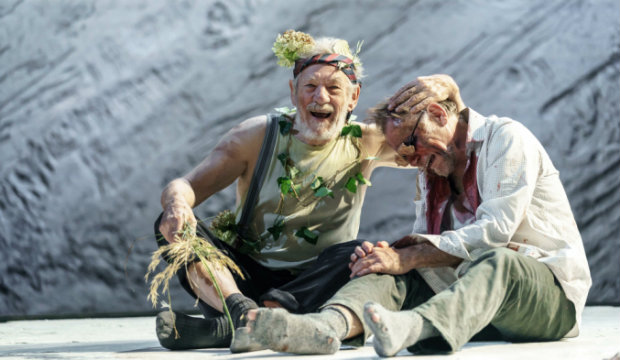 But of course, it's McKellen who really gets under the skin, with a towering, triumphant swansong. If you only see one Shakespeare, make it this one.

King Lear is at Duke of York's Theatre for a limited run of 100 performances.