Starring Oscar-winner Helen Hunt, Eureka Day is a hard-working satire about woke culture that wins over the Old Vic audience in post-pandemic London

Eureka Day, Old Vic Theatre review 4 Eureka Day, Old Vic Theatre review Holly CW
Eureka Day isn’t a play about the Covid-19 pandemic. However, Jonathan Spector’s 2018 satire about woke culture, set in the midst of a mumps outbreak in a performatively progressive Californian school, feels prescient in the wake of the recent global health crisis and resulting alienation of anti-vaxxers. Following a premiere in Berkley, where the story’s set, and a run off Broadway in 2019, the play makes its UK debut at the Old Vic, starring Oscar-winning Helen Hunt (As Good As It Gets, Mad About You).
BOOK YOUR TICKETS HERE

The board has congregated at liberal-leaning but privately funded Eureka Day school, and its five-strong army of woke warriors are nitpicking over the terms used on an ethnicity form and calling one another out for forgetting to use gender-neutral pronouns when referring to the children – even their own. 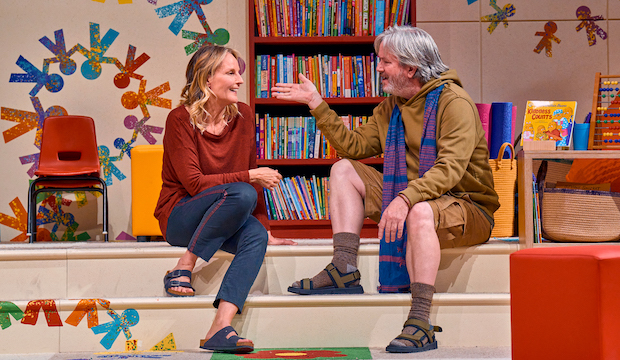 The overly sincere Don (an aptly earnest Mark McKinney) is wandering about in his socks and quoting the odd passage from Persian poet Rumi, while the controlling Suzanne (a masterful performance from Hunt) is channelling all the tropes of white, middle-class privilege and spewing school rules full of contradictions. Then there’s wealthy, full-time dad, Eli (an obnoxious and entitled Ben Schnetzer), who’s having an affair with hippy-dippy single mum May (Kirsten Foster, the show’s pressure cooker). New to the board is Carina (a brilliantly astute Susan Kelechi Watson), who’s eager to embrace the school’s left-field ideologies on behalf of her son, but who, at least initially, is the voice of reason, her eye-rolling and phone-checking betraying her exasperation with the board’s eccentricities.

When news arrives of a mumps outbreak at the school, an urgent online meeting sees Eureka Day’s utopian principles unravel into chaos as its adult community is divided into those who believe the school should only be reopened to vaccinated children, and those who are staunchly against the practice.

The board snubs voting – everyone’s opinions are valid! – meaning all five must reach a consensus for any motion to be passed; cue power words scribbled on a whiteboard and a stand-off between two members who refuse to relinquish their opinions on the matter. 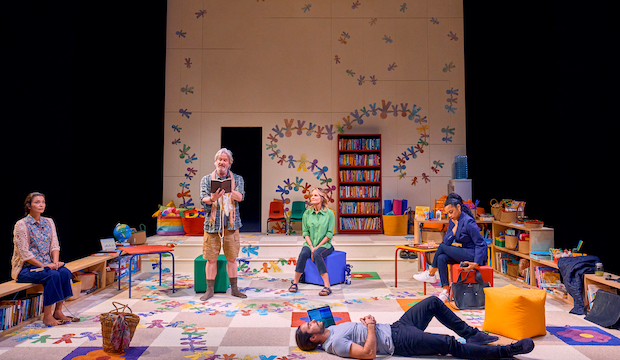 Rob Howell’s set helps fuel the satire as we watch the board bicker through forced smiles while squatting on child-sized, primary-coloured chairs. Behind them, an eerie stencilling of children holding hands, ‘Ring-a-Ring o’ Roses’ style, spirals up the white-tiled wall and across the ceiling. Is this a visual jab at herd mentality?

The most memorable and daringly executed scene in director Katy Rudd’s production achieves something rare: it allows the passive action playing out in Andrzej Goulding’s video projections – a fiery live-feed of accusations and put-downs between the school’s parents – to become the focus, rather than the debate playing out among the board on stage. Roars of laughter from the audience drown out the active conversation. It’s a gamble, but it works, earning a spontaneous round of applause.

Eureka Day isn’t a play about the recent pandemic but it’s certainly a more relatable one, arriving at a time when many audience members will have recently found themselves embroiled in heated discussions about vaccinations and the rules around self-isolation. If anything, the play’s distance from the disease which ground our own lives to a halt, and ended the lives of those less fortunate, allows us to enjoy its ridiculing all the more keenly. 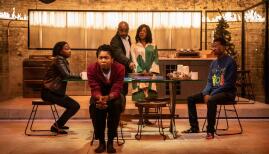 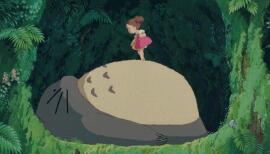