Looking for London shows for families? Whether you're after theatre for toddlers, performances for older children or family-friendly musicals, these magical kids’ shows will enchant and delight young audience members. Brave foot forward: it's time to embark on a pint-sized journey of friendship and self-discovery. 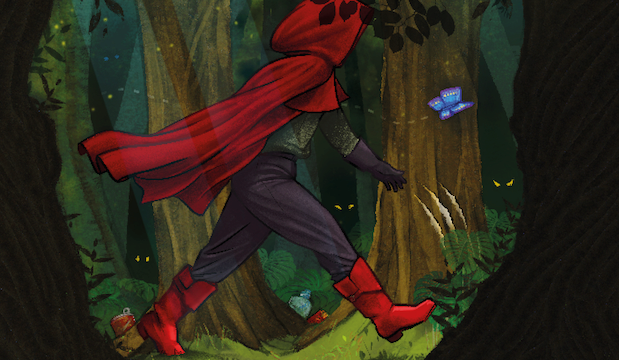 The Polka Theatre in Wimbledon has reopened following a major £8.5m redevelopment, which sought to re-imagine what a dedicated children’s theatre could, and should, look like in the 21st century. The project, which welcomed the opinions of the theatre’s Young Voices Panel, sees the space newly kitted out with a dedicated play den, a sensory garden complete with a treehouse and a new studio designed for hosting interactive, sensory activities for children with special educational needs.

The theatre’s reopening production is RED. Inspired by Little Red Riding Hood, the story imagines a dystopian future for the fairy tale in which the wolves have seized power and a certain Alpha Wolf now sits on the throne. A promenade production, RED tasks its little audience members with helping to find Red herself, who should be able to restore peace to the land. 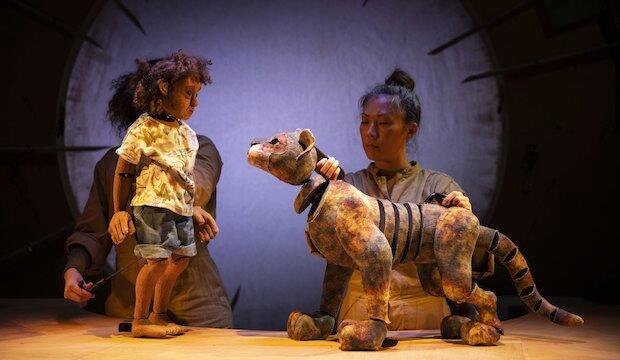 There’s a Rang-Tang in my Bedroom, Little Angel Theatre

Inspired by the Greenpeace campaign film of the same name, There’s a Rang-Tan in My Bedroom uses a mix of puppetry and music to tell the heartbreaking story of the animals whose forests we’re destroying and crucially, how we can help. Written by James Sellick, and featuring a voiceover by Emma Thompson, this production presents solutions as well as problems and may inspire a young member of your family to become an environmental activist. 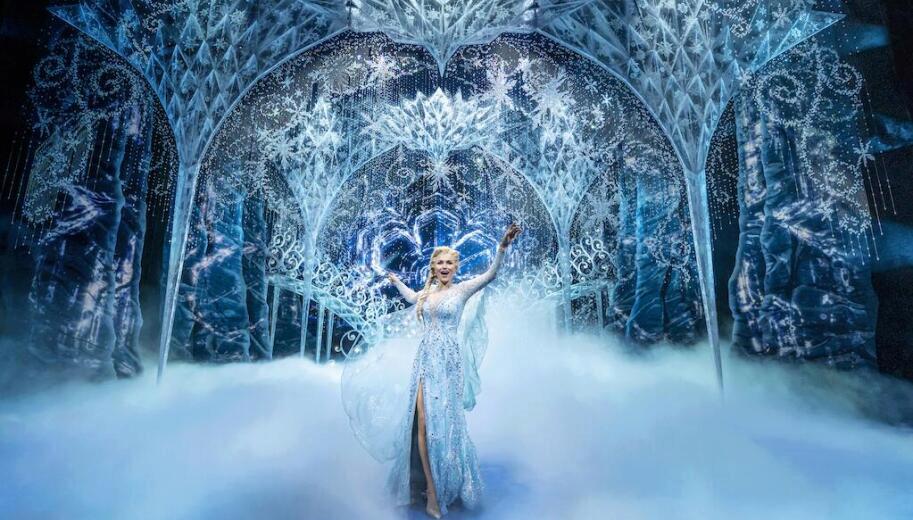 An icy palace, a free-walking reindeer and bursts of frosty magic: Frozen the Musical glitters at the West End’s Theatre Royal Drury Lane, with a cast led by Samantha Barks (Les Misérables) as the brooding Elsa, and Stephanie McKeon (Beautiful: The Carole King Musical) as her spirited sister Anna. The Broadway transfer ups the ante on the film's feminist themes and laces the action with mildly saucy humour, creating a production with potential to enthral audiences of all ages. 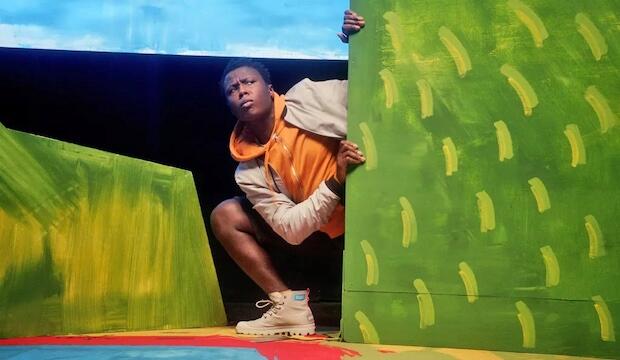 The Unicorn Theatre is keeping the action online at present, before welcoming audiences back inside its auditorium with its Christmas show The Bolds. For now, and in honour of Black History Month, its acclaimed digital show Marvin’s Binoculars is set to entertain audiences from home or school. Created and directed by the theatre’s artistic director Justin Audibert (Anansi the Spider Re-spun), the story invites young audiences to join nine-year-old Marvin on a mission to find his lost pair of grown-up binoculars. Without them, he can't peer at the birds, bugs and animals in his local park.

The show touches on themes of racial prejudice and self-belief, while championing friendship and encouraging children to want to play in their local green spaces.

Marvin’s Binoculars is available to view for free for the entirety of Black History Month (1 - 31 October) on the Unicorn Theatre’s YouTube channel. 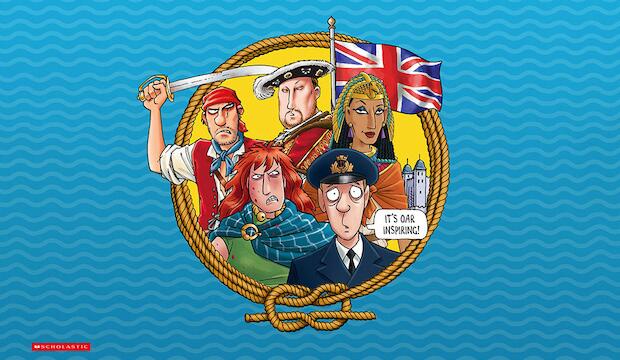 Horrible Histories began life in the early 1990s as a series of gory history books for children. The franchise has since spawned numerous adaptations including TV shows, audio books and theatrical productions in the hands of Birmingham Stage Company. The latest instalment spooking little Londoners is Terrible Thames, a floating theatrical tour of London’s ruthless past set aboard an actual cruise ship. The show lifts the lid on the grisly pasts of several London landmarks, including the Tower of London, Shakespeare’s Globe and London Bridge. Along the way, you’ll meet King Henry VIII, Anne Boleyn, Julius Caesar, Queen Boudicca, Jack the Ripper and more of history's most notoriously blood-thirsty fiends.

WHEN
Showing until 31 October
WHERE
A boat on Tower Bridge Quay, E1Q 1LD 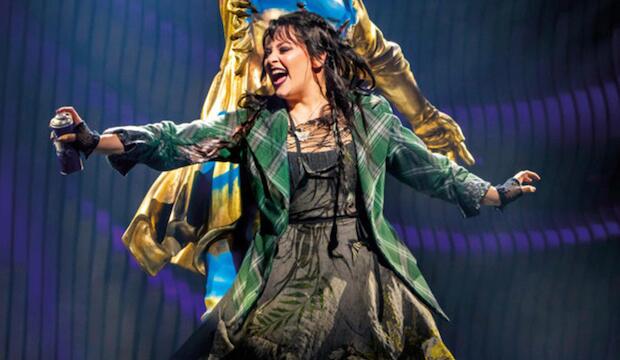 Billed as 'a complete reinvention of the classic fairytale', this Cinderella from Andrew Lloyd Webber and Killing Eve writer Emerald Fennell is a bawdy, punk-rock, feminist take on the tale, complete with a whole new score. Carrie Hope Fletcher stars as Cinderella, with Ivano Turco playing Prince Sebastian and Victoria Hamilton-Barritt the evil Stepmother. 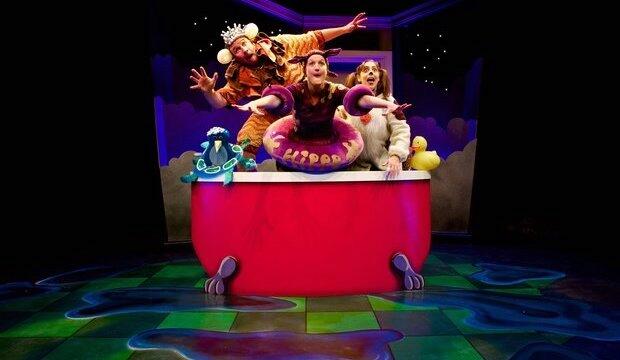 Slip, slide and splash in The Big Red Bath, as Full House Theatre recreates on stage the magic of Julia Jarman and Adrian Reynolds’ popular children’s picture book. Set to an eclectic score by indie-electro-pop trio Evergreen, the story follows Ben and Bella, who are joined for bath time by a host of their animal pals. But will there be room for everyone? 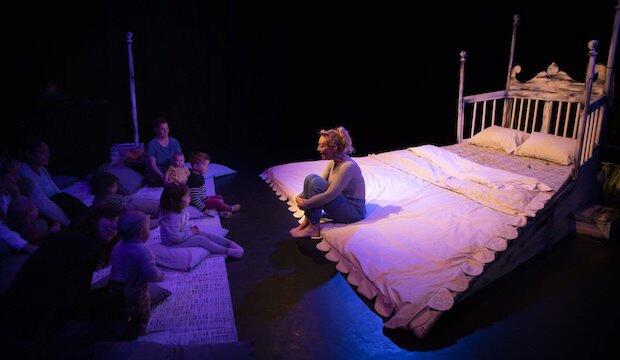 Returning to the Little Angel Theatre this autumn is Samantha Lane’s revered production of The Bed, a show based on Sylvia Plath’s children’s poem ‘The Bed Book’, brought to life with puppets, costumes and a sleepy, twinkling set designed by Sophia Lovell Smith. Originally written for Plath’s own children, the story transports audiences from its bed-shaped base on a journey that stretches from the North Pole to the planes roamed by elephants and plunges audiences under the sea. A soothing and elaborate bedtime story, The Bed offers separate performances for babies (aged six-to-18-months) and tots (aged 18-months-to-three-years) to maximise the experience for all.