Dipo Baruwa-Etti poses interesting questions about race and class in The Clinic, showing at the Almeida, but too many mic drop moments see it dissolve into melodrama

The Clinic, Almeida Theatre review 3 The Clinic, Almeida Theatre review Holly CW
Playwright Dipo Baruwa-Etti’s tense family drama is a study on class versus race. It questions whether the former can really trump the latter if you’re Black and British, and whether a fear of tumbling back down the social ladder leads to wealthy, middle class Black British people distancing themselves from their heritage. It’s rich ground for exploration, but as more surprises reveal themselves and the lives of Baruwa-Etti’s six characters become further tangled, The Clinic veers too keenly towards soap opera territory, losing some of its earlier nuance.

In director Monique Touko's production, the drama unfolds exclusively in the fancy kitchen of the high-flying, British-Nigerian family’s £2m home. Family patriarch Segun (Maynard Eziashi) is a therapist who has made the bulk of his money as an author capitalising on other people’s sob stories. Mum Tiwa (Donna Berlin) is a busybody, volunteering at a shelter for vulnerable women. Son Bayo (Simon Manyonda) is a policeman, proud of his work, even when it involves pretending to befriend a young Black man to earn his trust before arresting him. His partner Amina (Mercy Ojelade) is an exhausted Labour MP, struggling to earn the admiration of her constituents. Ore (Gloria Obianyo) is a doctor and the provocative daughter of the family, who’s begun to question her privilege and berate her Tory parents for their lack of Black Lives Matter activism. 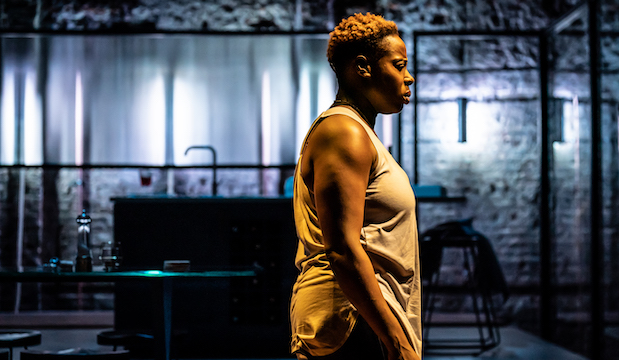 Their family is the exception, not the rule. They’ve broken the cycle and raised their socio-economic standing but not, it’s alluded to, without treading on others. Still, they eat jollof rice, isn’t that enough to tie them to their Nigerian roots?

When Ore brings a vulnerable, working class woman Wunmi (Toyin Ayedun-Alase), also of Nigerian descent, into the family home, hoping the mix of caring professions in the house can act like a fortified clinic and ultimately dissuade her from taking her own life, disruption to the family dynamic occurs in Pinteresque proportions. There are whiffs, too, of J. B. Priestley’s An Inspector Calls, when a final revelation links Wunmi to an earlier incident with the family.

Baruwa-Etti’s script has a tendency to slip into cliches (‘I love you and I hate myself for it’), but it’s darkly funny too. Race and class aside, there’s plenty in the family dynamic that will be relatable to anyone who comes from a close-knit set of bickerers, not least how a single comment can change alliances.

Much like in Inua Ellams’ Antigone, which opened at Regent’s Park Open Air Theatre days before, The Clinic is peppered with up-to-date politics references to coloured senior officials with no sympathy for people from similar backgrounds. Baruwa-Etti also weaves in pressing statistics about the subpar treatment of Black people within the NHS. 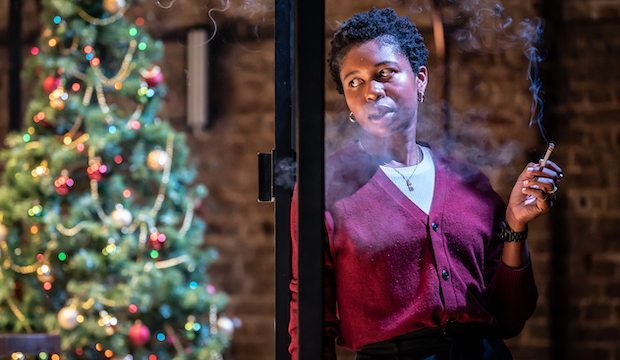 There’s also a never-fully-realised plot line involving the power of a cup of tea to solve all problems, made surreal here by Wunmi’s addict-like desperation for Tiwa’s special brew, hinting, but never stating, that it may be drugged.

While the story tips over into melodrama, the strong cast of six deliver it in an appropriately naturalistic style. They work as a collective, allowing one another’s emotions to rise and fall, and reset the dynamic between them. Obianyo is especially watchable as Ore, both when she’s a passive observer perched on a bar stool and when she’s driving it.

Designer Paul Wills’ set is also naturalistic. He visualises the family’s affluence through polished high counter tops, sliding glass doors and a well-stocked bottle rack – but by the eerie, stifling second half, all the bottles have vanished, leaving empty holes in their wake like gunshot wounds.

The Clinic is a decent play. The urgent issues at its core have the potential to make it a great one. But in land-mining the script with too many surprises, Baruwa-Etti lets it dissolve instead into melodrama. 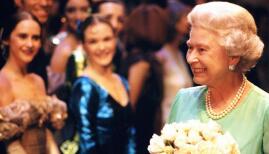 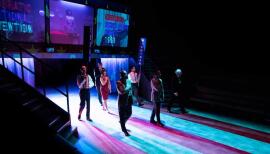