After dazzling audiences and selling out and winning an Olivier Award when it opened at the Donmar Warehouse in 2014, Josie Rourke's production of City of Angels finally comes to the West End. The original creative team, including choreographer Stephen Mear and designer Robert Jones will return to stage the show at the Garrick Theatre.

City of Angels is a witty take on 40s film noir, which transports audiences to the golden era of Hollywood. The 1989 hit combines music by Cy Coleman, lyrics by David Zippel and a narrative by Larry Gelbart (who won an award for Outstanding Book of a Musical, when the show opened on Broadway). 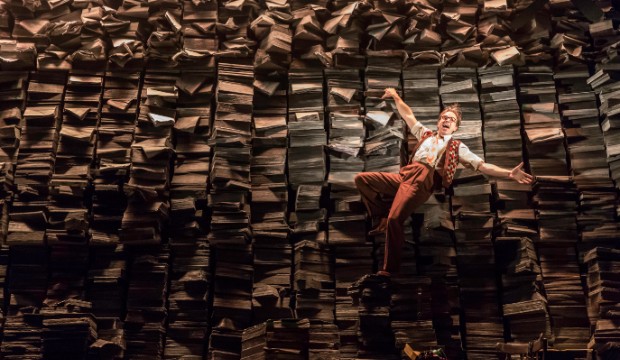 The show weaves together two stories: the 'real-life' character of author Stine is struggling to adapt his latest book for the silver screen, trying to preserve his integrity despite the nefarious producer’s attempts to commercialise the story. Meanwhile, Stine’s fictional alter-ego Detective Stone (the hero of his book) and his trusty sidekick, Oolie, are hired to track down an alluring femme fatale. The two tales entwine to comic effect, exploring the overlap between normal life and Hollywood glamour.

There are some truly great musical numbers – You Can Always Count on Me, Funny and The Tennis Song ('Shall we say the ball is in your court?') – all delivered in the style of 40s classics, of course.

Nica Burns, producer of City of Angels, says of the West End transfer: 'Only 17,500 people had the opportunity to see Josie Rourke’s outstandingly brilliant production of this terrific, multi-award-winning musical – the equivalent of only a month in a West End playhouse. It has taken five years to reunite the original creative team and finally give a wider audience the chance to see this sensationally sexy, musical masterpiece.'

Tickets for City of Angels at Garrick Theatre are now on sale. Click here to book.