Judith Kerr and Michael Morpurgo in Conversation, the Jewish Museum

Michael Morpurgo is a prolific writer with dozens of novels to his name; but is perhaps best known for War Horse, which became an international hit in its stage adaptation and was subsequently turned into a film by Stephen Spielberg. An exhibition dedicated to Morpurgo's work is currently on display at the V&A Museum of Childhood.

Chatting with him will be Judith Kerr, who has written and illustrated over 30 picture books, including Mog the Cat and The Tiger Who Came To Tea. The author has been celebrated for her semi-autobiographical trilogy, Out of the Hitler Time, which recounts a fictionalised version of her family's escape from Nazi Germany.

The conversation is chaired by Erica Wagner (contributing literary editor at Harper’s Bazaar), and is part of the Jewish Museum's Remembrance programme. The discussion will focus on the importance of history and writing for children on wartime experiences. 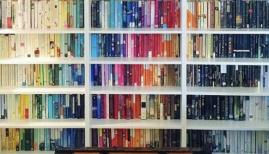