The versatile baritone on lockdown gardening, Brexit fears, and breaking through with 'My Way' 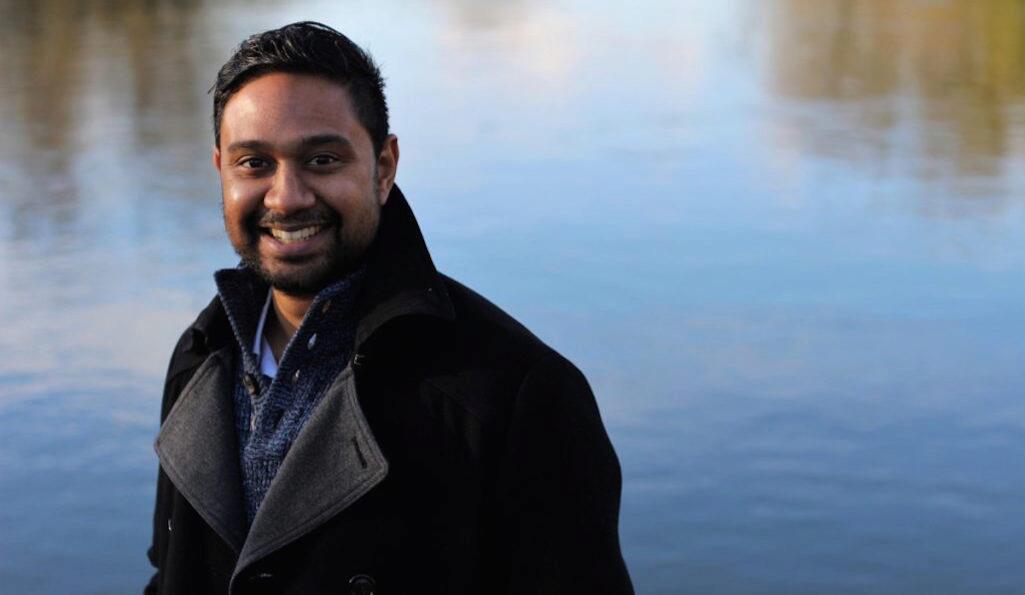 Ross Ramgobin is in demand with many opera companies. Photo: Billy Goodworth
Audience and performers alike will be on tenterhooks when the first notes of the opening opera in this year’s Opera Holland Park season strike up. But to one singer falls the special privilege of being the very first to give voice in a full-scale OHP live production since the end of the summer season in 2019.

Baritone Ross Ramgobin is warmed up and ready to go, stepping on to the stage in the title role of Mozart’s The Marriage of Figaro and playing the quick-witted servant whose wedding plans are at risk when his lustful employer takes a fancy to his bride-to-be.

With his proven acting skills, warm personality and fine, agile voice, Ramgobin feels like a perfect fit for this important and energetic role.

He has been in demand throughout lockdown, as the most innovative companies found ways to keep music in the air. Engagements included other Opera Holland Park events, among them the Christmas concert, the Royal Opera House’s Christmas line-up too, and appearances as Puccini's impoverished musician Schaunard in English National Opera’s drive-in La Bohème. 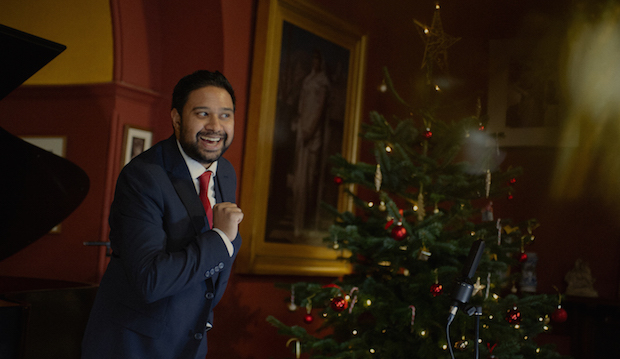 He also gave two major and contrasting performances during lockdown for the resourceful Grange Park Opera, which like Opera Holland Park has a busy summer ahead. After the solemnity of Benjamin Britten’s anti-war opera Owen Wingrave, in which he sang a reluctant soldier, he let his hair down as a shy but willing delivery man in the hilarious Ravel’s L’Heure Espagnole, filmed at a clock shop in Kensington Church Street. Both outstanding productions can still be viewed on Grange Park Opera’s website.

He knows he has been luckier than many singers, for whom work has been elusive. And he has revelled during quieter periods in the garden of the Grade II-listed gatehouse in Reading he shares with his journalist wife Rebecca. They married in 2017.

Figaro has been on the cards since before the pandemic. ‘James Clutton [director of opera at OHP] asked me two years ago to sing Figaro, so I’ve had quite a long time to look forward to it.’ The singer has appeared with OHP twice before, in two notable productions – Janacek’s Kat’a Kabanova in 2017 and Verdi’s Un Ballo in Maschera in 2019.

‘The thought of going back to Opera Holland Park kept me going when everything was so uncertain. OHP has been such a nice family to come back to and they take care of everyone in a way the big houses aren’t equipped to do.’ 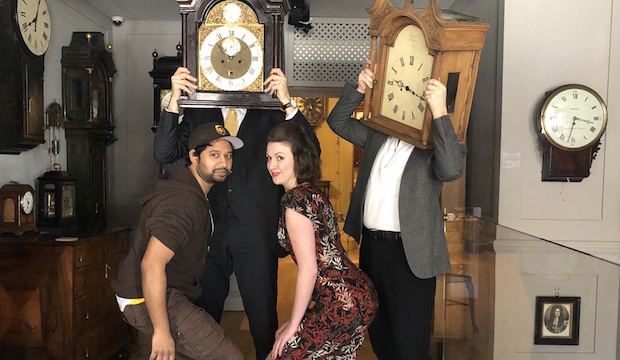 As a shy delivery man, coming to the rescue in Grange Park Opera's L'Heure Espagnole

The singer’s route into opera took him through Michael Jackson and the pop music of his youth, via the great American songbook, a degree in English and drama, and an early career in digital recruitment: ‘I saved up my commission to pay for the extortionate music college fees.’ But he owes his interest in classical music to his father, a civil engineer who, every Saturday morning, bought a music magazine that came with a free recording.

‘I remember hearing Vivaldi’s Four Seasons and wanting to play the violin. But I wasn’t very good and I couldn’t read music.’ At secondary school he joined choirs and found his voice. ‘I fell in love with Dean Martin, Frank Sinatra, Sammy Davis Jr, and started to sing along. Then someone at Brunel heard me singing My Way – slightly inebriated – and told me that you could have singing lessons at the university.’

If the audition panel was taken aback to hear My Way and New York, New York, instead of operatic arias, it nonetheless backed the promising singer, whose new teacher took him to hear song recitals at Wigmore Hall and opera at Covent Garden.

‘In my third year, my teacher said: “You can earn money doing this.” I didn’t want to get to 40 or 50 and wonder “what if”.’ So he spent four years at the Royal Academy of Music and National Opera Studio ‘and at that point you’re in this whirlwind. Things happen to you and you get caught up in it...’ 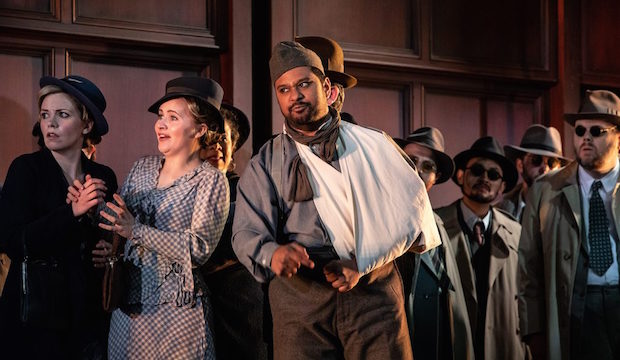 The whirlwind doesn't catch every singer, of course. But those who have been lucky enough to watch this career unfolding have spotted a winning mix of talents, including a gift for story-telling in song. Maybe all those 3am torch songs helped. And at Brunel he flirted with musical theatre, appearing in Stephen Sondheim’s Sweeney Todd. ‘Sondheim is not easy! It was great training.’

Was he tempted to take the turning to musical theatre? ‘It could have gone either way. I think what clinched it for opera is that in MT there’s too much dancing. You have to be great at three disciplines – acting, singing and dancing.’ He’ll happily step into a mazurka for Tchaikovsky’s Eugene Onegin, say, but maybe he wasn’t cut out to tap till he drops in 42nd Street.

The story-telling gift comes to the fore again in his love of lieder, English songs and ravishing Neapolitan ballads. ‘I think of myself first and foremost as a story-teller.’

The arrogant and dissatisfied Onegin is a role he sang as a student, and it feels like another good fit for this singer. ‘I would love to sing it again. The music is so moving, and there is a sense of the Byronic man and the ennui that modern man can understand: “Why should I get married?” So he goes travelling….’ 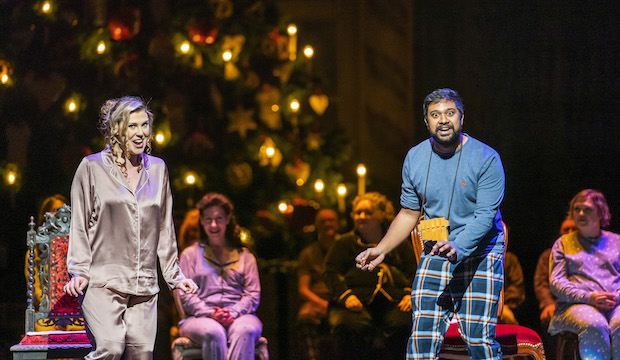 Travelling is part and parcel of the singer’s life too, but the stultifying effect of Brexit on the exchange of artists and ideas hangs heavily over the future. ‘My colleagues who work in Europe are devastated. The impact of Brexit is so great. I just hope that some amendment to the deal can be made that gets freelancers out there again.’

Even singers as busy as this one have had their losses. A role debut as Guglielmo with Welsh National Opera in Mozart’s Così Fan Tutte went by the board. But on the horizon is an appearance as Alberich in Wagner Das Rheingold with the innovative director Graham Vick, for Birmingham Opera. ‘Part of my preparation is learning to be a dwarf and a megalomaniac... And it’s a step up vocally.'

But for now, the singer’s job is to get the better of his boss, sung by fellow baritone Julien Van Mellaerts, and to marry his clever Susanna, sung by soprano Elizabeth Karani. He sang the role with English Touring Opera in 2018. ‘I learnt it in English first time, but coming back to it in Italian now is really fascinating, and it’s one of the greatest baritone roles.

'I’m really happy to be the one that opens up the season!' he concludes. 'I’ve been really lucky. Some of my other colleagues haven’t had the opportunities I’ve had in the past year, but I’m excited to be getting back on the wagon.’

The Marriage of Figaro opens the Opera Holland Park season on Tues 1 June. It is sung in Italian with English surtitles. Performances are currently sold out, but click here to apply for returns