A Feast in the Time of Plague takes its name from one of the 'Little Tragedies' written by the Russian author Alexander Pushkin. Composed by Alex Woolf with a libretto by opera veteran David Pountney, it is given its premiere at The Theatre in the Woods of Grange Park Opera, in Surrey.

And the occasion has attracted a stellar cast, lead by baritone Sir Simon Keenlyside. Soloists include soprano Susan Bullock, Soraya Mafi and Claire Booth, and tenors Peter Hoare and Wynn Evans – the voice of Go Compare. Keenlyside (pictured above) plays a deadly guest at a macabre dinner.

Says Pountney: 'I responded to Pushkin’s little fragment by creating 12 – because of the Last Supper – very varied characters who arrive voluntarily and most of whom depart involuntarily – i.e. they die. In between they capture the defiance and solidarity that we have all experienced during these strange times. 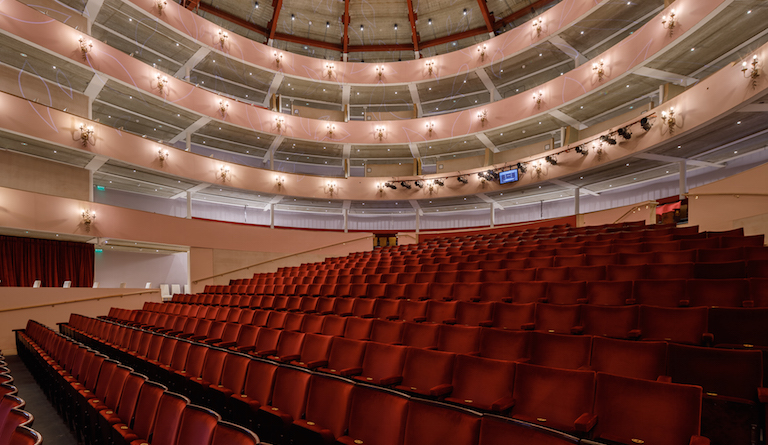 Bring a teddy: seats left empty for safety at A Feast in the Time of Plague will be occupied by favourite bears. Photo: Grange Park Opera

'The virus exposes truths about all of us in surprising ways. A Feast in the Time of Plague captures this – as well as the essential lesson that we must carry on laughing.'

Woolf, at only 25, has already garnered a host of awards and much acclaim as a composer. BBC Young Composer of the Year 2012, Woolf worked on an ‘NHS Symphony’ for BBC Radio 3, broadcast on 30 June 2018 to mark the 70th anniversary of the NHS.

The single performance of A Feast in the Time of Plague will be given to 250 guests who will be seated apart in the house and invited to place teddy bears in empty seats. It will be filmed and, in due course, that recording will be available free, on demand, to all opera-lovers.

In addition to careful spacing of audience, singers, players and crew, specially trained dogs will be on the lookout for the virus. In short, it sounds as though there will be drama off-stage as well as on. But what a breakthrough – performers and audience in the same space, and with this year's planned season replaced by the Found Season, another coup for the ever resourceful Grange Park Opera. 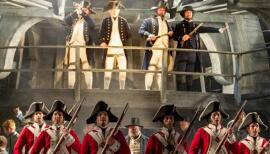