Six popular singers perform on the stage of Garsington Opera with an orchestra conducted by Douglas Boyd, as live music returns to country house opera

Unmute: Garsington Opera review 5 Unmute: Garsington Opera review Claudia Pritchard
On the evening that a £1.5bn injection of funds for the stricken arts in Britain was announced, this concert is the most elegant and eloquent argument for reviving our precious cultural scene. And you can continue to watch it online, to be entertained by its variety, heartened by its determination and moved by its simple beauty.

Music director at Garsington Opera, Douglas Boyd, conducts a chamber orchestra on the stage of Garsington Opera where he is joined by six of the most versatile and popular singers working today.

Actor Samuel West neatly introduces excerpts from four great operas, starting with Mozart's The Marriage of Figaro. Soprano Soraya Mafi is a bubbly Susanna, dodging the lecherous Count, with baritone Joshua Bloom as her resourceful fiancé Figaro, recreating the role he sang at Garsington in 2017.

The important Beethoven year that has been flattened by lockdown, is sure to resonate into 2021. Garsington was to have performed his only opera Fidelio this year, in its cancelled season. But the gentle quartet Mir ist so Wunderbar is sung in its place in this live concert, with extra radiance. 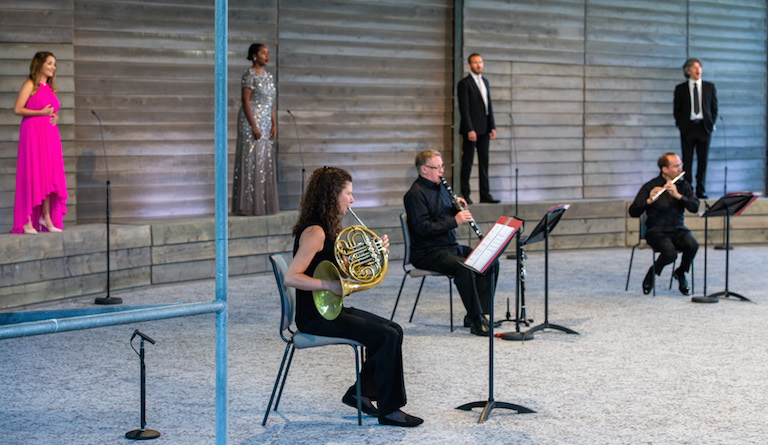 Tchaikovsky's moving opera Eugene Onegin was wonderfully performed at Garsington in 2016. Repeating his role as the proud Onegin is baritone Roderick Williams, singing the greatest put-down in opera, a response to his young admirer Tatiana's declaration of love. Tenor Sam Furness sings the mournful aria for Lensky, Onegin's betrayed friend. And Brindley Sherratt sings the moving exposition on the glories of mature love.

These three great arias make you long for next year's revival of this fine production. It will be performed as part of the 2021 season just announced, alongside new productions of Richard Strauss's Der Rosenkavalier, Rossini's Le Comte Ory and Handel's Amadigi.

This perfect hour concludes with the luminous and soulful music for strings from Richard Strauss's Capriccio, performed at Garsington in 2018.

There have been many splendid ventures gingerly reviving live music-making recently. And opera is particularly challenged with its many musical and practical demands. This concert comes closer than most to getting to the heart of what makes the art form so rewarding.

Blessed with daylight and a prospect of the gorgeous gardens beyond, the stage comes alive, but not because of scenery, props or set. It is sincere singing, thoughtful playing and selfless conducting that make opera come alive. The rest you can do in your head.

Unmute: A Musical Reunion live from Garsington Opera is on YouTube. Also from Garsington Opera: The Bartered Bride and Le Nozze di Figaro (The Marriage of Figaro) online free on OperaVision. Take part in Garsington #MondayMotivation every Monday at 10am on YouTube. An earlier version of this review wrongly named Nadine Benjamin instead of Nardus Williams. We apologise to both sopranos and to readers who were misled. 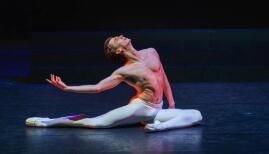