Artistic directors, a head chef and a gym founder on surviving lockdown

What’s it like to close the doors to one of London’s most prestigious cultural institutions? And what's next for our theatres, galleries, restaurants and gyms? 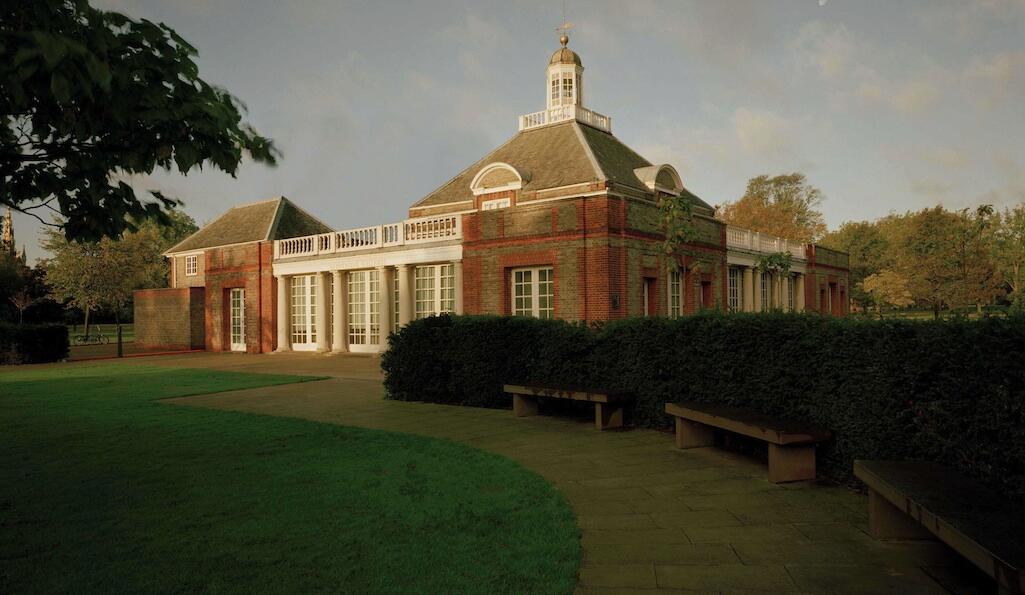 How are London’s cultural leaders surviving lockdown? (Image: Serpentine Galleries, credit: John Offenbach)
In mid-March 2020, theatres, galleries, restaurants, gyms, and all other cultural and social hubs across the country, were forced to make the unprecedented move of closing their doors for the foreseeable future, to prevent the further spread of Covid-19. In London – the beating heart of the UK’s vibrant cultural scene – this enforced dimming-of-the-lights has presented those heading organisations with a reality never experienced by their predecessors. As such, there was no blueprint handy for how to do it fairly, safely and with minimal long-term damage.

With the doors to their prestigious venues shuttered for now, how are the artistic directors, chefs and founders coping several weeks into lockdown? 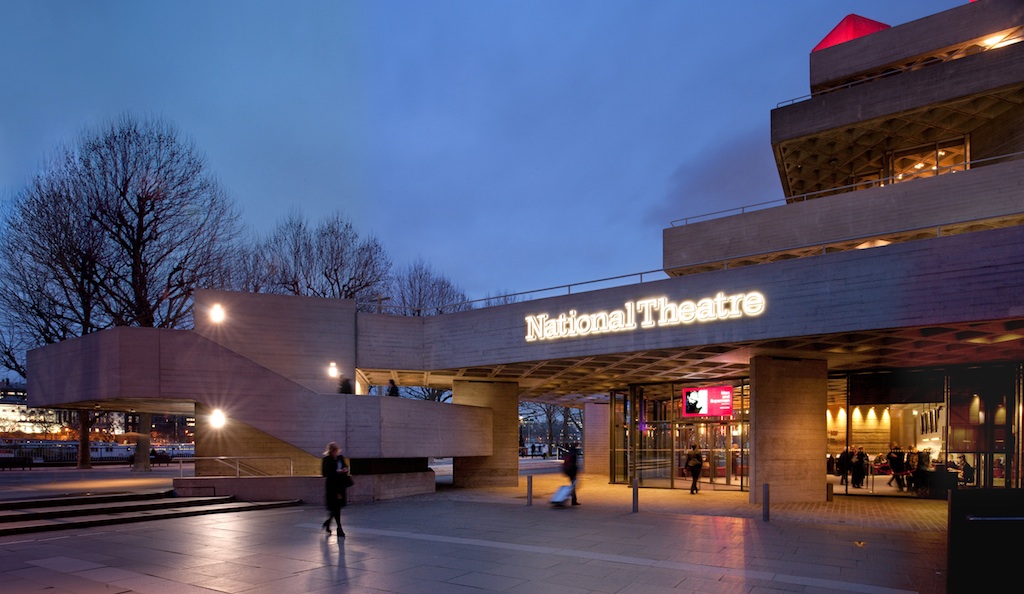 Closing the doors to the National Theatre was not something Rufus Norris ever envisioned he’d be doing during his tenure as artistic director. ‘Nothing quite like this has happened before in the history of this – or any other – theatre in the UK,’ he explains. ‘It has been extraordinary – closing a building that size quickly and safely is in itself a challenge, and then ensuring that the livelihoods and welfare of several thousand people are considered has involved a lot of steady hands.’

For Rupert Goold, artistic director at the Almeida Theatre in Islington, the shut-down was a 'deeply emotional' experience. ‘At the time it was so sudden I’m not sure we really took it in, but the public response and outpouring of love for the theatre and its work has been really touching,' he says. 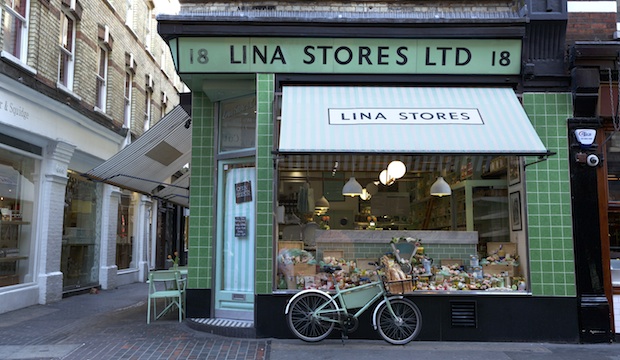 Lina Stores has been in business since 1944

The experience has been no less challenging for those in the restaurant industry. Lina Stores, Soho’s renowned Italian deli (which, in the last two years, had spawned as many restaurants), has never in its 75-year history had to close its doors – except for refurbishment . ‘The biggest issue is the uncertainty of how long before we can reopen and see the team again. Our team is truly a family to us and it is very difficult to not be together,’ says Lina Stores head chef Masha Rener.

Gyms – which, for many, provide a sense of community as well as a place to get fit – have been equally impacted. ‘Closing the doors to Barry’s was a decision we couldn’t have foreseen having to take in a million years,’ says Sandy Macaskill, co-founder of Barry’s (formerly Barry's Bootcamp) UK. 'To begin with, we were following government advice but it became clear to us that closing was the safest thing to do so we took the decision voluntarily,' he says. All UK gyms have since been forced to close. 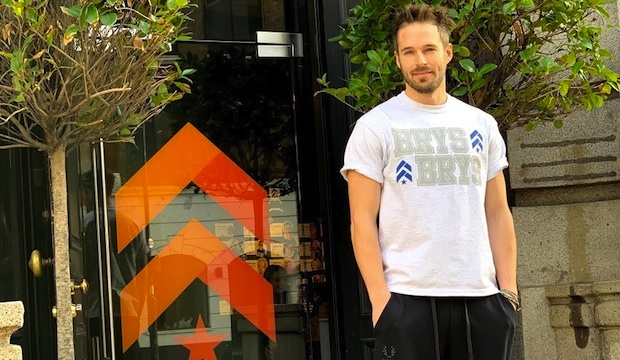 No sooner had they battened down the hatches to their respective institutions than these figureheads began working on ways to further engage with their audience or following online – in some cases, shifting what had previously been an exclusively live experience onto social media.

The National Theatre is streaming a past production every Thursday on its YouTube channel. ‘We wanted to keep getting our work out in some form over this demanding and isolating time, and the key was to make it accessible to everyone in the most simple way,’ explains Norris.

The Almeida has announced that its brilliant production of Mike Bartlett's Albion, which was showing when the theatre closed, is being streamed as part of the BBC's Culture in Quarantine scheme, with more past productions expected to follow. ‘We do have other titles that we’ve filmed but first we have to complete negotiations with the various artists involved when they were captured,’ says Goold. ‘We are hopeful, though, that we can get more of our work out there at some point over the coming weeks.’ 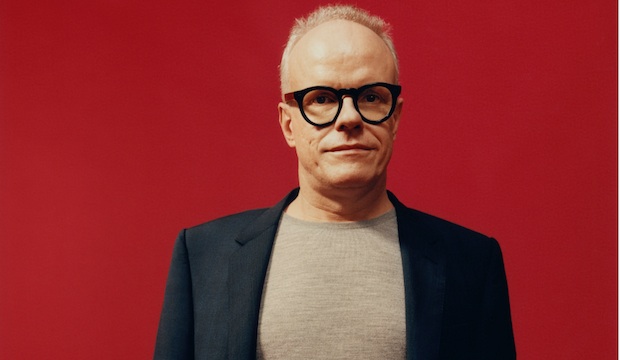 The Serpentine Galleries, like many of London’s leading art institutions, has refocused its attentions on the virtual sphere, launching a new online exhibition (Out of Blueprints), a podcast series and several interactive initiatives to keep its digital presence strong while the gallery is closed. ‘Even before this crisis hit, the current ecological danger had brought us to pause and think about our role as an exhibition space, as a facility for artists and ideas, as an archive and catalyst,’ says the gallery’s artistic director Hans Ulrich Obrist.

Macaskill and the team at Barry’s have been running free fitness classes via Instagram Live, and have also launched Barry’s Cares: a community programme offering everything from nutritional advice to virtual company and even entertainment for children. ‘The idea behind the free online content is to provide some continuity for our community,’ he says. ‘If we can at least keep some element of routine going, and a forum to communicate with a like-minded group, it can only be a good thing.’ 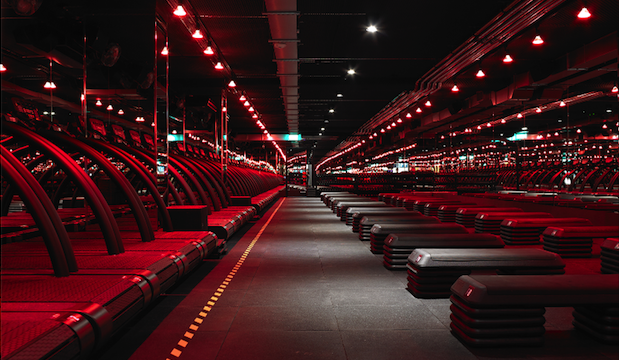 Meanwhile, at Lina Stores, Rener and the team have thrown their energies into a crowdfunding initiative, providing fresh pasta and sauces to hospitality workers who have been made redundant as well as those in 'at risk' groups. At the time of writing, the scheme had already raised £25,000 of its £30,000 target, with further restaurants offering to donate food and people with scooters or bikes volunteering to deliver the meals.

‘Lina Stores has been making fresh pasta in London since 1944 and although we have closed our locations, we still have the resources to produce for people in need,’ beams Rener. ‘Currently we estimate that we can provide over 12,000 free meals but we want to do more as we have the staff and capacity.’ 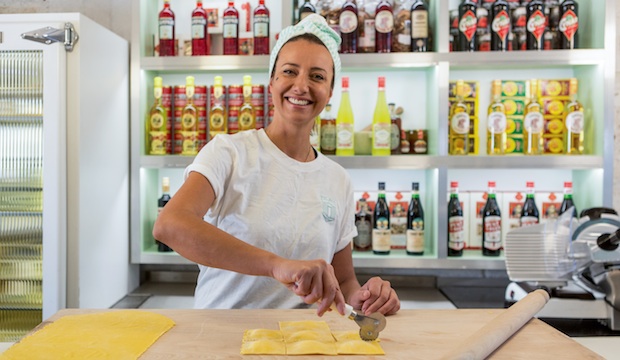 With online streaming schemes in place, these leaders must now address how they can protect their workforce – many of whom are being furloughed – and work out how to keep their institutions financially afloat until they can reopen. Many theatres and galleries have asked visitors to gift the cost of their pre-bought tickets as a donation, rather than claiming a refund. Certain restaurants as well as arts organisations have also launched schemes offering gift vouchers to be bought now and used at a later date. However, none of the above is likely to make up for the loss of income generated by daily footfall.

‘It is moving into a different phase now. The key issue is how to ensure that the theatre survives this period,’ confirms Norris, who has had to juggle furloughing the majority of his 1,000-strong workforce with attempting to strategise for the future. ‘We are developing various different reopening plans, to be prepared for each eventuality, and we’re also looking ahead with as real a gaze as we can to what the situation for theatres will look like over the next two years,’ he says. 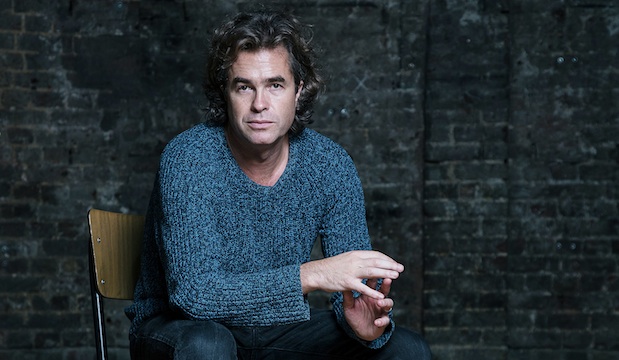 Goold, too, is looking ahead, but points out that this is particularly hard at a time when we’re in the dark as to when social distancing restrictions will lift and to what extent. ‘We urgently need clarity from the government on what reopening might look like, even if they can’t give us a when,’ he says, describing their current attempts at forward planning as being a bit like ‘programming on sand’. In the meantime, Goold is also committed to preserving the Almeida’s work with Young Artist and Participation groups, if only online.

On top of looking after their own workforce, theatres and galleries have the added responsibility of supporting the creatives whose work they were due to show, but whose exhibitions or plays have now been cancelled because of the lockdown. 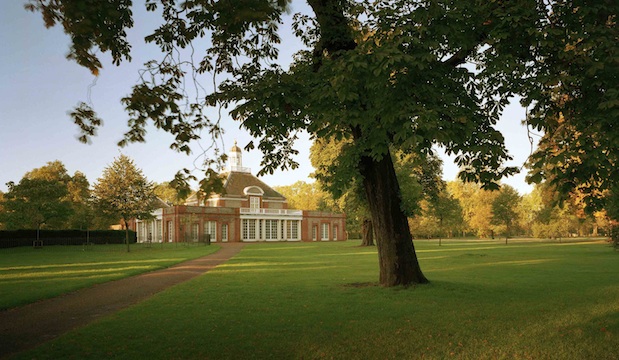 At the Serpentine Galleries, employees are currently working remotely to devise ways of sharing their programme online – a means of continuing to support the artists whose shows will no longer run in physical form. ‘It will be our collective role as public institutions to support artists and the role of culture at this time,’ says Obrist. 'Most importantly, we should listen to artists – it is often they who have the most important and prescient ideas about how one can act in times of crisis.’

With their fundraiser up and running, the team at Lina Stores are now looking to safely offer their produce – storecupboard essentials from the deli as well as fresh pasta and sauces – to customers via a home delivery service on Deliveroo. ‘Government support packages have helped but we still have rent, overheads and staff costs to pay. For this reason we are working on the grocery and delivery offering to create additional income,’ says Masha. ‘As we begin production again there are very strict additional processes and procedures in place to keep ensuring the safety of our staff and customers.’ 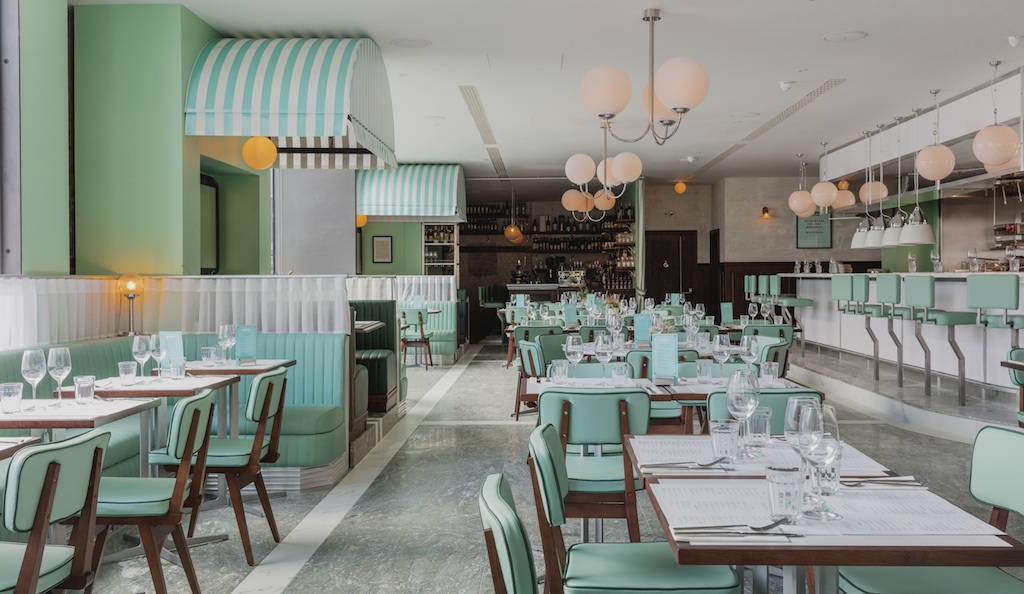 The trickle-down effects of the pandemic have had disastrous consequences for businesses, charities and cultural institutions, but could there possibly be a silver lining to all of this? Macaskill certainly thinks so. ‘The community spirit! Fitness is typically a pretty guarded and territorial industry. However, sharing ideas and content – [such as] tips, techniques and playlists – has really opened it up,’ he says. ‘Long term, I think everyone will have learned to properly value the human connections we took for granted before lockdown.’

Obrist, meanwhile, hopes the pandemic will teach us to value the role artists play in the world today. ‘We are currently experiencing a seismic shift – not only do we have to adapt to a new normal, we also have to forego many things that are so important to our wellbeing and which inform our daily social lives,’ he says. ‘If there was ever a time that the world needed artists, it is now. We need their radical ideas, visions, and perspectives in society.’ 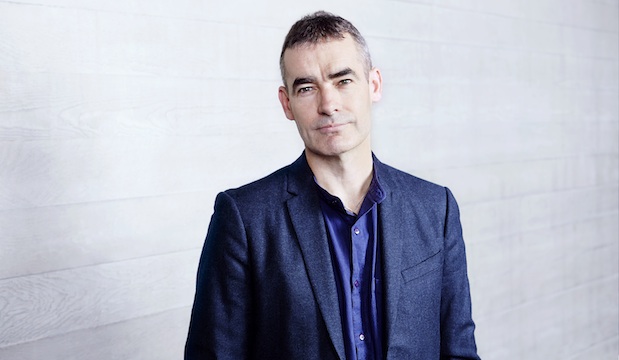 Finally, knowing now that 2020 will be dominated by Covid-19, would these leaders do things differently, if they could turn back the clock? ‘Every organisation at a time like this wishes they had more reserves, and there is a particular sorrow when a planned production gets cut short or does not happen at all, but hindsight is of limited use now,’ says Norris. ‘The key is to be as proactive as possible in the most positive way to keep everyone together and ensure that we do emerge. People will always want to be, and to experience, together, and when it is safe to do so again, we must be ready.’

Goold agrees: ‘We are in this together and we will get out of it together,’ he says, adding a couple of more personal, practical considerations. ‘[I’d have] stopped stressing so much about getting everything right all the time. Theatre is a playful act and maybe we lost sight of that a bit over recent years,’ he reflects. ‘Oh and I would have spent a bit more time on my fractions and decimals if I knew how much homeschooling was on the horizon!’