Discover the secrets of nature's ultimate weapon at Venom: Killer and Cure, the new exhibition at the Natural History Museum

Venom: Killer and Cure features a collection of creatures that sound too fantastical to be real, from vipers to velvet ants, flower urchins to Bruno’s casque-headed frogs. The gruesome assortment sees some of the most poisonous creatures on the planet squashed into glass jars for a display that resembles a witch’s pantry.

The poisonous new installation takes visitors on a journey through the fascinating world of deadly toxins. Showcasing how predators have evolved to actively inject venom into victims, an extensive armory of stingers and fangs are laid out.

Although officially family friendly, there’s no doubt that the exhibition is blood-curdling. A European Adder that died halfway through eating a lizard is suspended in preservative. There’s a Komodo Dragon that lies slumped in a display tank.

Discover how after entombing their victims, the surprisingly gorgeous emerald cockroach wasps implant their eggs so that they can hatch and feed on the still-living host body. With over 250 specimens on display, the exhibition provides a very extensive guide to creatures you should avoid at all costs. 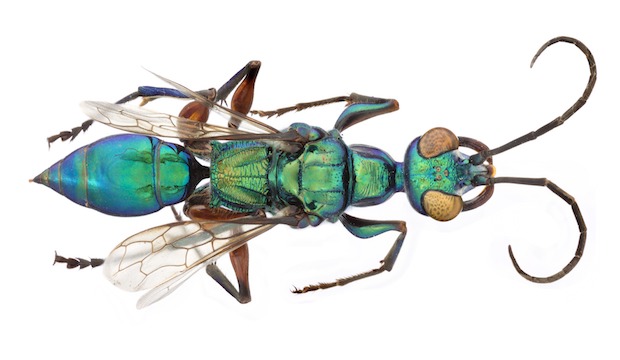 Venom: Killer and Cure also traces the trajectory between poison and science. Cippi, Ancient Egyptian healing stones with protection spells are on display, and you can virtually explore the Brooklyn Papyrus, a medical papyri that survived Ancient Egypt and documents different symptoms and treatments for snakebites ranging from surgical to magical.

The display shows how science has evolved to harness the terrifying power of these animals, from bee-sting face cream to a display box outlining the process to create anti-venom, the shortage of which is currently causing a global crisis. The venom of the gila monster has been used to treat type 2 diabetes, whereas Indian cobra venom is being used by heroin addicts to get high and perpetuating the illegal snake trade.

There’s no shortage of magical exhibitions in London (Harry Potter: A History of Magic, Witchcraft Museum Pop-up), but Venom: Killer and Cure is a friendly reminder that real magic occurs in nature rather than as a result of pentagrams and charms.

The Natural History Museum's director Sir Michael Dixon believes we need reminding of 'the scale of our responsibility to the planet. Species and ecosystems are being destroyed faster than we can describe them or even understand their significance.' Venom: Killer and Cure explores the dangerous and deadly sides of the animal kingdom in an exhibition that reminds us of the awesome power of nature.