The flea circus is in town: don’t miss Ovo by Cirque du Soleil at the Royal Albert Hall

TRY CULTURE WHISPER
Receive free tickets & insider tips to unlock the best of London — direct to your inbox
Prepare for a parade of acrobats, jugglers, and clowns to deliver a series of jaw-dropping acts inspired by the world of insects. Besides, who needs lion tamers when you have a collection of mind-boggling bugs?

The absurdist show takes place in the opulent Royal Albert Hall theatre. An egg that resembles a massive, oblong moon occupies center stage. Soon, the atmosphere is buzzing with both excitement and fantastically costumed insects as the scene transforms into a dazzling ecosystem teeming with life. 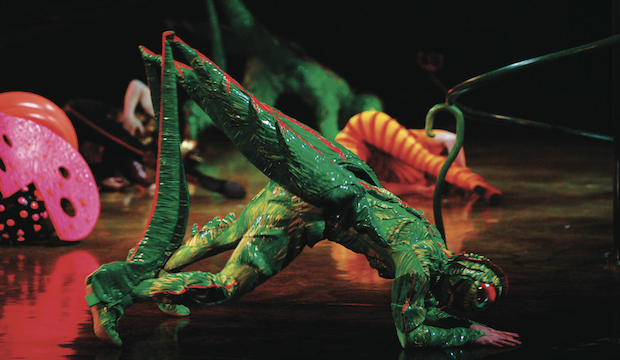 Ovo has a daring theme, accompanied by equally daring acts of aerial acrobatics. Sparkling scarabs soar over the audience's heads on the trapeze. Butterflies perform a physics-defying dance as they fly across the stage. Crickets leap kamikaze-style onto trampolines while creepy crawlies scale the wall behind them.

But the insect theme is best embodied by some of the more down-to-earth acts. Fireflies magically spin through the air as a juggler tosses balls of light at high speed. A white spider balances on her chin, contorting her legs until the audience grimaces. With perfect synchronicity, acrobatic ants use their feet to juggle kiwi slices and each other. Like a colony of ants, the Cirque du Soleil itself showcases an impressive display of teamwork.

The costumes and movements of the performers are surprisingly lifelike: you half expect to hear the melodious tones of David Attenborough narrating the insects' actions over the live score. 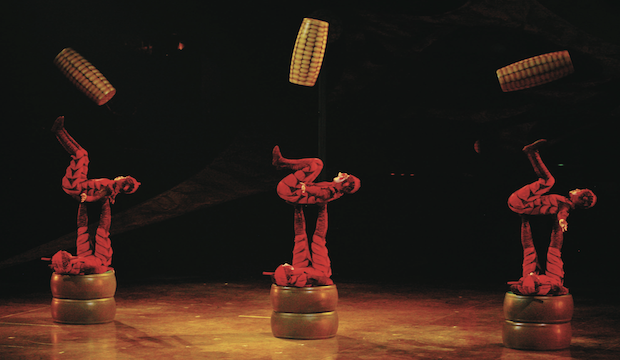 A loose, nonsensical narrative strings the show together instead. A beetle ringmaster stomps across the stage. A bright blue fly becomes besotted with a ladybird. The bugs are funny, eliciting laughs from the audience with their bodily humour and buzzing babble. Their endearing silliness offers redemption for clowns everywhere, much needed after It stalked our autumn nightmares in 2017.

The uncomfortable courtship between the fly and ladybird is the show's weakest aspect. A man chasing a reluctant lady(bird) around the stage is an exhausted trope, no matter how much she flutters her eyelashes. The whole premise feels particularly crass in light of the recent #MeToo movement.

Despite this, the Cirque du Soleil still brings a colourful dash of childhood wonder to shock you out of the winter blues. If you want a break from the grey streets of London (and adulthood), go see Ovo.