We tell you all you need to know about Lumiere London, the city-wide free light festival taking over the capital this weekend

12 CW readers are interested
Lumiere London Light Festival, 2018 Lumiere London Light Festival, 2018 Ella Cory-Wright
Last year, 1.3 million people popped on their winter coats and ventured out over four cold nights to watch London transform into a nocturnal outdoor exhibition, with projections illuminating some of London’s most defining monuments. This January, the free light installation show returns to douse London in colour for the third time, brightening up our gloomy but wonderful city at the darkest of times.

TRY CULTURE WHISPER
Receive free tickets & insider tips to unlock the best of London — direct to your inbox
From King’s Cross to the South Bank, the light festival stretches across much of London and has expanded from last year's 30 locations in a bid to to light up more of the city. The festival's six major districts (King's Cross, Fitzrovia, London's West End, Mayfair, Westminster & Victoria and South Bank & Waterloo) stretch both sides of the Thames. 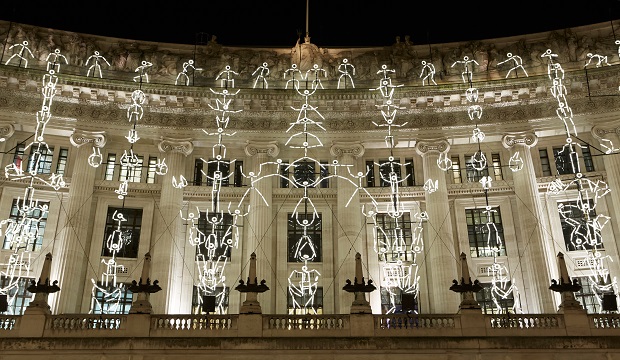 The 2018 programme, which includes over 50 mesmerising works by international artists, can be viewed here.

Crowds can look forward to a second installment of Patrice Warrener’s popular Light of the Spirit, which brought Westminster Abbey to colourful life last year. You can see King's Cross flooded in water and waves of ethereal blue light as Daan Roosegaarde's immersive Waterlicht is intsalled in Granary Square. Stroll through an undulating tunnel of light at South Bank and marvel at the Brutalist concrete of the National Theatre rendered animated, glowing, and liquefied, whilst the Leicester Square gardens are transformed into a rural idyll with curious nocturnal creatures.

Helen Marriage, the CEO of the arts charity behind the festival, Artichoke, looks forward to the festival’s reimagining of communal space: ‘Lumiere London is about more than the art: it’s about people sharing public space and re-discovering the city.’ 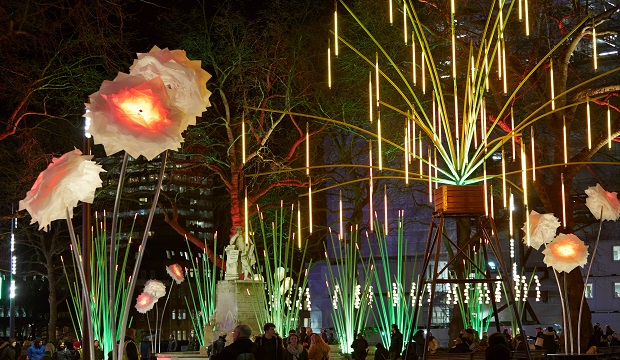 The best and most leisurely way to get around the festival is on foot, but if you do want to take public transport, check the TFL website in advance. Download the Lumiere app. map and guide, to help map your route, too.

Get outside and start your 2018 in spectacular fashion. 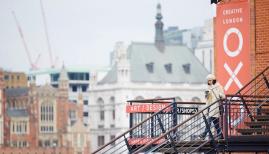