Harry Potter: Wizards Unite will soon be on your smartphone

Augmented reality game, Harry Potter: Wizards Unite, is landing in 2019 and will take Muggles and wizards alike on a magical quest through their own neighbourhoods 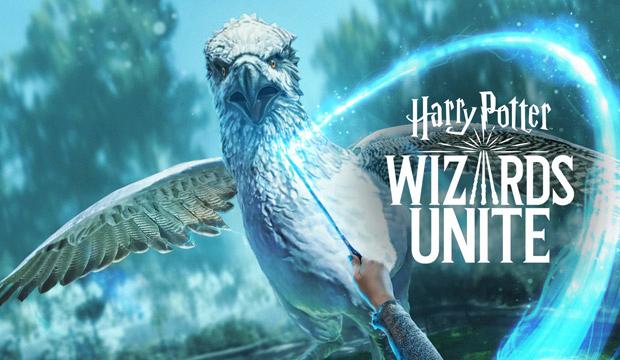 So we're afraid that 2019 is not likely to be the year you reduce your child's screentime.

The game, from Niantic (creators of Pokémon Go) and Warner Bros. Portkey Games, enlists players into the Statute of Secrecy task force to protect the wizarding world, imbuing their neighbourhoods with some Harry Potter magic – an unexplained calamity has made magical items appear in various places in the Muggle world. Hang on, was that just the golden snitch we spotted flying around Oxford Circus?

Players will cast spells, find magical creatures, people and artefacts (that they'll need to return to their proper place) and even locate Portkeys leading to some of the most iconic Harry Potter destinations, like Ollivander's. They can team up with other users at Fortresses to duel against dark wizards, Dementors and Death Eaters, replenish Spell Energy at local Inns and brew potions at local Greenhouses. The game also uses characters and devices from the Fantastic Beasts films.

You get to pick your own wizarding avatar – and finally make yourself the Gryffindor you always knew you were. We can't wait.

Interested? You can pre-register for the game on Google Play here (and if you need a Harry Potter fix before then, go play Quidditch on Hampstead Heath). If, like us, this is making you rue the day you deleted Pokémon Go from your phone last month (too distracting, unfortunately), then don't miss Detective Pikachu.