From the world's first zero-waste restaurant and two fancy food markets, to an opening from the Fat Duck's Jonny Lake and a new Lina Stores, London's restaurant scene is hotting up this autumn. We round up the tables every London foodie will want to find themselves dining at this season. 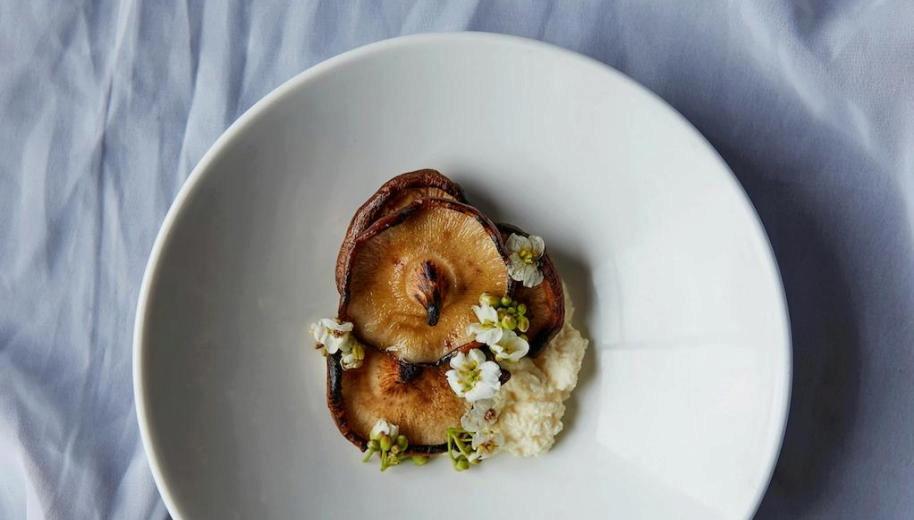 Award-winning chef Douglas McMaster opened the world’s first zero-waste restaurant, Silo, in Brighton back in 2014. It proved a success and paved the way for other restaurants to snub plastic and trade directly with farmers (among other things). McMaster has since closed his Brighton restaurant but only to bring it – name and all – to Hackney Wick in east London.

Silo ‘take two’ has set up camp in the White Building, occupying the same site as CRATE Brewery. But beers aren’t the only drinks being served: McMaster has brought in his existing collaborator Ryan Chetiyawardana (aka Mr Lyan, aka the World’s Best Barman ) to oversee the cocktails. Food wise, expect an all-day dining menu of seasonal, sustainable dishes, served in a post-industrial setting with an open-plan kitchen. 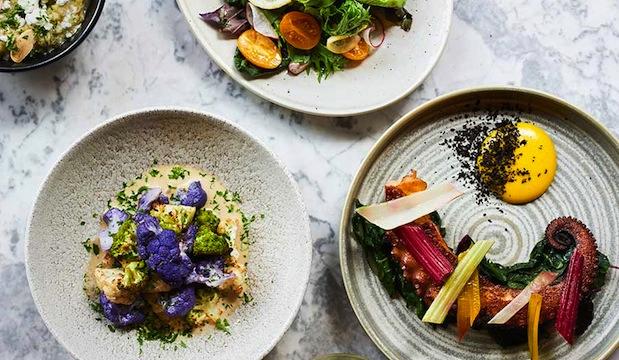 Haya translates as ‘life’ in Hebrew and with its plant-adorned dining room, this new Notting Hill eatery from Victoria Paltina certainly looks life-giving. And it's likely to taste it, too: inspired by the vibrant food scene she discovered on visits to Tel Aviv, Paltina has focused on Mediterranean small plates with an Israeli influence. Head chef Oren King (of Dinner by Heston Blumenthal and before that ROKA), is in charge of the kitchen. Expect sumptious dishes such as burrata with loquat compote; zaatar duck breast and freekeh risotto; and spiced lamb cutlets with honey yoghurt. 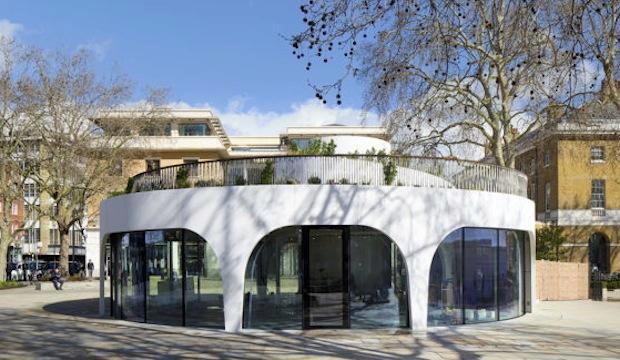 It wouldn’t be an exaggeration to say Aussie-inspired restaurant group Caravan has revolutionised the brunch scene in London. With a slew of successful branches across the city, the group is now launching a new restaurant, Vardo, housed inside the striking cylindrical pavilion on Duke of York Square in Chelsea. Like Caravan, Vardo is open all day, serving breakfast, lunch and dinner. The focus at Vardo is on ‘low and slow’ cooking, with dishes on the menu expected to include charred aubergine with saffron buttermilk dressing and grilled Turkish chilli; and Baharat-rubbed lamb cutlets served with green harissa and tahini. 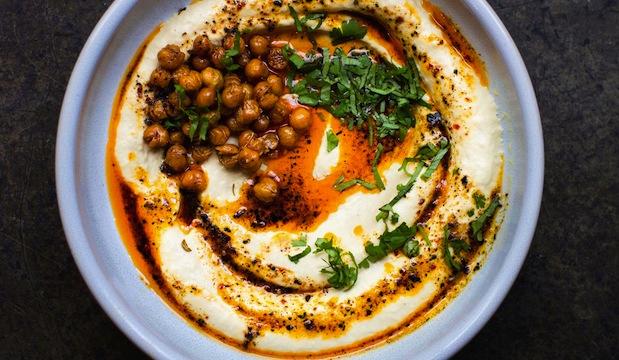 Marc Summers (former general manager of Berber & Q) has joined forces with chef Helen Graham (The Palomar, The Barbary and The Good Egg), to open Bubala, a Middle Eastern joint in Spitalfields serving exclusively vegetarian food. Having run the concept as a series of supper clubs over the past year, the pair are confident in their offering – and given their credentials, so are we. Menu highlights include a dish of fried aubergine with zhoug and date syrup; and confit Potato Latkes, served with garlicky toum. Bubala means darling in Yiddish. Here's to Graham and Summers’ new eatery becoming a darling of London’s restaurant scene. 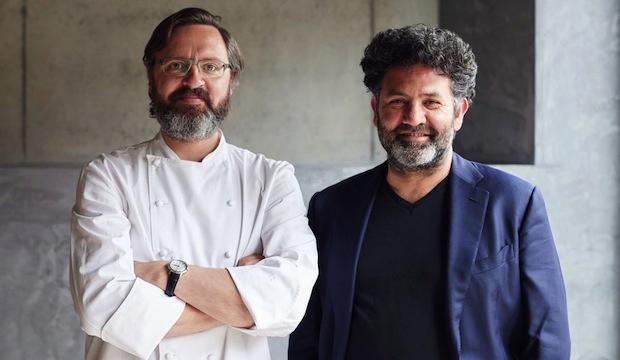 They helped Heston Blumenthal’s restaurant The Fat Duck into the number one spot on the World’s 50 Best Restaurants list in 2005, and after 12 years of collaborating there, chef Jonny Lake and sommelier Isa Bal have paired up again to open their own restaurant and wine bar, Trivet, in London Bridge. Expect a more informal dining experience to that of The Fat Duck, but one that’s equally attune to fine flavours. 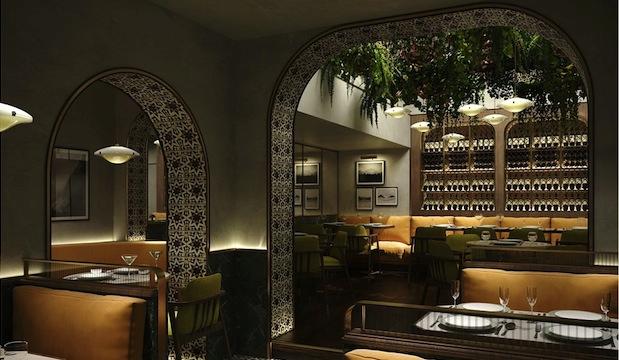 Ex-Salt Yard chef Ben Tish has spent the last year as chef director of the Stafford Hotel in Mayfair. Now, both he and his collaborators at the Stafford are working together on a new project: turning a three-storey townhouse in Fitzrovia into a Sicilian restaurant decked out with Moorish influences.

Called Norma, the stylish restaurant offers a traditional Italian-style menu on the ground and first floors, featuring anti-pasti, pasta dishes, and grilled meats and fish. Up on the third floor, meanwhile, there’s a crudo bar serving raw, seasonal seafood, plus a cocktail bar and private dining space ideal for hosting a larger group. 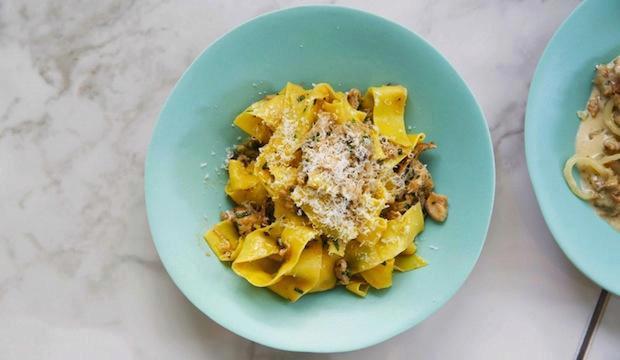 A second brand of deli-cum-pasta parlour Lina Stores is opening in Granary Square this autumn. The King’s Cross site, larger than the Soho original, also houses a second branch of the 75-year-old deli, marking the first time both the brand’s deli and restaurant have been under one roof. Expect a larger menu featuring signature dishes that celebrate Lina Store’s age-old recipes, as well as those plucked from the chef’s family history. 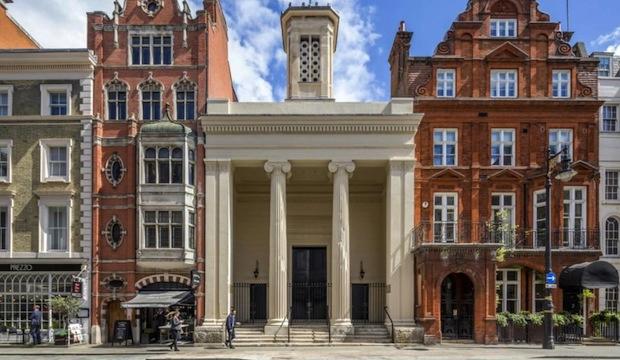 Housed in the beautiful Grade I-listed St Mark's Church, Mercato Mayfair is a new opening from the team behind Mercato Metropolitano – Elephant and Castle’s upmarket, Italian-led food hall. Here, the focus is on food education and social responsibility. Expect to find ‘cuisine counters’, restaurants, delis, coffee shops and bottle stores across the four floors of the site. While the sweet-toothed can also look forward to a gelato stall, cocktail bar and patisserie. Look out for the venue’s programme of events and workshops which are being held in the site’s vaulted basement. 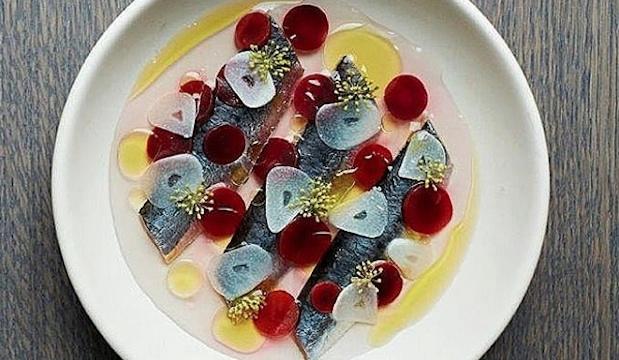 Having collaborated together at Chiltern Firehouse, working alongside head chef Nuno Mendes to make it the success it is today, chef Patrick Powell and property developer Harry Handelsman have their sights set on new heights, quite literally. The pair are opening Allegra, a fine-dining restaurant on the seventh floor of The Stratford (formerly Manhattan Loft Gardens) in east London. The site, owned by Handelsman, boasts a roof terrace kitted out with its own herb garden plus a walk-in wine room, where guests are guided by the restaurant’s sommelier in finding the right bottle for their meal. 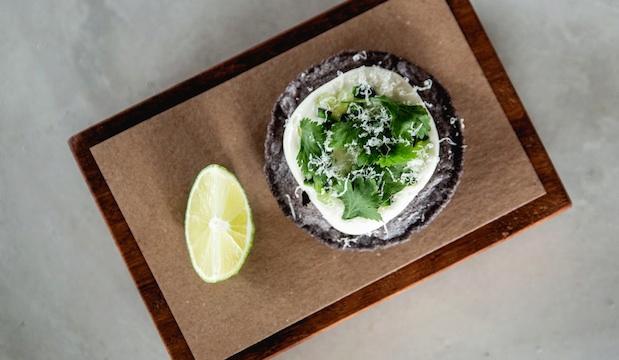 Acclaimed chef Peter Sanchez-Iglesias has already made a name for himself in Bristol, where both his restaurants – Casamia and Paco Tapas – have Michelin stars. Now, he’s looking to London and specifically King’s Cross, where he’s opening Decimo on the 10th floor of the Standard hotel.

The menu at the 114-cover restaurant focuses on ‘live fire’ Spanish and Mexican dishes (think meat and seafood cooked over an open flame), plus sharing small plates including tacos, jamon croquetas and caviar-topped tortillas. Diners can choose between an a la carte service or two chef’s tasting menus (priced at £65 or £95 per head). Dining alone? You can eat in peace at the standalone bar. Coming with a big group? Make use of one of Decimo’s two private dining rooms. Like the rest of the hotel, the restaurant has been designed by the Standard’s long-term collaborator Shawn Hausman and reflects his commitment to using materials from around the world. All in all, Decimo is truly one of the most anticipated and gastronomically exciting restaurant openings of 2019. 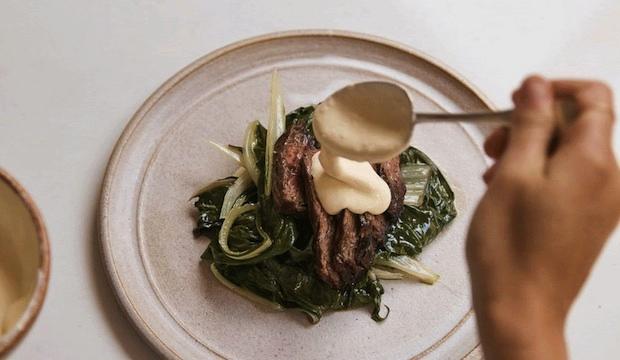 She revolutionised the way we think of porridge with her first restaurant, 26 Grains in Neal’s Yard, now Alex Hely-Hutchinson is opening a second restaurant, Stoney Street, in the heart of Borough Market. At the helm of the kitchen is Henrietta Inman (of Yardarm in Leyton), who at breakfast will be cooking up similar porridge bowls to those loved at Hely-Hutchinson’s first outpost, along with wholesome savoury plates and pastries.

Lunch follows a similarly pared-back approach. Expect small plates such as warm chicory, pear and raclette salad; and larger dishes of interestingly-filled focaccia sandwiches and stews. Unlike 26 Grains, Stoney Street serves dinner, too. Visit then to see the space lit by candles, while simple plates and pasta dishes – such as the pappardelle with a sauce of wild mushroom, sorrel, tarragon and egg yolk – are the order of the day.

If you like what you try, you can buy boxes of home-baked granola, jars of locally-sourced honey and loaves of fresh bread to recreate your own breakfast feast at home. 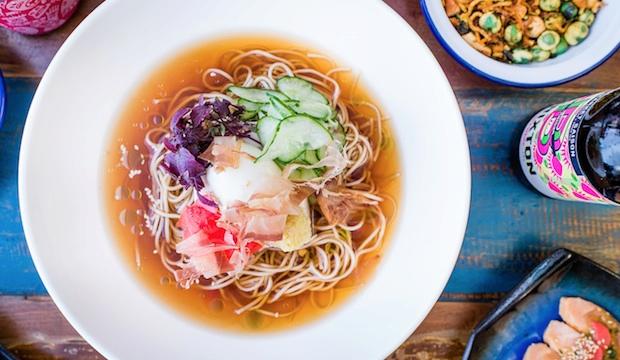 Founded back in 2012 by Petra Barran – whose vision was to seek out and unite the most exciting names in street food talent – KERB has since launched eight popular food markets across London, five of which are still in action. But Seven Dials Market marks the first permanent home of the collective – and it’s covered, too. The market has taken up residency in Thomas Neal’s Warehouse on Short’s Gardens, a 19th century space formerly used to store bananas and cucumbers.

Replacing its usual food trucks with polished counters, KERB Seven Dials houses a mix of street food traders, deli stalls, a florist and a bookshop. Among the 26 traders is a second branch of Brixton-born Nanban, the Japanese ‘soul food’ restaurant from Masterchef winner Tim Anderson. The market is also home to the world’s first cheese conveyor belt, Pick & Cheese, and the team behind purse-friendly pizza chain Franco Manca are opening an exciting new pasta restaurant, Strozzapreti, there in due course. 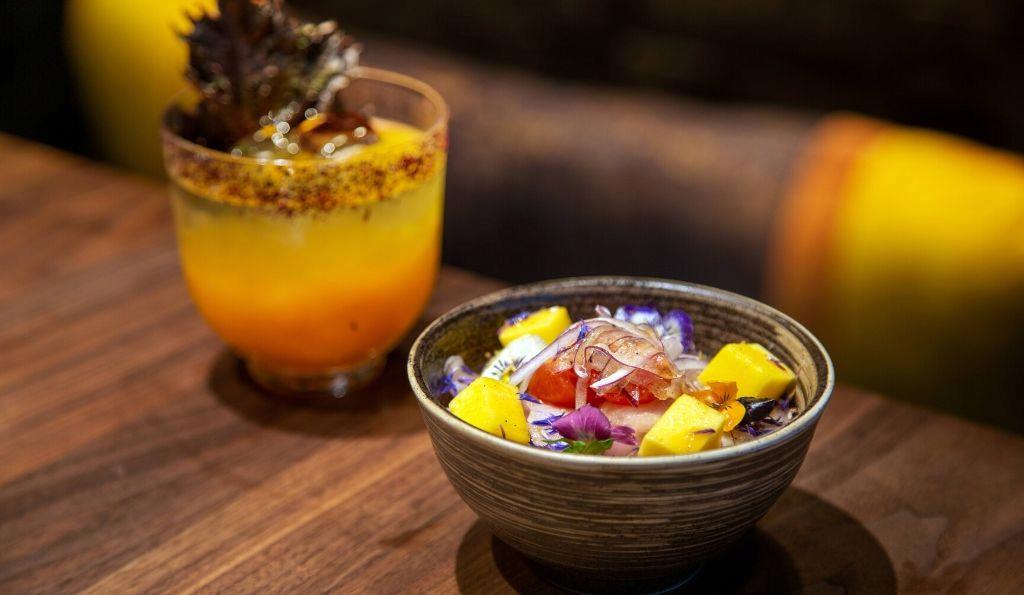 When the Nobu group decided to bring its stylish restaurant/hotel hybrid to London in 2017, it picked Shoreditch, an area now known for its swanky design hotels and trendy restaurants. The Nobu Hotel not only brought a modern Japanese restaurant fit for 200 guests to east London, but also glamorous rooms and a buzzing bar.

Now Nobu has expanded its offering once more, this time by opening a new, achingly cool 'supper bar' in the hotel. Nami is an informal alternative to the adjacent restaurant where diners can sip on delectable cocktails such as their mango and passion fruit martini (decorated with fruit maki) and share small plates inspired by Japanese street food. We especially loved their wagyu beef burger and dashi fries which we followed up with the softest, melt-in-your-mouth mochi. Go for an evening of delicious food, but also stunning art, as the space is decorated with immersive animations that will make you feel as if you've stepped into a Studio Ghibli film.