Five years later, the award-winning chef has closed Silo in Brighton, but only to bring the restaurant – name and all – to Hackney Wick in London. Silo ‘take two’ has set up camp in the White Building, occupying the same site as CRATE Brewery. (The team behind the brewery is working with McMaster to employ his sustainability hacks across the rest of the site.) But beers aren’t the only drinks being served: McMaster has brought in his existing collaborator Ryan Chetiyawardana (aka Mr Lyan,aka the World’s Best Barman ) to oversee the cocktails. 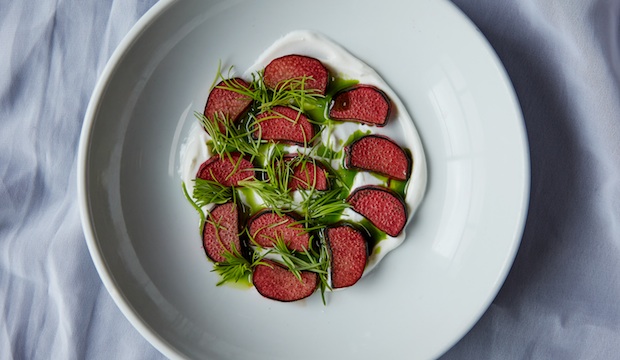 It’s not an exaggeration to say Silo was revolutionary when it opened in Brighton. Tucked away on a quieter spot of the North Laine, the open-plan, eco-chic restaurant was run on a simple motto: ‘trash is for tossers’. Thankfully, this didn’t mean diners were forced to stay at the table until they’d finished every morsel on their plates (although they wouldn’t struggle to: the food was delicious and the portions small). It was what McMaster and his team did with the waste that earned them the title.

Silo served locally-sourced produce, turned leftover food into compost, projected its short and snappy menu onto the wall (instead of printing on paper) and avoided using products that came in plastic containers. Much of this might sound relatively common place in 2019, but the restaurant was leading the way with sustainable dining half a decade ago. 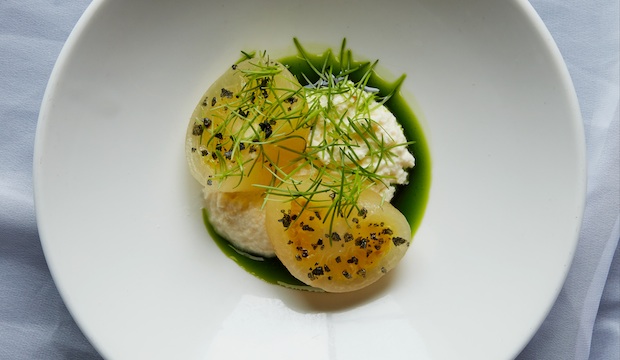 Yellow tomato brined in a bath of douglas fir

McMaster had been ready to make the move to London for some time, voicing his displeasure with Brighton and its residents quite publically in an interview with Big Hospitality magazine in 2017. Despite Silo’s positioning in the UK's only constituency to be represented by a Green MP, the chef said he felt ‘Brighton is not the town for such a forward-thinking restaurant’ and that he’d had to ‘dumb down’ his zero-waste concept to make it palatable for local tastes.

Predictably, this led to an uproar, with locals writing into the local paper, The Argus, to say it was Silo’s overpricing that kept them away, not a lack of understanding of the food. Still, the restaurant remained busy until its final days and is likely to leave a void in the bellies of many.

Silo is not McMaster’s first London venture. The chef is among the starry team behind Cub, along with none other than the king of the cocktails Ryan Chetiyawardana (aka Mr Lyan). Here, all food has been purchased from renewable sources, while the restaurant’s interiors are compiled from reused materials – including the tables, which have been made from recycled yoghurt pots. But in bringing Silo to London, McMaster hopes to take his vision further. 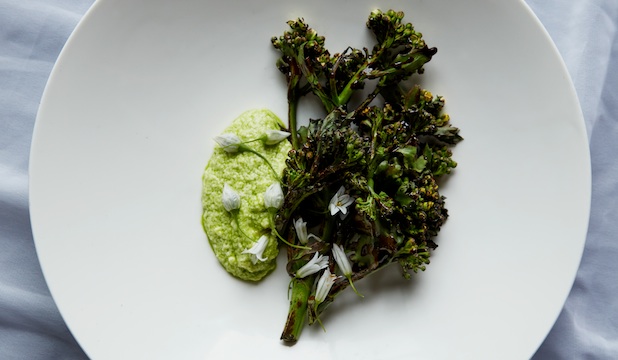 The Hackney opening is an ‘innovative evolution of Silo Brighton’, according to its founder. Here, furniture has been made from post-industrial materials, while an open kitchen complete with a burning fire roars at the restaurant’s centre. Those keen to see the magic happen can pull up a seat at a large counter made from recycled glass bottles and watch the chefs at work.

As was the case at the original, Silo is open all day. Those who arrive early can tuck into the likes of porridge topped with seasonal fruit, or coddled eggs with kimchi, black pudding and freshly-baked sourdough. Those who come later can choose from 15 items on an ever-changing menu (the inaugural dish of mackerel tartare with purple daikon and miso has piqued our interest), or hand over control by choosing the four-course tasting menu. 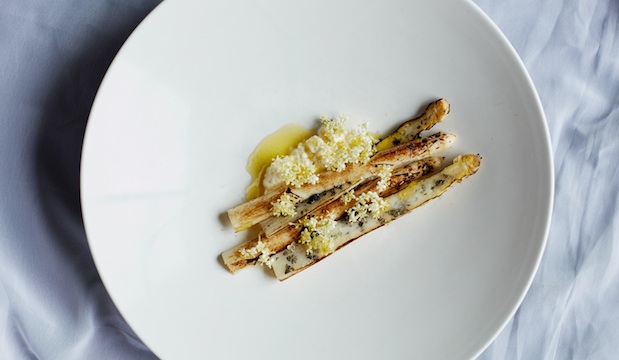 As was the way in Brighton, McMaster and his team trade directly with farmers and compost any leftovers using the kitchen’s own compost machine. Wines are British, sourced from artisanal producers such as Tillingham in Sussex, which specialises in biodynamic wines. But why go in for vino when you can sip on one of Mr Lyan’s concoctions?

Silo may be the world’s first zero-waste restaurant, but thankfully others are catching up. Whether the restaurant turns heads and reaps a steady footfall in a pocket of London already saturated with vegan and plastic-free eateries is yet to be seen. For now, Brighton’s loss is London’s gain, and we welcome Silo with open arms. 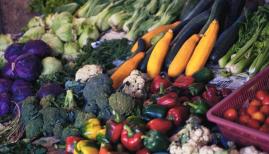 Here are the cool initiatives tackling food waste in London 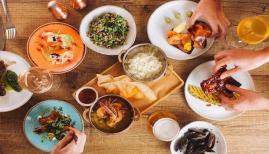