Where to eat wild game in London

British shooting season results in plenty of wild grouse, pheasant, partridge and venison, and London restaurants are getting increasingly skilled at showcasing this low-fat, high-protein meat.

Currently, 72% of Brits don't eat game, mostly because they're wary of provenance, the strong flavour or the old-fashioned Downton Abbey connotations.

But with chefs shaking up their game cuisine, there are plenty of wildly different ways to feast this autumn. We round up the best restaurants in London for wild game. 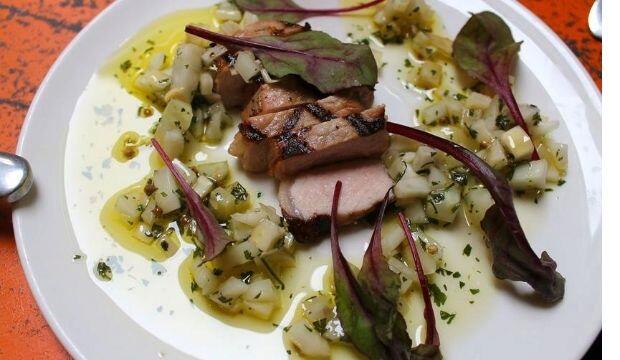 Farm-to-table, sustainable cuisine is always the order of the day at the Gladwin brothers’ Notting Hill restaurant The Shed. Most food served up here was grown or reared on the brothers’ farm in Nutbourne, West Sussex. For game season, they’ve travelled a little further afield to the Yorkshire Dales, but are proudly bringing back the first 100 grouse of the season in time for the Glorious Twelfth, when visitors can enjoy it as part of a special six-course tasting menu.

In addition, look forward to the likes of Queenie scallops and Cornish oysters; Sussex courgette & Nutbourne tomato tartlet; and Squirrel tortellini served with vegetable consommé – all of which can be enjoyed with wine from the Nutbourne vineyard. 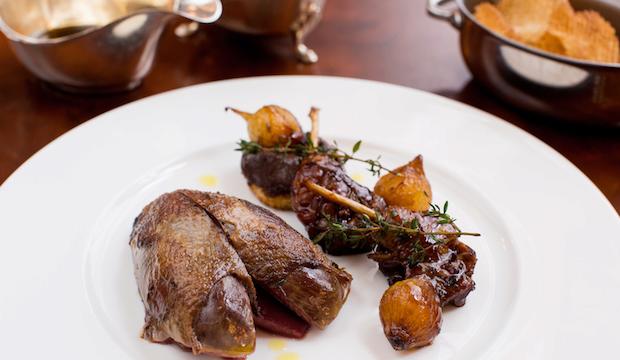 Game Bird at The Stafford Hotel

The name says it all: The Game Bird is a love letter to game. It is the showstopper at this beguiling restaurant in Mayfair's cosseting The Stafford hotel, which has a beautiful, secluded cobbled courtyard for sunny cocktails from its American bar too.

Ben Tish, formerly of The Salt Yard Group, author of Moorish and creator of soon-to-open Sicilian Norma, is Chef Director and oversees the menu with brilliant takes on traditional dishes superbly executed by chef Jozef Rogulski.

Don't miss arguably the most sublime, coarse chopped steak tartare in town with charcoal mayonnaise. Besides an impressive choice of game paraded in bespoke cabinets within the dining room, the giant chicken kiev oozing with truffle butter demands to be sampled. Helpfully, diners are given rather chic leather bibs for damage limitation! The waiters are chatty and the whole experience is much more fun than the plump cushioned, old-fashionedly luxurious surroundings might suggest. 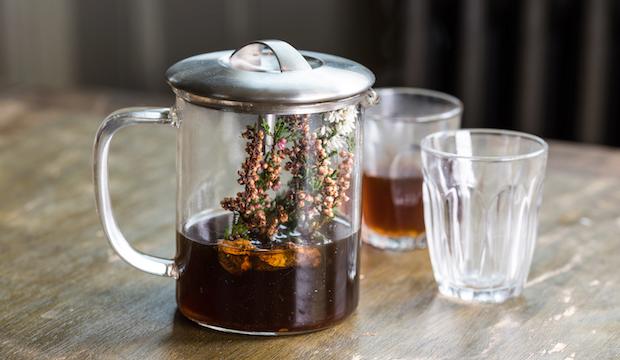 Abé adores game and cooks it with evident passion and precision, from the quail's egg Scotch egg bar snacks to whole roast grouse, pheasant, woodcock, snipe and mallard added to the menu seasonally. Out of bird season, there's often muntjac Wellington with puff pastry made in house: crisp, flaky, ethereal and delicious. 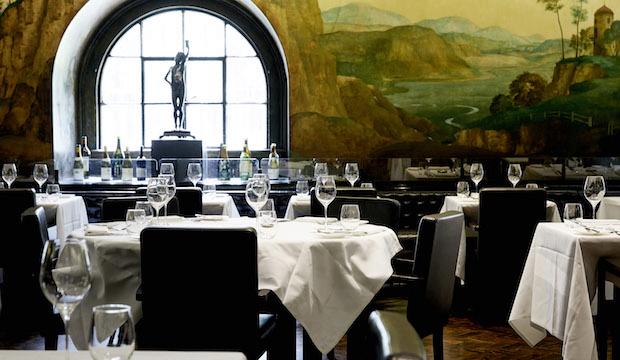 'In pursuit of wild game' is the subject of the exquisite Rex Whistler mural painted directly onto the curved walls of the formal restaurant at Tate Britain.

It's a fittingly civilised initiation for first-time grouse eaters. The kitchen has done the hard work and the meat, notably delicate with a gentle rustle of heather-covered moors, is served off the bone. Second helpings of bread sauce would have been welcomed by those of us who are helplessly addicted. The restaurant is famed for its vast wine cellars and immensely knowledgeable sommeliers, so it's worth asking them to select you something to really complement the gamey flavours. 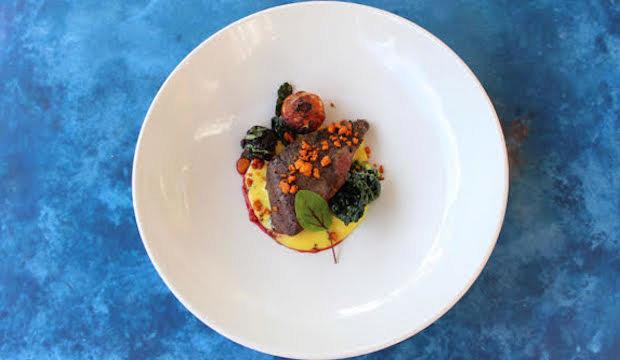 Baluchi at The Lalit

A tasting menu dedicated entirely to game is on offer at glamorous Bermondsey hotel, The Lalit. Once the assembly hall of St Olave's grammar school, the dining room has a soaring blue ceiling and vast Indian chandeliers. And the adjoining cocktail bar, where they shake svelte saffron martinis, has a mother-of-pearl ceiling.

Grouse is served dramatically, smoking on a plate piled with hay under a glass dome. It is accompanied by tandoori turnip, blackberry and a light coconut sauce. It's different to any other grouse recipe ever experienced and all the more delicious for its creativity.

Appetites may be faltering at a fourth game course: spiced venison with salsify, beetroot powder, black dhal and moreish Naan bread. Lentil and yoghurt ice cream is curious and not as successful as the squidgy comfort of lime, chocolate and liquorice cake.

As well as being one of the most interesting restaurants to try game, Baluchi now deservedly ranks among London's leading Indian restaurants. 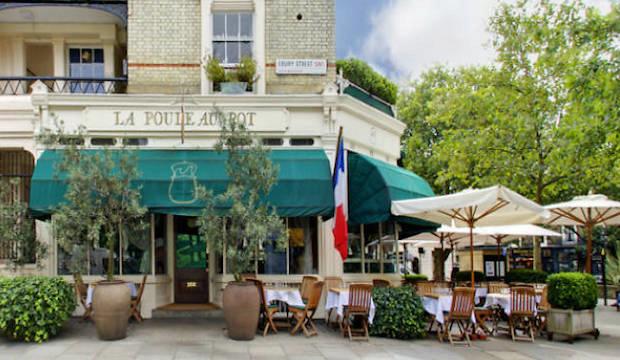 La Poule au Pot, French sister of British restaurant Maggie Jones, has been a romantic Belgravia destination for ever. It is so dated that it is fashionable again with its intimate nooks and festoons of dried flowers (far chicer than the lurid fake flowers that adorn so many restaurant doorways) and intriguing Francophile brocante.

It's cosy and intimate in winter and only regulars know about the extensive outdoor seating area that makes the restaurant one of the most desirable al fresco destinations.

Classic French dishes are served in generous portions with exuberant panache. Start with oysters, move on to classic whole grouse with celeriac purée and blackcurrant sauce and finish with a classic crème brûlée. 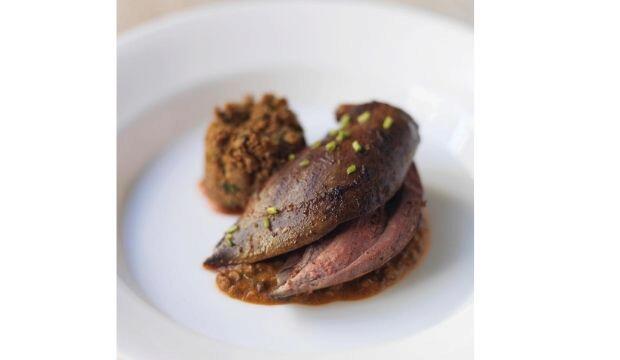 Fusing British customs surrounding the Glorious Twelfth with India’s ancient hunting traditions, acclaimed chef Vivek Singh is once again creating an inspired and innovative menu for game season. Highlights include a special dish of spiced and smoked grouse breast with ‘Tawa tak-a-tak’ game and mushroom keema, served with creamy black lentils. This and other dishes that marry British game with exotic spices of the east can be enjoyed in the high-ceilinged, book-adorned dining room of the Cinnamon Club’s Grade II-listed home. 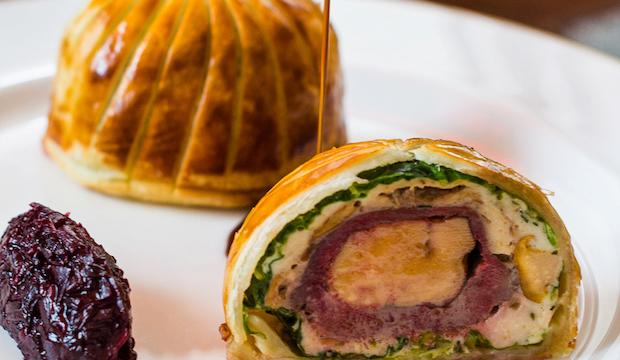 Come game season, the restaurant signature dishes are a rich and fragrant grouse broth and a decadent, exquisitely made grouse and foie gras pie served with blackberry and shallot chutney finished with malt gravy. 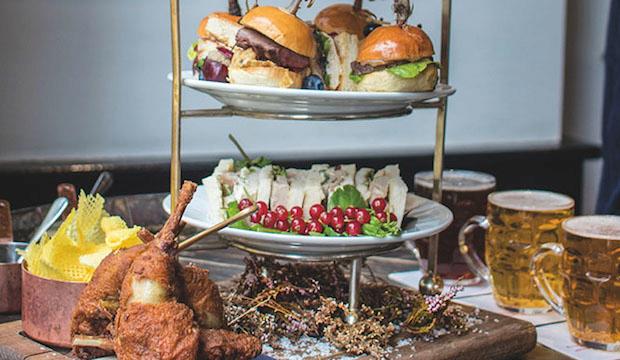 Renowned for offering the widest choice of game including even the most recherché birds, The Jugged Hare also serves London's only game afternoon tea.

Together with Glenfiddich whisky, The Jugged Hare is also offering a limited-edition, experimental game menu including game eclairs and game croquettes matched with whiskies.