In a year that has so far brought an inconceivable amount of suffering to the hospitality industry, there are mercifully blue skies ahead. As restaurants across the country continue to find their feet after months of being shuttered, several shiny new eateries are finally opening their doors, in some cases months later than planned.

From HIDE's Luke Selby taking over the stoves at Evelyn's Table to the fish restaurant inviting an intimate group of diners behind the kitchen doors, here are the London restaurant openings to get excited about this autumn. 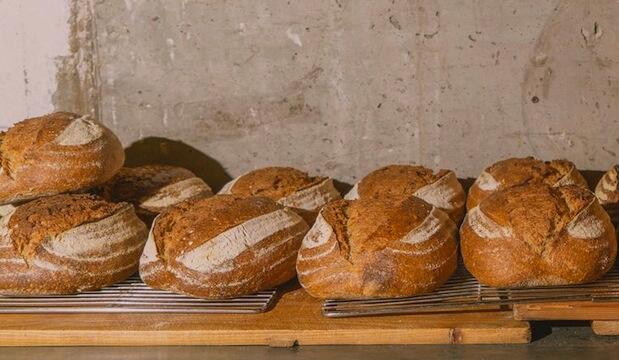 Big Jo: another brill bakery from the Jolene team

Fans of Newington Green’s superlative bakery-cum-restaurant Jolene can rejoice, because its founders have opened a larger site near Finsbury Park that’s also both bakery and restaurant. Big Jo is the latest offering from David Gingell and Jeremie Cometto-Lingenheim and, like older sister Jolene, Big Jo boasts its own bakery and flour mill. The menu is very much dough-led: from croissants and Danish pastries in the morning to the main offering of innovative takes on pizza (though there’s a selection of seasonal small plates too). Early reviews are glowing – and with pizza prices starting at just £6.50 per slice, this is eating out that the masses can enjoy. 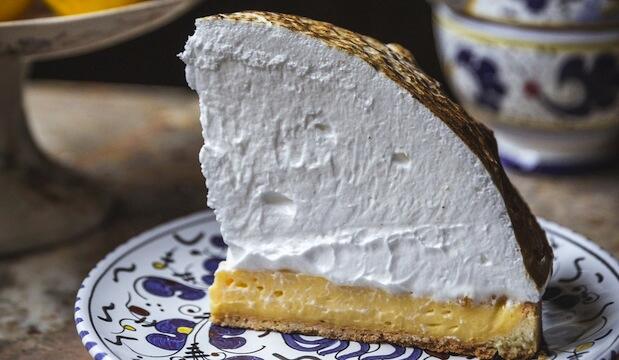 First, they lured us in to the decadent, fun-loving dining rooms of their London outposts Gloria and Circolo Popolare, now the Big Mamma group is offering us the chance to tuck into some of their most popular dishes and an all-new menu from home. This isn’t just a case of a restaurant launching home delivery – something we’re now well-acquainted with and thankful for following the lockdown – but an entirely new arm to the business. Called Napoli Gang, the delivery service is being trialed first in Shoreditch (home to Gloria) and Kentish Town, before being rolled out across the majority of zones one and two.

Among the offering are some sumptuous-sounding pizzas, including the Truffle Squad (mozzarella fior di latte with fresh ricotta di bufala, black truffle cream, fresh seasonal truffle and button mushrooms sautéed with Sicilian thyme), and existing favourites: the 10-layer lasagne and cliff-edge lemon meringue pie among them. 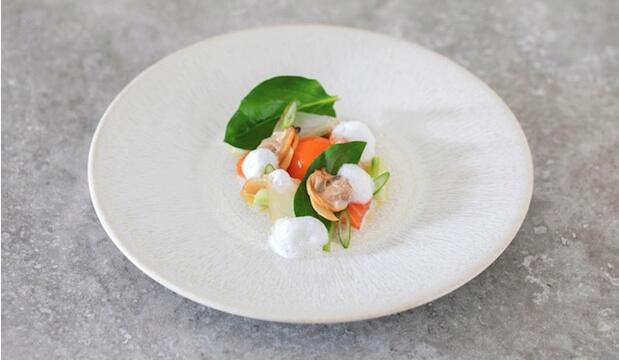 There are plenty of reasons to be excited about chef Andy Beynon’s first solo venture, a fish-focused chef’s table restaurant, Behind, perched close to London Fields. For starters, Beynon spent much of the past decade honing his skills in Michelin-starred establishments across the country before a stint as development chef for Jason Atherton’s restaurant group. Even more thrilling is the innovative concept upon which Behind has been founded. No dining room here, instead, the intimate 18-seater restaurant invites diners through the kitchen doors to eat an eight-course tasting menu sitting around a counter, discussing the various dishes with chefs and one another as you go.

The fish-led menu changes daily, with example dishes including a Cornish blue lobster with an English muffin and yuzu; and hake with cauliflower, emerald ice kale and roasted squid broth. Drinks, meanwhile, favour Beynon’s love of sours and can be enjoyed in the restaurant bar opposite. 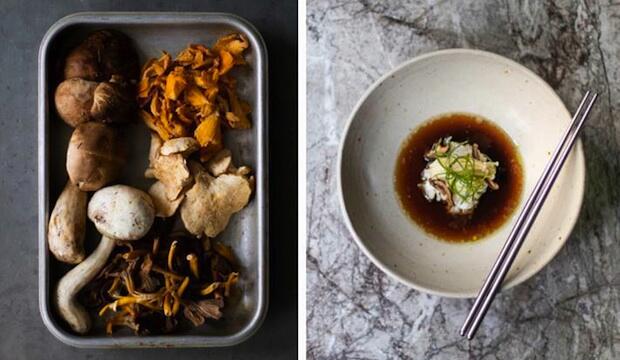 Evelyn’s Table, the exclusive 10-seat counter restaurant in the basement of trendy pub-meets-cocktail-bar-and-restaurant The Blue Posts, has welcomed in a new team to run the kitchen. Luke Selby, former head chef of Ollie Dabbous’ HIDE, now heads up the space, working with his brothers Nat and Theo. While former head chef Nacho Pinilla’s menu was a celebration of pasta, the Selby brothers have transformed the offering into a five-course tasting menu, using British produce to showcase Japanese and French flavours.

There are just two dinner sittings at this snug joint, at 6pm and 8pm respectively, and the monthly-changing menu costs £55 a head. The drinks menu, meanwhile, is overseen by ex-Noma Mexico sommelier Honey Spencer, who’s also in charge of The Blue Posts’ first-floor bar The Mulwray. 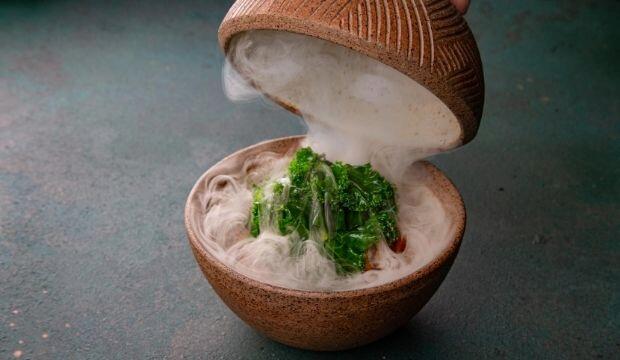 Akoko is the first project from last year’s MasterChef: The Professionals finalist William JM Chilila. He'll be opening this West-African influenced restaurant in Fitzrovia. It looks very cool with bespoke ceramics inspired by the legendary West African 1960s ‘Queen of Pottery’, Ladi Kwali. In fact, every detail of Akoko’s interiors have been crafted by designer René Dekker to showcase the ‘natural beauty, simplicity and earthiness’ of West Africa’s rural areas. 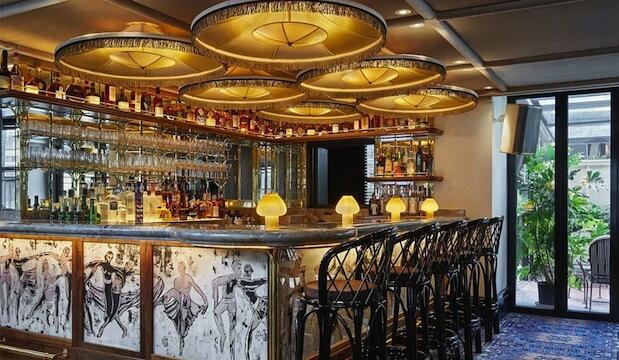 This could be one of the hottest openings of 2020 and the most original: Louie, which is named after Louis Armstrong (despite the different spelling), brings American chef Slade Rushing – a five-time James Beard award nominee (a barometer of American culinary excellence) – to London. Here, he'll be bringing a blend of flavours from New Orleans, Paris and London to the menu.

The restaurant is a joint venture between Chiltern Firehouse’s Guillaume Glipa and Paris Society, whose Parisian restaurants such as Loulou are extremely hot right now, so expectations are high. It is on the former L’Atelier Robuchon site, right by The Ivy in the heart of Theatreland. What’s more, the four-storey townhouse boasts a roof terrace where live brass bands are expected to play, transporting diners one step closer to NOLA. 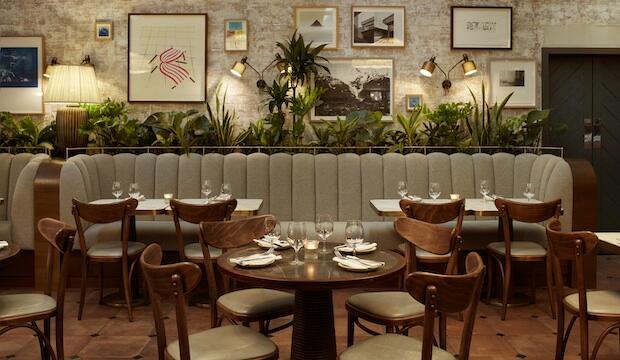 The restaurant at The Hoxton, Holborn is getting a culinary makeover – and you’ll want to sample the results. Relaunching as Rondo, the new restaurant and wine bar has been created in collaboration with Quality Chop House, Portland, and Clipstone co-owner William Lander, and has Chris Gillard (formery St. John) at the helm in the kitchen. Look forward to a fresh, seasonal menu dotted with pickled goods and sweetened with tarts, trifles and other refined takes on classic desserts, all of which can be enjoyed in the sophisticated and design-led setting of The Hoxton. 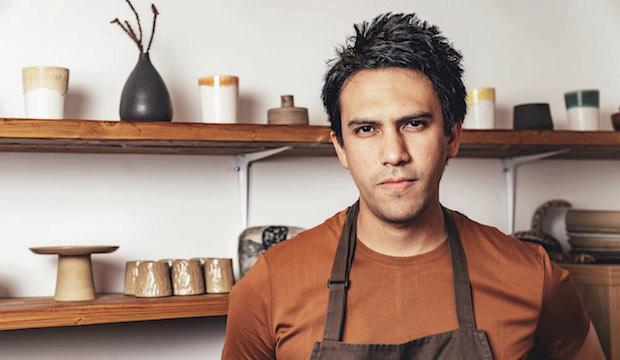 Kol: Mexican meets British with a touch of Noma's magic

High-end Mexican may still become a significant trend for 2020, led by Santiago Lastra, the chef who project-managed Noma’s Mexican pop-up. Lastra’s name may also be familiar from several residencies at Carousel. Kol, meaning cabbage, and plentiful seasonal foods not usually associated with fine dining will be key to his Marylebone offer. Latra has spent the last two years researching and sourcing British suppliers for his Mexican-nuanced menu.

Expect thrilling new culinary combinations from langoustine tacos with sea buckthorn and kohlrabi ceviche to lamb leg tostada cured in gooseberries with walnut oil and fermented chilli. Desserts include an intriguing chocolate tamales with corn husk ice-cream. The mostly biodynamic wine list is mainly sourced from central and eastern Europe and includes a Slovakian house wine. There will be a tortilla station and open kitchen, plus downstairs a chef’s table and a mezcaleria, serving – guess what – artisanal mezcals and rare agave spirits besides cocktails. 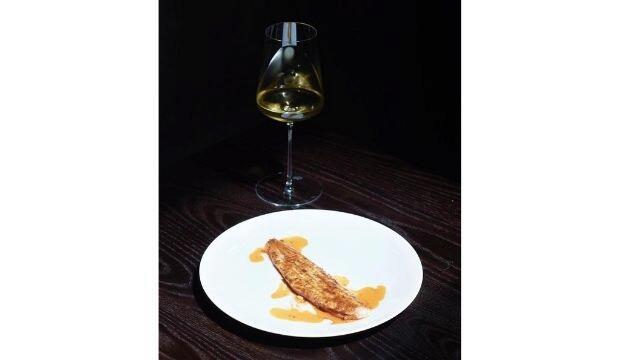 There’s great anticipation in Soho as wine-bar-cum-restaurant Noble Rot, owned by Dan Keeling an Mark Andrew, is opening on the historic site of The Gay Hussar. The menu, created by chef Paul Weaver with input from Stephen Harris – of Whitstable’s widely acclaimed The Sportsman – will include subtle references to The Gay Hussar's Hungarian glory days. 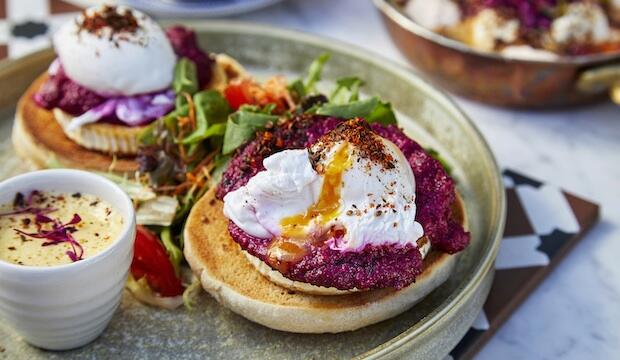 Beam: a Notting Hill outpost for the neighbourhood café

Putting brunch firmly back on the ‘to do’ list this autumn is Beam, a chic, airy café with big sibling branches in Crouch End (opened in 2013) and Highbury (since 2018). The new arrival can be found on Notting Hill’s popular, polished Westbourne Grove – meaning you can enjoy smashed avocado with a side of people watching. 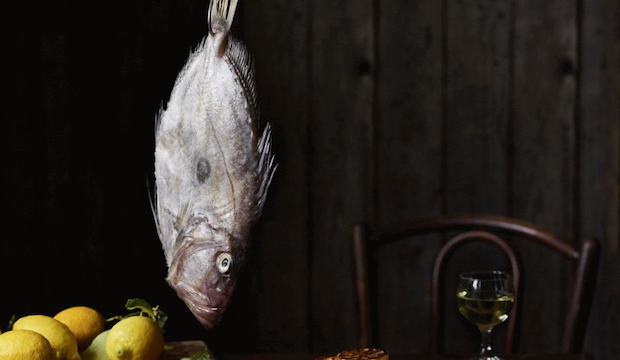 Maison François: a traditional brasserie in the heart of St James’s

Better late than never: traditional brasserie and wine bar Maison François was originally due to open in St James’s in the spring, but plans were of course put on hold following the outbreak of Covid-19. The restaurant is run by François O’Neill, for whom hospitality is ingrained in the family: his father Hugo co-founded Brasserie St Quentin in 1980, with François transforming it into the much-loved Brompton Bar & Grill in 2008.

The kitchen is headed by Matthew Ryle, who honed his culinary skills at The Dorchester before taking on the prestigious post of head chef at Isabel. Ryle’s name also reached a whole new crowd when the chef made it to the finals of MasterChef: The Professionals in 2018.

Seated below elegant art deco chandeliers, look forward to freshly baked goods in the morning, followed by the likes of Loch Ryan oysters, rustic terrines and house-cured charcuterie later in the day. French classics such as Reblochon gougères and jambon noir de Biggore feature too, as do handmade pasta dishes and wood-fired specials. A dessert trolley boasting gorgeously presented classics (layered gâteau Marjolaine and fruit tarts among them) will rattle to your table before you leave, and a laid-back, downstairs bar, Frank’s, might hold you hostage late into the evening. 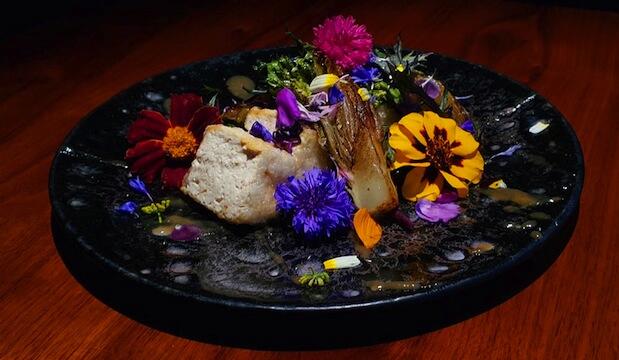 The team behind Mayfair’s popular, petite Japanese joint Taka is taking the concept of the modest original and planting it in a swish, spacious venue in Marylebone. The elegant new space has been designed by B3 Designers, whose credits include the gorgeous dining rooms of Roka, Hakkasan and Gymkhana.

Head chef Jonathan Dowling is being joined in the kitchen by chef Taiji Maruyama (Beaverbrook and Nobu), who he worked with at the Beaverbrook Hotel. The small plate-led menu focuses on hot and grilled dishes as well as sushi and a sumptuous sounding (and no doubt Instagrammable) wagyu sando. Meanwhile for dessert, at one end of the scale sits a refreshing and light Thai basil sorbet, while at the other, there’s a decadent-sounding deep-fried malted milk with chocolate and honey.

Weekend brunch is expected to be another big pull at Taka. Look forward to unusual delights including waffles and pancakes with a Japanese twist. And whenever you visit, do explore the cocktail menu, from which the Roku gin cocktail with homemade edamame purée, yuzu and cloudy sake sounds particularly enticing.