Several of London’s hottest restaurants can be found in pop-up form at Arcade Food Theatre, a new Soho food hub serving only the best

4 CW readers are interested
Arcade Food Theatre at Centre point, Soho Arcade Food Theatre at Centre point, Soho Rut Gjefsen
What do you get if you take the concept of a food court (lots of eateries under one roof with some communal seating in the middle) but fill said space with delectable restaurants, buzzing bars and chic furnishings? In this case, Arcade Food Theatre. This new 'food court' has taken a concept that's usually the reserve of shopping centres, airports and motorway service stations, and made one that's hip, plush and a foodie destination in its own right.

At Arcade Food Theatre you can tuck into a starter of grilled Hellim from Oklava, followed by one of Ta Ta Eatery’s Iberian Katsu Sandwiches, then one of Popham’s exquisite pastries for dessert, if you fancy. Or, you could go for a primi plate of pasta from Lina Stores, followed by a secondi of steak frites from Flat Iron, and finish up with a liquid dessert in the form of a pink margarita from the bar. If we still haven't sold it, there's also offerings from the teams behind Chotto Matte, Casa do Frango, Barrafina and El Pastor (among others). 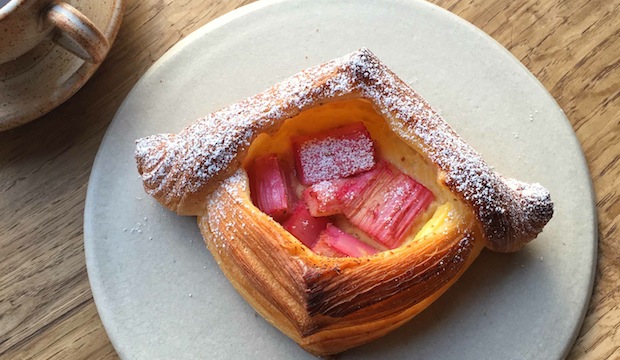 .
Posh pastries are the order of the day at Popham's

More a destination in its own right than a pit-stop for a quick bite to eat, the 12,500 square foodie mecca can be found on the ground and mezzanine floors of the Grade II-listed Centre Point building. Here, there are no less than six kitchens, a coffee and bakery counter, and three conceptualised bars serving up a taste bomb of flavours in the form of their signature dishes. The best bit? You can chop and change between them. Yes! No longer do you have choose between Italian, pan-Asian, Mediterranean, American or French. Nor does it matter if you're meeting a friend who fancies a simple coffee and pastry, when you're starving for a steak with all the trimmings. Because at Arcade Food Theatre you can each satisfy your cravings, dine in trendy surroundings and tick off some items on your London restaurant bucket list while you're at it. 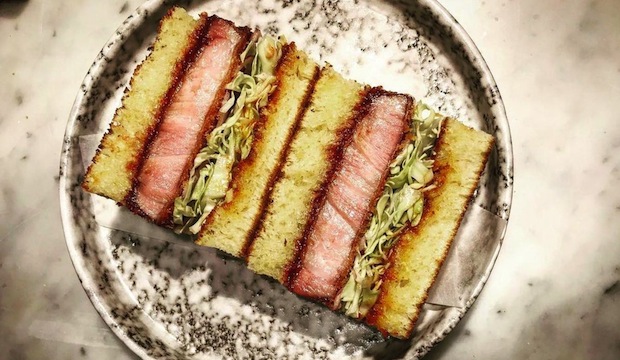 The pull, of course, is the restaurants that can be found here. We implore you to head up to the mezzanine level and try one of Tou by Ta Ta Eatery's Iberian Katsu Sandwiches. It's one of the most Instagrammed dishes in London and tastes every bit as devilishly good as it looks: the soft meat falling apart as soon as you bite into it, the sweet sauces counting the shredded greens, and plump slabs of sweet bread smothered in who-knows-what (but our guess is butter).

Meanwhile, chef-to-watch Selin Kiazim has had crowds flocking to her Shoreditch-based Turkish restaurant Oklava, so the opening of a second branch at Arcade is a cause for much excitement. Oh, and did we mention the delectable pasta dishes from Soho's 75 year old deli-turned-restaurant can be found there too? You're going to want to arrive very, very hungry. (And with a doggie bag or two to take home what you can't finish.) 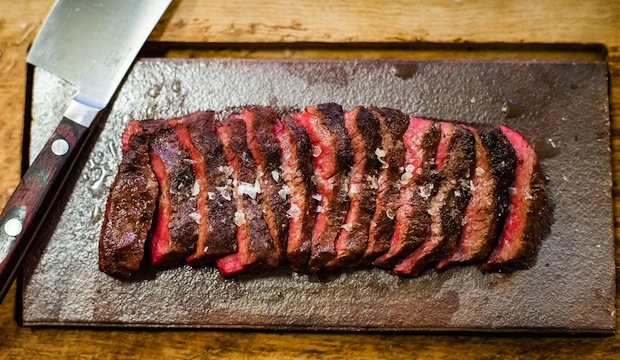 Steak is served your way at Flat Iron

Pastorcito, the latest opening from Harts Group (the team behind queue-worthy tapas chain Barrafina, wine bar The Drop and tip-top taqueria El Pastor) is another talking point. As is the Flat Iron workshop, where you can pick up a steak grilled your way, plus a side of fries or even a fancy take on a Yorkshire pud.

There’s also an outdoor terrace and ‘The Loft’, where some of the city's most innovative culinary concepts are showcased. The space is open both day and night, with DJ sets running throughout the evening, allowing Arcade Food Theatre to transition from day to night.

So there you have it. Arcade Food Theatre has changed the face of food courts by creating one that’s a gastronomic destination in its own right. Pop in here during an afternoon of shopping on Oxford Street and who knows? You might get so carried away you don’t leave until long after the shops have shut. 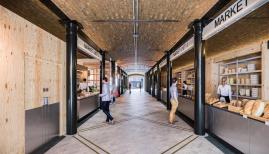 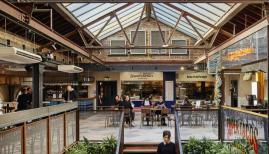