Jean-Georges at The Connaught review ★★★★★

In contrast to the hotel’s other restaurant, the double Michelin Starred Hélène Darroze at The Connaught, Jean Georges is an informal, all-day dining affair.

Though you’d be missing a trick to order a take-away. The airy space, with high stained glass windows casting bright reflections and velvety grey seats to sink into, is just the right combination of cosy elegance. And our fellow Wednesday diners are pleasingly glamourous. 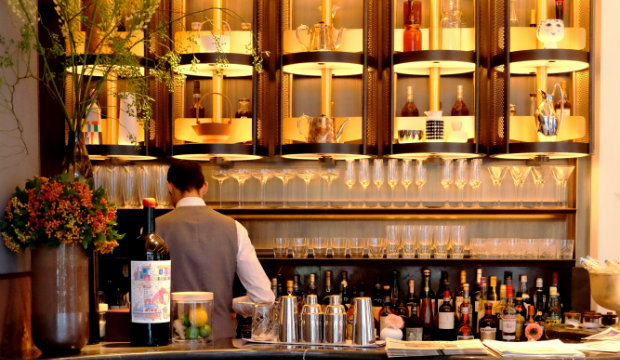 In keeping with the pizza, the rest of the menu is a decadent take on classics and comfort food – think pasta, fish and chips, lamb chops. The South-east-Asian-accented cuisine for which Jean Georges is famous is present is present, though rather under-used.

Just glancing around the restaurant it’s clear the Crispy Salmon Sushi is the most popular starter. And though the accompanying chipotle emulsion is under-powered, the combination of deep-fried sticky rice and generous slabs of raw salmon is deeply satisfying. Grilled Octopus, almost caramalised on the outside without a hint of rubberiness, is also a highlight.

In the toss up between fish and chips and Parmesan Crusted Chicken, our waiter recommended the latter. The stinginess of the crust was disappointing. It’s a mere smattering rather than the thick crunchy coating it deserves. A few woody chunks of artichoke and a lemony, buttery emulsion of a sauce are all that accompany it. It’s fine, but not worthy of the £26 price tag. The Cornish Lamb Chops were far more memorable, with a melee of warm spices cut through with cucumber yoghurt.

Desserts are playful, with a touch of fine-dining flair. Iced Milk is a rich, creamy affair – like a grown up version of milk bottle sweeties. And Peach Melba candyfloss is served with drama. The lip-smackingly sharpness of red currant balances out the syrupy sweetness of candyfloss and roasted peaches to create a dish that’s pure summer. 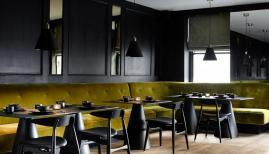 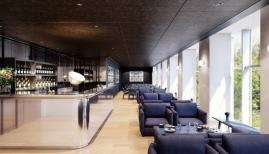 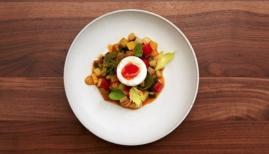 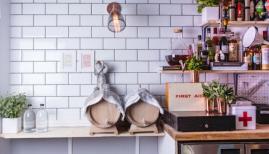 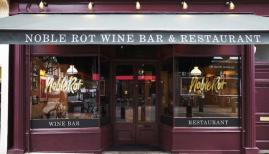