The space: Situated at the Fulham Road end of Sydney Street, Zheng occupies the site of what used to be the late, and not especially lamented, Brasserie Gustave. Inside, it’s been reconfigured in a comfortable and stylish way, boasting two floors, a substantial bar downstairs and some very on-trend dark wood. If it feels slightly self-consciously indebted to the Hakkasans and Yauatchas of this world, then at least it’s borrowing from the very best. 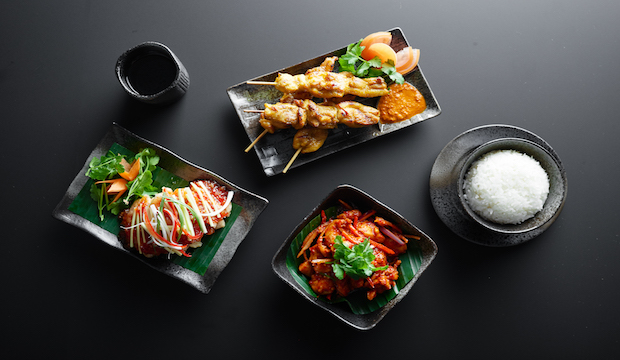 Food and drink: Zheng has established itself as one of Oxford’s best and most celebrated Malaysian and pan-Asian establishments for some time; situated in Jericho, it led none other than Giles Coren to announce that it was ‘possibly the best authentic Chinese/Malaysian in the country’. Its Chelsea transplant largely lives up to expectations. Graced by the charming owner and maitre’d Adam, who candidly steers diners away from the (not bad) cocktails on the grounds that ‘they’re the only thing we don’t do brilliantly’, there is an à la carte menu at, for the area, very sensible prices – but a more enjoyable experience comes with letting the chefs serve up mystery dishes; a kind of mini-tasting menu, if you like.

A sharing plate of starters included some of the best chicken satay we’ve ever had, although the rest of it verged closer to decent but unexceptional pan-Asian fare; the seaweed was slightly tasteless and the prawn toast no better than you’d have in any number of other places. However, it’s the main courses that are truly exciting. Crispy Cereal King Prawns – which is not something you’d ever imagine as a combination – is really something else, mixing flavours and textures to hugely satisfying effect, just as beef stir fried with aubergine is a dish that, executed as well as this, comes unreservedly recommended. And this is before we get on to the best green beans one can imagine, served as it is here with minced chicken and chilli.

There’s a brief but well-chosen wine list, which offers bottles at both accessible and wild prices, and, although desserts are never going to be the main thing here, the mango pudding is a lovely end to the meal, if you’ve the appetite after the previous delights.

Would we return?: Undoubtedly, and with enormous pleasure. Although we’d probably take Adam’s advice and not bother with the cocktails next time.