But somewhere in the gloom there was ABBA. The four luscious-haired Swedes were a beacon of hope with irrepressibly happy soundtrack and glitter galore.

In return, we definitely thanked them for the music, with sales of more than 500 million records worldwide, an eight-year streak of chart-topping singles, a blockbuster show and spin off film, Mamma Mia, and a guaranteed slot in on pretty much all party playlists.

Now you can pay homage to ABBA with a Super Troupers exhibition, which takes over at The O2 after impressing at The Southbank Centre in summer 2017. It will run alongside the Mamma Mia! The Party to make the arena all about about ABBA.

The nine-room immersive journey, created in collaboration with Child of Entertainment Exhibitions International AB and Stockholm’s ABBA Museum, celebrates the context, conception and lasting legacy of a decade of hit songs. 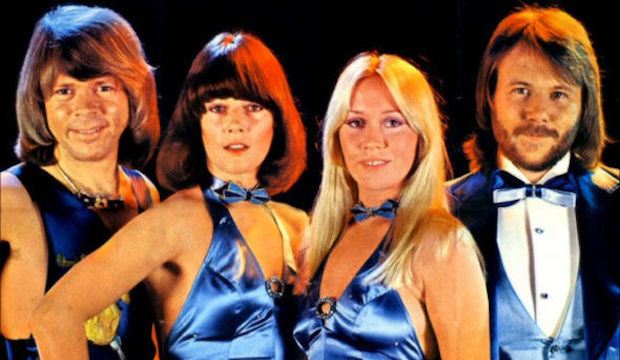 Rather than the vast, virtual reality spectacles that have honoured the likes of David Bowie, Pink Floyd and the Rolling Stones, the ABBA exhibition is curiously intimate and heartfelt.

The journey starts with a giant record. You climb through to discover a disco ball, into an exhibition where lyrics, reports and accounts to capture the essence of an era.

Small groups and set time slots ensure you can explore each space without jostling or squashing, while an expert tour guide adds extra snippets of stories and lots of enthusiasm.

120 archive objects, from hand-written notes to gold lame capes, are slotted into theatrical sets like props in a play. There’s a 1970s sitting-room somewhere in middle England, with a clashing melange of oranges and browns, shaggy rugs and copies of Beano and Bunty among the ABBA fan club memorabilia.

The Brighton Grand Hotel room where the foursome celebrated their 1974 Eurovision win is recreated with loving detail: lipstick-stained champagne glasses surround a sparkly star-shaped guitar and replicas of the flares and bomber jacket worn on stage. Then, in a wood-paneled Stockholm recording studio, you don headphones to layer your own track or take over backing vocals for 'Dancing Queen'. 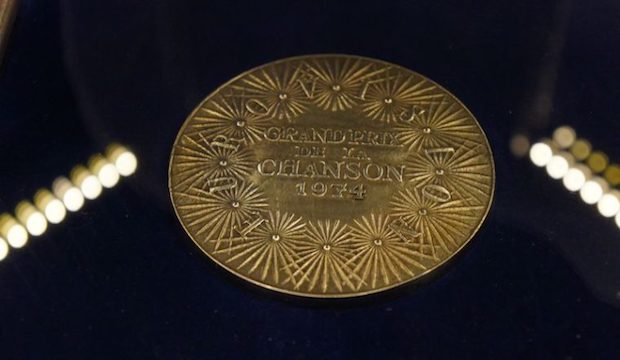 The exhibition will include pieces such as ABBA’s 1974 Eurovision medal. Credit: Caroline Fagerlind

Over the course of an hour, you slip between curtains, travel through wardrobes and lurk in the graffited loos of a nightclub. The story is told in snippets rather than exhaustive detail: scribbled edits on hand-written score sheets reveal the creative process, a doodled love heart reminds of the band members' double romance and a few minutes’ pained interview footage give a glimpse into the dual divorce.

You learn a little about the band, but this exhibition doesn't dwell on who wrote what chord and when. It's about the spirit of the songs, the irresistible urge to 'be that girl', to dance, to jive and to have the time of your life.

This irreverence is what makes the exhibition so enjoyable: it's not about being a die-hard ABBA fan or preoccupied with 70s nostalgia; you’ll be sucked into the narrative and seduced by the soundtrack regardless of age or musical preference. And, yes, you'll have ABBA's greatest hits stuck in your head the rest of the day.

Tickets for ABBA: Super Troupers exhibition at The O2 are now on sale. Click here to book.