Wiltshire b4 Christ, 180 The Strand

David Sims, Jeremy Deller and Jane How collaborate with British skate brand Aries on an immersive art installation shot on location at Stonehenge

1 CW reader is interested
Wiltshire b4 Christ, 180 The Strand Wiltshire b4 Christ, 180 The Strand Rebecca Gonsalves
When it comes to dream fashion shoot locations they don't get more atmospheric than Stonehenge. The prehistoric site in Wiltshire is one of the most famous tourist attractions in the world, celebrated for its mystical origins and an unusually powerful connection to the energy of the earth. So what better backdrop to showcase a collaboration from Turner Prize-winning artist Jeremy Deller and British skate brand Aries? Deller's signature irreverence shines through in the collection of T-shirts, sweats, shirting and blankets thanks to slogans such as 'Stonehenge: built by immigrants' and 'Make archeology sexy again'. 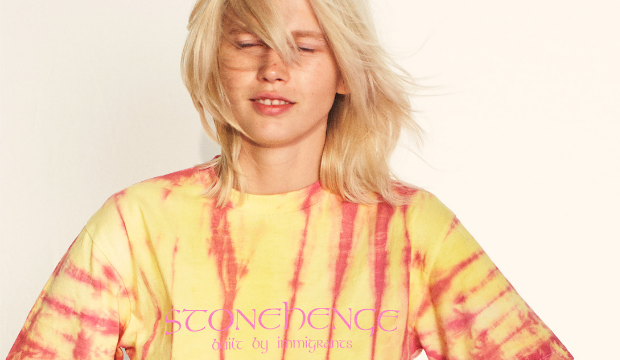 'We have a fascination with ancient symbols and these have always appeared in Aries’ graphics,' says Sofia Prantera creative director of Aries. 'Jeremy’s work focuses on similar themes developing the product and subsequent displays together has been an incredible process. As a society we might have lost religion, but a return to paganism and spirituality seems to offer a new way to connect with others, to congregate, which I am hoping this project can explore and deliver.' 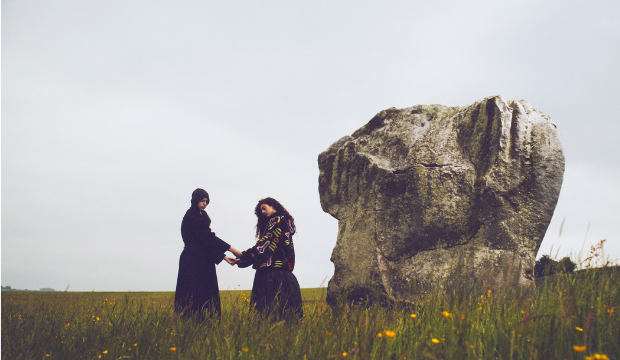 Connection is key when it comes to this arresting visual project which also brings together acclaimed British fashion photographer David Sims and stylist Jane How. The creative team were granted access to Stonehenge for just three pre-dawn hours, a process which the photographer said was inspirational rather than restrictive. 'Standing in the circle in the dark and at sunrise combined to make what was already an adventure into something exceptional,' said Sims. 'Being so close to the stones had me fairly enraptured. You can, I think, carry whatever belief you want to in Stonehenge, it’s obviously very connective. It’s really difficult not to be affected by it. That we were working under the very watchful eye of the security weirdly presented me with a chance to be more objective about the stones. There's nothing more jarring than a fluro jacket in the countryside but I think it helped.' 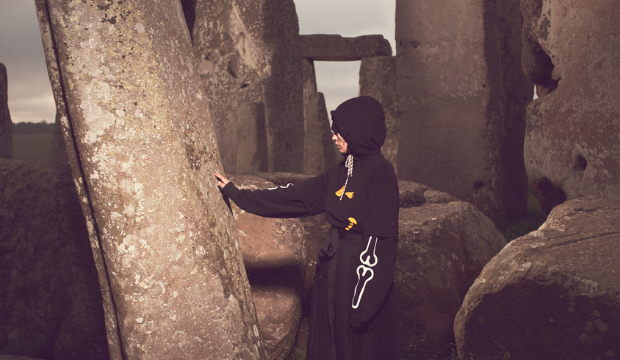 Embarking on something of a tour of ancient Britain, the team shot at key British neolithic sites including Avebury some 20 miles from Stonehenge. Now the resulting images are on show at 180 The Strand as part of an immersive installation that also features a projection tunnel, painted murals and a film shot on location by Deller. An art book published to accompany the exhibition takes the form of a guide to the Neolithic sites of Britain, featuring aerial maps, diagrams and illustrations alongside images of ancient local artefacts – all interspersed with Sims' images from these ancient sites.

The 30-piece collection designed by Deller and Aries will be available from The Store X for the duration of the exhibition, and Dover Street Market worldwide from 18 January.