Coal Drops Yard in King's Cross is home to around 60 shops, cafés, bars and restaurants – among them Tom Dixon's new flagship store

6 CW readers are interested
Coal Drops Yard, King's Cross Coal Drops Yard, King's Cross Eloise Barker
After many months of watching the building works steadily rise – their contents shrouded behind billboards advertising the ‘finished product’ – we can now explore the refurbished Coal Drops Yard complex behind King's Cross station. The new architectural masterpiece is home to around 60 shops, cafés, bars and restaurants, and marks the latest in the three billion pound refurbishment of King’s Cross. Designed by Heatherwick studio, the development (for which plans were first discussed nearly 20 years ago in 2000) expects to welcome 20 million visitors each year. 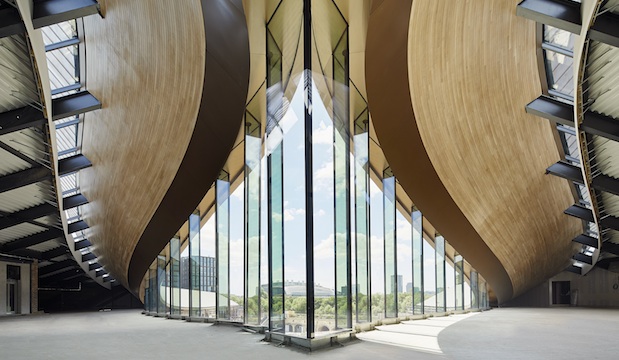 Opening a new ‘shopping street’ at a time when the high street has been declared dead is arguably a risky move, but for British designer Thomas Heatherwick, who founded Heatherwick studio, the complex is about more than just selling things: it gives shoppers an experience to get excited about again. ‘At a time when you can lie in bed and shop for what you want… we’re providing a space to bring people together,’ he says.

The shops and restaurants of Coal Drops Yard join an already blooming local offering. On one side of Regent’s Canal, the likes of & Other Stories, Nike and Space NK welcome shoppers through their wide, glass doors. While on the other side of the river, Granary Square’s cluster of favourable dining spots – including branches of Caravan and Dishoom – almost always have a queue of hungry diners pouring out of their doors. 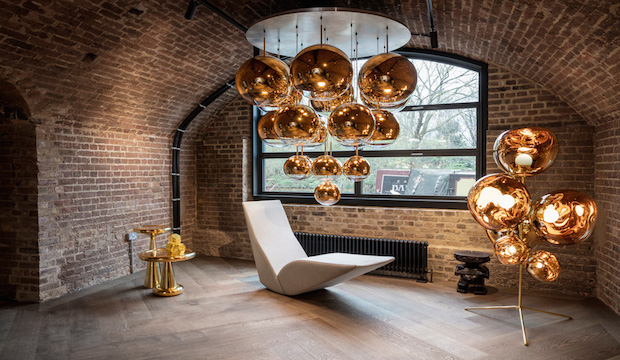 Tom Dixon’s new flagship store and showroom was among the first of the new stores to open up shop, offering visitors a chance to marvel at the designer's most famous pieces: the S Chair, Bird Chaise and Pylon Chair in store, or scout out his latest designs available to purchase. Above it sits the Coal Office, Dixon’s new collaboration with acclaimed chef Assaf Granit – of The Barbary and Palomar prestige. Not the only ones to spot the potential of Coal Drops Yard, Dixon and Granit’s Coal Office is neighboured by a second branch of Sam and James Hart’s Michelin-starred tapas joint Barrafina, as well as Casa Pastor, a ‘big sister’ to Borough’s popular taqueria El Pastor. The cool new yard also houses Hicce, the first solo venture from chef Pip Lacey, following her role as head chef of Angela Hartnett’s Michelin-starred Murano.

The yard is also home to some of the high street’s most covetable fashion brands, with Paul Smith, Cubitts, Cos, Rains and Superga among those with shiny new outlets there. Meanwhile FACEGYM (the home of face workouts), Aesop and performery Miller Harris have established the site’s beauty offering between them. 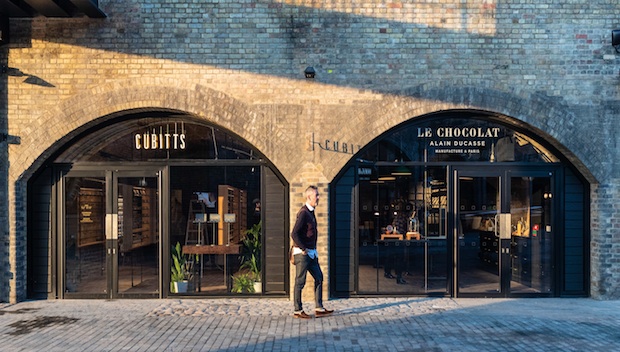 The history of Coal Drops Yard

Back in 1851, the yard was the place where trains stopped to drop off coal deliveries from across the country, which were then picked up by horse and cart, and delivered across the city. Following the industrial era, the warehouse-esque Coal Drops lay dormant for years before eventually taking on an entirely different life in the early 90s as the nightclubs Bagley’s and The Cross, home to London’s wide-eyed ravers. Following the closure of both clubs in 2007, the Coal Drops were once again vacant until works on the new development began.

For Heatherwick – who’s previous design credentials include the Google Campus in Silicon Valley and the overhaul of London Olympia – Coal Drops Yard is quite literally a project close to home; both he and his studio have been based in King’s Cross for the past 17 years. Inspired by shopping streets in Japan and Scandinavia, the challenge for Heatherwick was to transform the existing Victorian, industrial-era buildings into a 100,000 sq ft retail area and public space. Given the Eastern Coal Drops lost its roof in a fire back in 1985, a second challenge was the building of a new cover that would complement the existing architecture. His solution? To create new rooftops for both Coal Drops, using 80,000 slate tiles drawn from the same Welsh quarry as that of the original 1850s covering and uniting the two rooftops – as if kissing – in the centre. It’s this sealing of the Coal Drops with a kiss that makes the refurbished complex iconic in appearance. 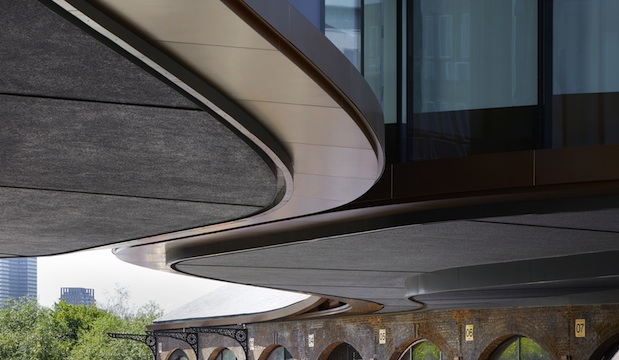 As with your typical high street, while the shops close their doors at the end of the working day and the restaurants follow suit at around 11pm, the stairways and walkways of the complex stay open all night – welcoming traipsing night owls from neighbouring arts school Central Saint Martins. With entrances at both ends of Stable Street – and the Eastern Coal Drop measuring horizontally the same length as St Paul’s Cathedral vertically (111m) – there’s certainly plenty of room to roam among these lofty quarters. ‘You’ve got to hand it to the Victorians,’ laughs Thomas. ‘This was their IKEA shed of the day.’ 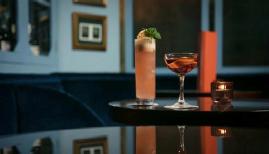 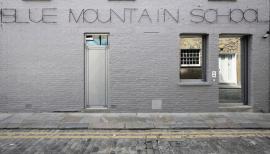 Everything you need to know about Blue Mountain School, Shoreditch 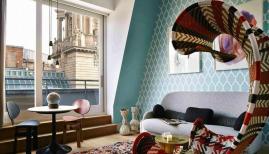 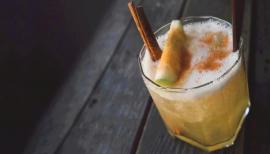