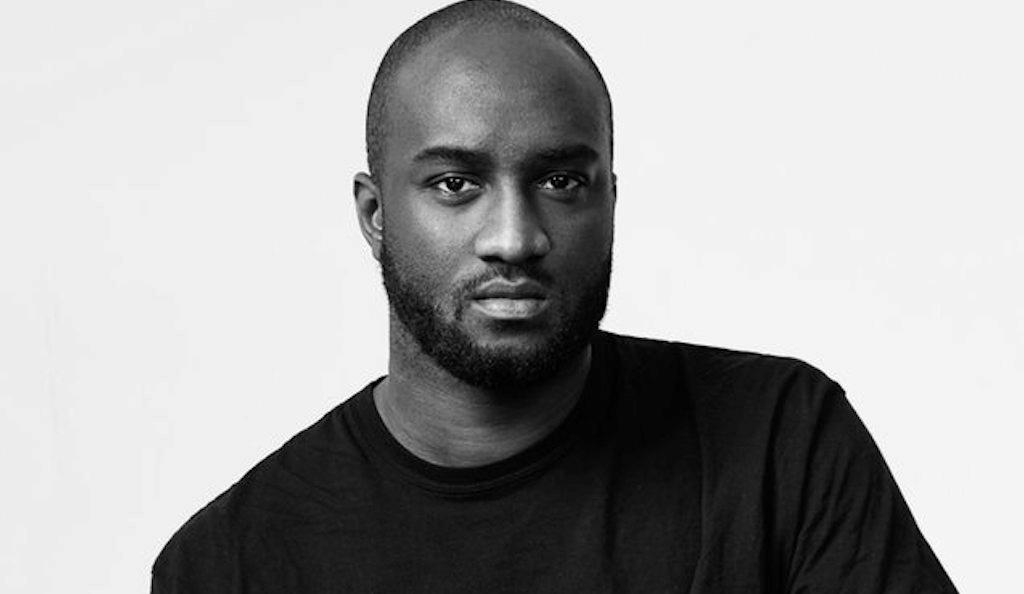 Virgil Abloh Louis Vuitton
When news broke of Virgil Abloh's appointment as menswear designer of Louis Vuitton this morning, Edward Enninful, Editor-In-Chief of British Vogue, made the following statement: 'Virgil is one of the few designers who truly marries street culture with high fashion – and the first black designer to be given such a position in the gilded halls of LVMH. His appointment is a step in the right direction for diversity, as well as a particularly exciting creative moment for the industry.' Abloh had teased us of the news a few hours before the official announcement by posting an image of a Louis Vuitton trunk to his 1.6 million followers on Instagram. 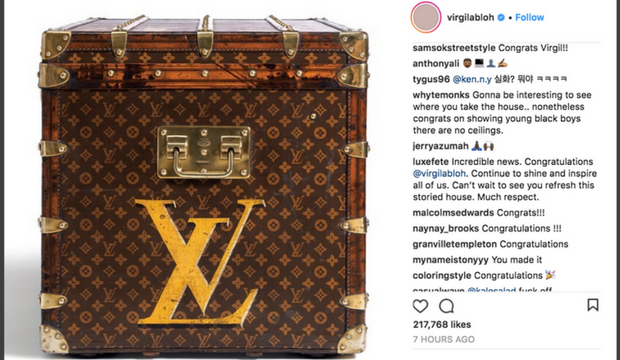 Thirty-seven year old Abloh, who has a wife and children in Chicago, has long been an object of fascination in relevant circles. This is largely due to his breakout brand Off-White dominating conversation in fashion's recent collective memory, as well as pop-culture favourite superstar Kanye West heralding him as his 'creative consultant/director'. Off-White was launched in 2013, and has since become notorious for its quotation marks, self-referencing statement pieces (check out the boots with 'For Walking' emblazoned down the side) and its emphasis on street wear and attitude. The chairman and CEO of Louis Vuitton, Michael Burke, said Abloh's 'innate creativity and disruptive approach have made him so relevant, not just in the world of fashion but in popular culture today'.

The news spread thick and fast this morning, and Instagram was alight with congratulations from fashion favourites like Enninful, Naomi Campbell, Kim Kardashian and Kim Jones, along with plenty of enthused praise from the public. Naturally, a few eyebrows were raised – with the most common argument against Abloh (and one which has been pushed by Raf Simons) being that he borrows and remoulds ideas from fashion's greats, rather than creating his own vision. Such split views make his appointment is all the more exciting, as all points of contention are, but we'll have to wait until Paris Fashion Week in June to experience Abloh's vision for Louis Vuitton for the first time. 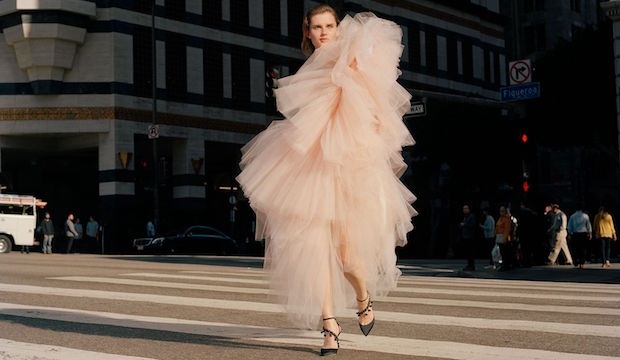 We are, however, garnering a few expectations from Abloh's new position. We suspect that he'll inject a hefty dose of youth culture into Louis Vuitton (granting it greater relevance in the eyes of millennials) and host some pretty great collaborations, while conforming to LV's haute couture designs with an urban-lite spin. Perhaps most importantly, Abloh's appointment is a step in the right direction for diversity. He will be one of the few black designers at the top of a major French heritage fashion house. The only other current designer of colour at a major brand is Olivier Roustieng of Balmain, while Ozwald Boetang designed menswear at Givenchy from 2003 – 2007.

Abloh has said of his new position, 'I find the heritage and creative integrity of the house are key inspirations and will look to reference them both while drawing parallels to modern times'. Also, the man knows how to make a ball gown (above).