5 ways fashion has flexed its technological muscles in 2018

From drones carrying bags for D&G to computer-generated influencers taking social media by storm, fashion and technology are coming together to change the face of the industry - and it's pretty darn cool. 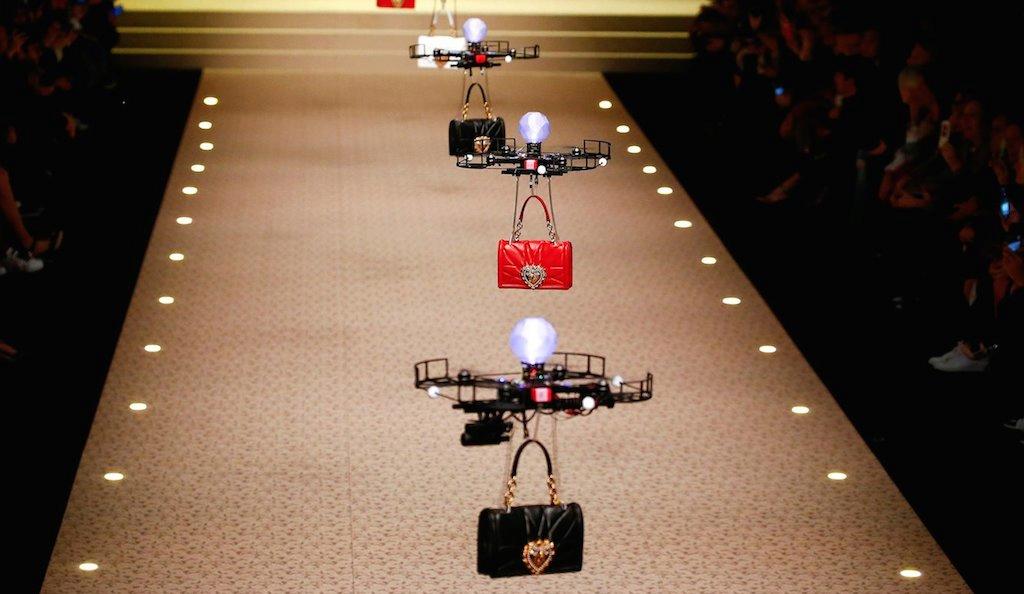 A fleet of drones carrying bags at D&G's AW18 show

Dolce & Gabanna's AW18 show at Milan started 45 minutes after it was scheduled to begin. Why? Not because the models were late, or due to a backstage fabric crisis, but because the models had been replaced with a fleet of drones, and the audience had to be instructed to turn off their wifi.

When they came, they floated – cool, choreographed, and determined – down the runway and dancing and fluttering around the heads of the audience, all the while clutching the jewel encrusted handbags of the F/W18 collection.

You can watch a video here