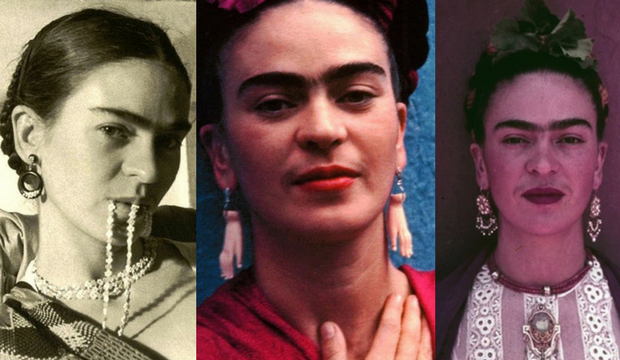 The earrings that hung from her lobes were captivating, impossibly strange, and often beautiful. Her favourite pair was said to be the jaunty, flesh-coloured hands given to her by her good friend Pablo Picasso (pictured above centre). The same pair appear in her painting Self Portrait, Dedicated to Dr Eloesser, completed in 1940.

Many of her necklaces were comprised of rough-cut beads and stones, alluding to traditional Pre-Columbian jewellery. These were not considered to be fashionable during her life time, but were in line with Frida's consistent championing of cultural preservation and a celebration of heritage.