Vogue asked 6 young designers to dream up an outfit for Barbie. The resulting designs, and the themes they represent, cement Barbie as an enduring cultural influence. 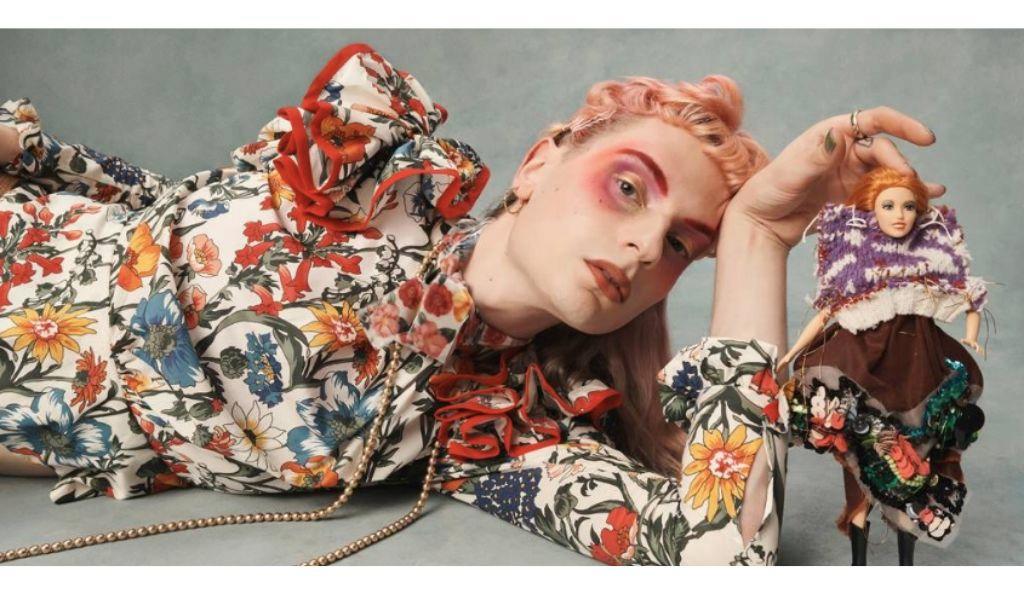 Matty Bovan with his fabulously offbeat design
Barbie, the famous Mattel doll that has both provoked controversy and inspired fashion, turned 60 this year. Vogue asked 6 young and upcoming designers to dream up an outfit for Barbie. The resulting designs demonstrate that Barbie retains, and perhaps even gains, cultural relevance. The themes of self-expression and personal freedom are prominent throughout. It is clear that Barbie is no longer just a stylish mannequin.

While her features have not aged, Barbie's image been reinvented time and time again. She now has an array of body types, skin colours, and hair colours and textures. There are Barbie dolls honouring actress and activist Yara Shahidi, tennis champion Naomi Osaka and model Adwoa Aboah. There is even a Ziggy Stardust inspired Barbie, released to mark the 50th anniversary of Space Oddity. In the following designs, we see Barbie as a cultural icon able to inspire people of all identities. 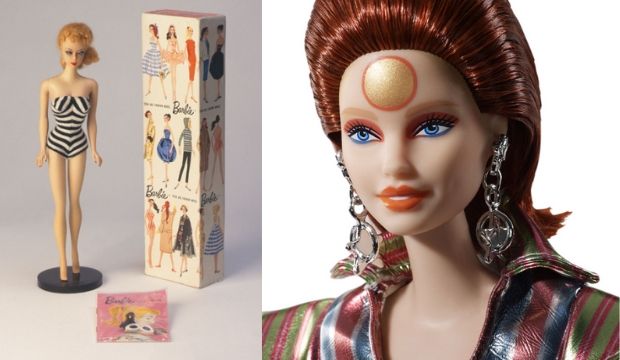 Bovan learnt to knit when he was 11 and has become an advocate of artisan skills. In an age of technology and mass production, it is increasingly important to value and promote hand crafts.

A firm believer in freedom of expression, Mowalola's Barbie wears neon green and sports fantastic make-up created by Daniel Sallstrom. The design is spirited and powerful, and yet full of joy; for Mowalola, female empowerment does not have to take the form of rebellion.

Malone's design features upcycled and repurposed materials, such as the blue, white and red stole draped around Barbie's shoulders, made of repurposed dog beds. 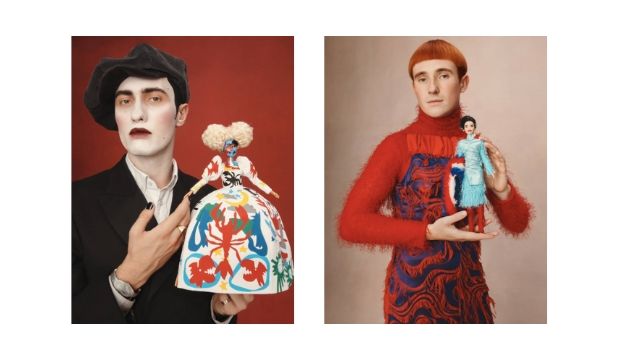 Art school founders, Eden Loweth and Tom Barratt, have dressed Barbie in a non-binary fashion. Their design is a celebration of life; as our bodies change, so too do our identities. This Barbie is particularly fitting for the occasion as she represents evolution, and Barbie has seen a lot of that over the past 60 years!

Inspired by cross-dressing fashions of the past, Loverboy has created an outfit for Barbie that masterfully blends history with today's fast-moving fashions.

Supriya Lele is of Indian heritage, and grew up in the West-Midlands. As a child, she used to make clothes for her Barbie dolls. This project brings her childhood activities around in a full circle. Her designs aim to fuse cultures, and use such cultural intersections as points of inspiration, not tension. Her Barbie sports a fluorescent green dress cut from an old sari.