4 CW readers are interested
Cars: Accelerating the Modern World, V&A 4 Cars: Accelerating the Modern World, V&A Kristina Foster
Automobiles have come a long way since the first production car was built in 1888. The Benz Patent Motorwagen 3 had a top speed of 10 mph, but this was fast enough to make people jittery. So much so, that a law was passed in the UK and the US, stating that such vehicles had to be preceded by a person waving a flag to warn pedestrians. This model, and 14 of its much speedier successors, have gone on display at an exhibition at the Victoria and Albert Museum exploring the evolution of the car and its extraordinary impact on our lives.

This is a fascinating show, brimming with information, graphics and shiny surfaces. It starts by examining the cars of the future, as imagined by enthusiastic designers in the middle of the last century; think hover cars, aerial super-highways and concept vehicles modelled after aircraft. Designers began to focus on speed and streamlining, ideas that filtered down to other areas of life. Take, for example, the fantastic cloche hat of the 20s, made to sit close to the head, so it would not catch the wind and fly off, thereby protecting the wearer's crimped coiffure. 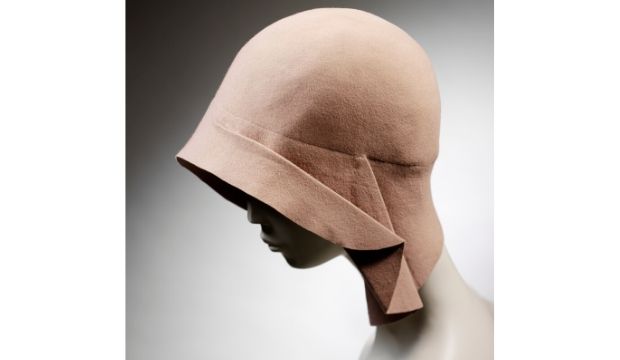 Gender politics plays an interesting part in this story of the automobile. The battle over who could drive what and how seems to have echoed larger social trends, from female racing drivers fighting bans in the 30s to the story of a woman in south Africa taking on the male-dominated sport of spin driving in more recent times. Equality behind the wheel has been a long time coming, as evidenced by the Dodge La Femme, a car made by Chrysler in the 50s, designed specifically for women, by men. The interior was pale pink and it came equipped with simplified push-button transmission controls, so as not to overwhelm the easily confused female brain. The car even came equipped with a pink leather handbag and Chrysler-branded make-up.

The major advantage of four wheels has always been the freedom it gives the everyday person. Travel was democratised and adventure was to be found on the open road. But all of this came at a price. Motorways carved up the world, manufacturing increased demands for plastics and an increase in traffic, as we all know, has led to devastating levels of pollution. This exhibition does not shy away from these issues and explores, with animated infographics, the rise in global temperatures and depletion of the world's finite resources. But just as the inventors of the 50s grasped at the dream of speed, innovators are today reaching for the holy grail of greener transport. 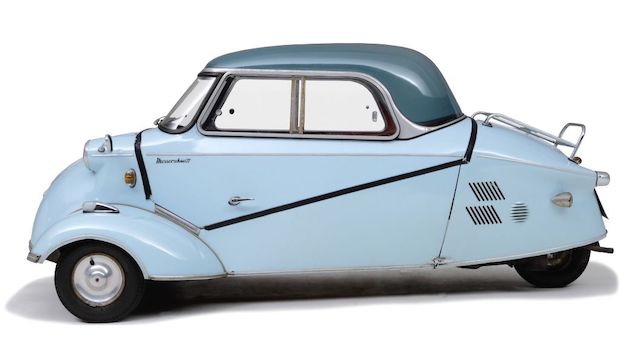 The last room presents the Pop.UP Next autonomous flying car, an electric, self-driving vehicle that has the option of attaching itself to a giant drone and taking off. It is the brainchild of Airbus and Audi and looks impressive, although the idea of being lifted up by an oversized flying toy will surely prove slightly unnerving for many.

This exhibition dazzles. It can feel chaotic at times, with so much to see, crammed into a relatively small space. But there is plenty to excite petrolheads and nervous drivers alike. The curators communicate the glamour, imagination and optimism that came with the invention of the car. And look out, too for Graham (he might give you quite a start), the product of artist Patricia Piccinini's research into what humans would look like if they evolved to survive car crashes. Just be grateful that technology companies are working on hi-tech safety features, so that we don't need to develop 12 nipples to cushion us in case of an accident.