The Royal Ballet’s last triple bill of the season is a deeply satisfying demonstration of the genius of its founder choreographer, Frederick Ashton

Set to a score by Stravinsky, Scènes de Ballet premiered in 1948 and is intended as a modernistic work infused by its designer, André Beaurepaire, with Parisian chic. The women – a ballerina and a corps of 12 – wear tutus with geometric patterns, glittery chokers and bracelets; the men – a principal and four soloists – wear black tops with a pattern of satiny squares.

On press performance, the leading couple were Vadim Muntagirov and Sarah Lamb. 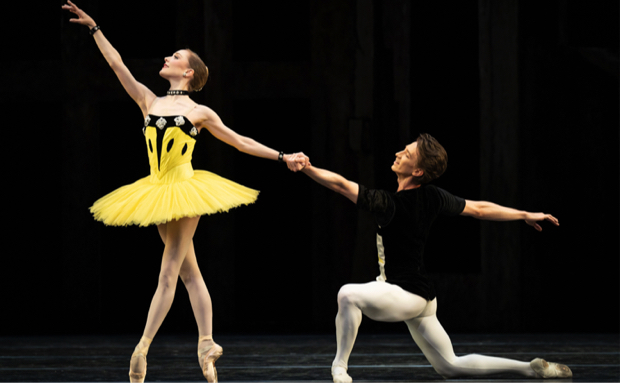 Sarah Lamb and Vadim Muntagirov in Ashton's Scènes de Ballet. Photo: Helen Maybanks ROH
This is an episodic work of fiendish intricacy, where dancers move in blocks and sections appear to end abruptly, any continuity being created by the presence of the principals, particularly the ballerina. Lamb was a soft, elegant presence throughout, the occasional drop of her wrists showing off the bracelets as Ashton intended. Muntagirov brought his usual precision to his every movement.

Whereas Scènes de Ballet is all about the staccato geometrical positioning of groups of dancers, the final piece in the programme, Rhapsody (pictured top), is all about dance as a continuous flow of movement.

Created in 1980 to mark the Queen Mother’s 80th birthday, its central male role was choreographed for the Russian virtuoso Mikhail Baryshnikov, who guested with the Royal Ballet that summer.

It is a brutally difficult role, and after a slightly hesitant start Marcelino Sambé rose to its demands, riding his sections of Rachmaninov’s Rhapsody on a Theme by Paganini with glorious aplomb.

His partner was Francesca Hayward, delightfully undaunted by the fast footwork, her soft arms and upper body entirely Ashtonian. Perfectly matched with Sambé, their pas de deux were by turns lyrical and playful. Watching them brought a swelling feeling of fulfilment.

The central piece of the programme, A Month in the Country, is quite something else. 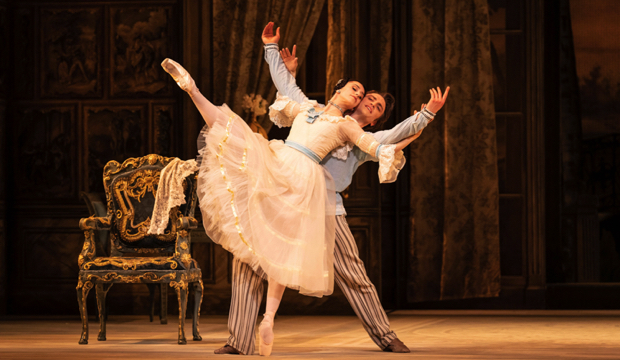 Marianela Nuñez and Matthew Ball in Ashton's A Month in the Country. Photo: Helen Maybanks ROH
Set to music by Chopin, it’s a magisterial distillation of a play by the 19th-century Russian writer Ivan Turgenev centred on Natalia Petrovna, a woman in a loveless marriage, suffocated by boredom and the oppressive summer heat, who falls head over heels for Beliaev, the young, handsome tutor brought in for her children.

As the leading couple Marianela Nuñez and Matthew Ball, both dancers at the top of their game, ran us through the whole gamut of emotions of a hopeless love affair, executing Ashton’s lush choreography with passionate abandon.

They were ably supported by an small ensemble that included Luca Acri as Natalia’s playful and excitable young son, and Anna Rose O’Sullivan as her teenage ward who develops a fierce infatuation for Beliaev, her horror when she finds him and Natalia together bringing about the ballet's tragic denouement.

As the run of this triple bill progresses, there will be other casts to look out for. We are particular looking forward to seeing Laura Morera as Natalia Petrovna.

A Month in the Country