The Royal Ballet, Like Water for Chocolate in Cinemas

Christopher Wheeldon’s Like Water for Chocolate, adapted from Laura Esquivel’s best-selling Mexican family saga for The Royal Ballet, will be shown in cinemas nationwide

Below is Culture Whisper's ★★★★★ review of the ballet's live premiere

You have to give it to Christopher Wheeldon: if anybody can turn a complex novel crammed full of the improbabilities of Latin-American magical realism into a fluid, clear and cohesive dance narrative, this choreographer can.

Covid delays served only to add to the anticipation surrounding Christopher Wheeldon’s latest full evening ballet, which follows his 2011 colourful and zany Alice’s Adventures in Wonderland, and his powerful, eloquent 2014 adaptation of Shakespeare’s The Winter's Tale.

Like Water for Chocolate was his most daunting project to date. Based on the best-seller by Mexican writer Laura Esquivel, later turned into a hit film, this is a sprawling family saga, set in the early years of the 20th century and anchored on the forbidden love between Pedro and Tita, but with multiple characters and plot lines, the whole glued together by kitchen recipes that acquire magical properties.

Tita, danced in the first cast by a superlative Francesca Hayward, is the youngest daughter of the domineering matriarch Mama Elena – Laura Morera in typically assertive form, capable of coming back after death as a vengeful ghost. 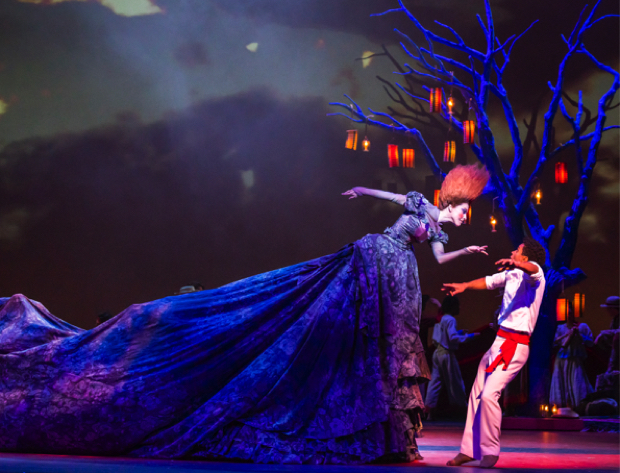 Laura Morera and Marcelino Sambé in Like Water for Chocolate © ROH 2022. Photo: Tristram Kenton
As the youngest daughter, Tita is fated never to marry so that she can look after her mother into old age. Therefore, the man she loves, Pedro (Marcelino Sambé, superbly expressive of thwarted love), is made to marry her elder sister Rosaura (Mayara Magri). 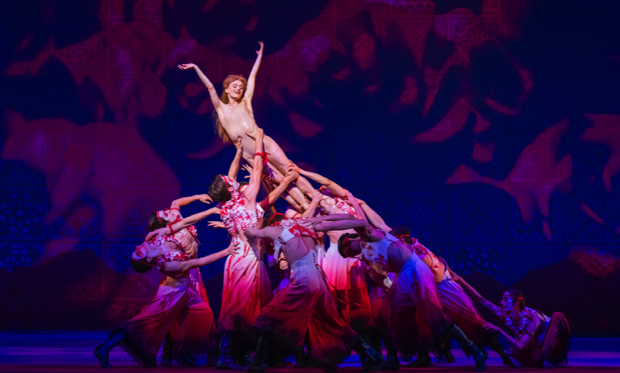 There's also the old cook in the family home, Nacha (Cristina Arestis) who raised Tita and taught her to cook; and the good Dr Brown (Matthew Ball), who Tita almost marries, but the pull of her love for Pedro is too strong. 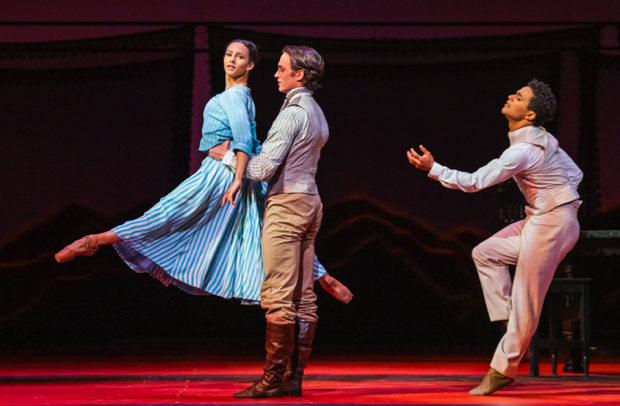 Francesca Hayward, Matthew Ball and Marcelino Sambé in Like Water for Chocolate © ROH 2022 Photo: Tristram Kenton
With Laura Esquivel as consultant, Wheeldon has kept most of the original story. Working with his usual collaborators, composer Joby Talbot, who, advised by the conductor Alondra de la Parra, created a lush cinematic score infused with melodies from early Mexican music, and Bob Crowley whose efficient designs in light and terracotta hues create a vivid sense of place, he’s created a ballet that’s never less than polished and aesthetically pleasing.

His crowd scenes are vigorous, the ballet vocabulary quoting liberally from Mexican folk dance; his duets for Nacha recalling a long-gone lover (Harris Bell), and the young Mama Elena with her own forbidden lover (Joseph Sissens) are engaging.

It has to be said, though, that the profusion of named characters dilutes the focus on the central couple, Tita and Pedro, whose scenes throughout most of the ballet are strangely uninvolving, until the very end, when everybody and everything is gone, and the pair are finally free to love each other, and we are free to concentrate on them.

Their final pas de deux of complete abandon, danced to a poignant love song performed in Spanish by Sian Griffiths, is mesmerising, full of foreboding and heart-rending. The finale, Bob Crowley’s extraordinary coup de theatre, is truly inspired and awe-inspiring

Read our interview with Joby Talbot, composer of Like Water for Chocolate, here.