In the run-up to the premiere of The Royal Ballet’s season blockbuster, Christopher Wheeldon’s Like Water for Chocolate, the ballet’s composer, Joby Talbot, talks to Culture Whisper 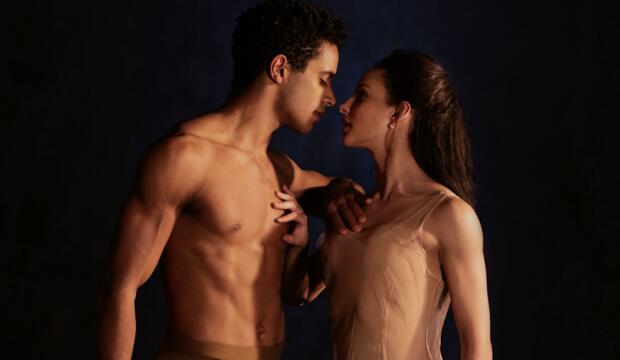 Marcelino Sambé and Francesca Hayward in Christopher Wheeldon's Like Water for Chocolate © 2022 ROH. Photo: Camilla Greenwell
Joby Talbot was already a prolific and tremendously versatile composer with work ranging from film and TV scores to choral compositions (with a foray into gothic rock) when he sat down to write his first ballet score. Then his teacher, composer Brian Elias, gave him a precious piece of advice:

‘You should look at dance forms, because there’s a reason why they are dance forms.’

Talbot took notice. Now he says he always builds dance forms into his ballet scores, be they polkas, waltzes or the Cuban/Mexican danzon (more on the latter in a moment); and that’s perhaps one of the many reasons why his ballet music is so involving and danceable.

Joby Talbot sat down with Culture Whisper to talk about his latest ballet score for Like Water for Chocolate, choreographer Christopher Wheeldon’s third full evening work for The Royal Ballet, which premieres at Covent Garden on Thursday 2 June. 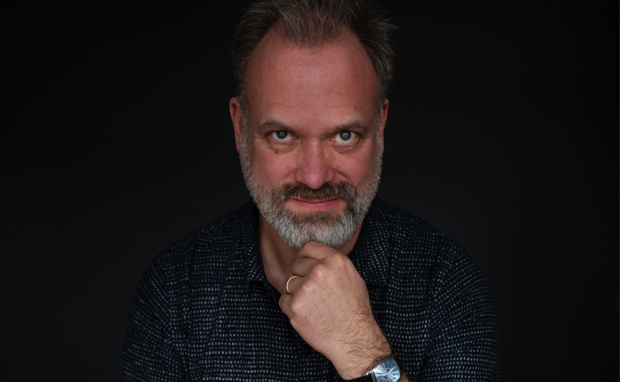 Joby Talbot. Photo: Anna McCarthy
Like Water for Chocolate is Talbot's third collaboration with Christopher Wheeldon on a full evening ballet, following the success of their 2011 Alice’s Adventures in Wonderland and The Winter’s Tale, three years later.

Both elicited high praise for Joby Talbot, with The New York Times declaring: 'Mr Talbot's score is the trump card for Alice,’ while in The Daily Telegraph Sarah Crompton praised ‘his sublimely witty score, which seems to use every instrument to match the sounds from the pit to the action on the stage, creating a lush soundscape that drives the action.’

Like Water for Chocolate, on which Talbot has been working for three years (Covid forced the postponement of the scheduled premiere), is, however, an altogether different proposition, as he told us:

'It’s set mostly in the 1910s in Northern Mexico. All the other ones we’ve done have been in imaginary places – The Winter’s Tale is this fanciful Bohemia/Sicily which are not real places in Shakespeare; and then obviously Wonderland is not a real place, whereas with this we need the piece to have a sense of historical and geographical location.

‘As a non-Mexican that’s not something that’s just going to come without any degree of careful thought on my part and collaboration with musicians and advisors.’

Based on Mexican writer Laura Esquivel’s novel, which gained international exposure with the 1992 eponymous film adaptation, Like Water for Chocolate is an intense family saga infused with mystical realism, centred on the crushed love affair between Pedro and Tita. 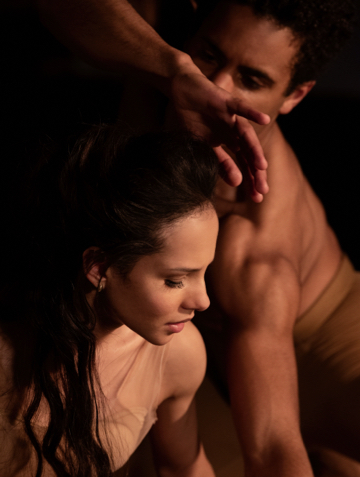 Marcelino Sambé and Francesca Hayward as Pedro and Tita (first cast) in Christopher Wheeldon's Like Water for Chocolate ©2022 ROH. Photo Camilla Greenwell
The score, and indeed the whole production, required a lot of prior work by both choreographer and composer.

‘We both did a lot of research in advance, and then we went to Mexico City, met with Laura [Esquivel, who’s acting as a consultant], discussed it with her and spent a week really hammering it out in the scenography [which] is about five pages of A4, breaking down the story into a three-act structure, with individual scenes and timings, quite specific timings.’

For Talbot, working with the Mexican conductor Alondra de la Parra, who’ll be on the podium for all the performances of the coming run, and the Mexican composer/guitarist Tomás Barreiro, creating a score for Like Water for Chocolate meant complete immersion into Mexican music and culture.

The Royal Ballet’s official trailer for Like Water for Chocolate is cruelly short, but gives a tantalising sense of Talbot’s hauntingly atmospheric score.

How did he avoid pastiche, we wanted to know.

‘It’s very hard, especially with Mexican music, because Mexican music has been pastiched to the nth degree by Hollywood since day one. From the very beginning of Hollywood they have been liberally helping themselves to Mexican musical tropes and all those have become over time clichés.

‘My way came from listening to pre-Hispanic indigenous music in Mexico, so, the extraordinary percussion instruments, and the flute those pre-Columbian, mezzo-American cultures had. The musical sounds are a reflection of nature, so the musical instruments sound like night-time insect noises, bats, frogs, and the flutes are like birds, and it’s a representation of nature in the human artistic world.’

And then, of course, bearing in mind the sound advice of his teacher, Brian Elias, Joby Talbot looked at dance forms.

‘For Like Water for Chocolate I’ve written a danzon, which is originally a Cuban dance with a very strict rhythm pattern, but something the Mexicans made their own, and a petenera, something I didn't know about but Tomás explained to me what a petenera was [a song based on sets of four octosyllabic verses].

‘And then I’ve gone a little bit broader and for the scene where the revolutionary soldiers arrive I wrote a very fast dance based on the Venezuelan joropo [similar to the fandango]. I didn’t know about any of these things before, but you look at them and you break them down into their basic identity and then you realise that gives you something you can build your own music with.’

Joby Talbot’s music, as amply demonstrated in his previous work for both narrative and abstract ballet – he’s also collaborated with the contemporary choreographer Wayne McGregor – and indeed in his non-dance compositions, sounds lush, eloquent, very modern and crucially very accessible, which is not something you can say about all contemporary composers.

How does he do it?

‘I went to university and then I went to music school and did my Masters degree in composition and I studied with great teachers, but after I finished all that I had a moment when I thought to myself, I’d like to write music that I’d like to listen to. It sounds facile, but it was a big thing for me, trying to find what it was I really wanted to say.

‘Trying to put myself in the seat of the audience and think, if I walked in off the street and was presented with this whatever it is, ballet music, what am I hoping to get out of it, what am I expecting? And I always try to do something that takes people out of themselves, takes them to a place they didn’t know existed and then deposits them back in real life at the end enriched in some way.

‘For me, what makes music accessible, it’s not necessarily the choice of notes, whether they’re dissonant or consonant, or the choice of orchestration – it’s really about clarity of expression, clarity of architecture and structure.’

Joby Talbot has a simple way to ascertain whether he is on the right track with his score for Like Water for Chocolate:

Like Water for Chocolate runs from Thursday 2 - Friday17 June at the ROH. Details and tickets here.