Now Northern Ballet is adding to it by launching a new digital season, comprising two new films developed from works in the repertoire, and the online release of one of its most exciting ballets.

The season starts on Wednesday 7 December with Dangerous Liaisons. £8 per ticket – click here to book. 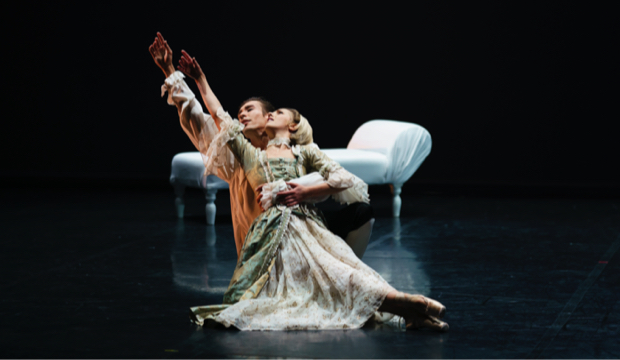 Joseph Taylor as Valmont, Antoinette Brooks-Daw as Madame de Tourvel in Dangerous Liaisons. Photo: Emma Kauldhar
A full-length ballet by its former veteran director David Nixon, this is a thrilling, fast-moving, sexy adaptation of Chaderlos de Laclos's 18h century novel about the lives and vices of the French aristocracy. You can read Culture Whisper's four-star review of the stage performance here.

Tuesday 14 December sees the premiere of the new film KIN. Inspired by David Dawson's stripped-down Swan Lake, KIN is a meditation on the darker themes of loss and grief, created by Kenneth Tindall and Dan Lowenstein, whose previous collaborations included the genre-busting EGO. Free to watch, but you are asked to make a donation within your means. 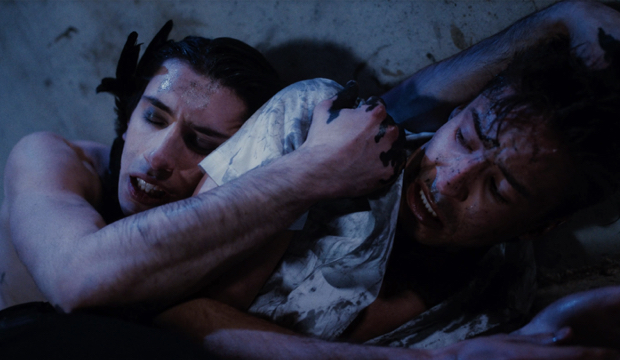 Lorenzp Trossello and Joseph Taylor in KIN. Photo from footage by Dan Lowenstein
On Tuesday 14 December Northern Ballet launches the third and final release of its new digital season: I AM MER-LIN (pictured top). The company recently toured its own ballet Merlin, created by the young choreographer Drew McOnie, and the Arthurian legend of Merlin also provides the inspiration for choreographer Charlotte Edmonds's new dance film. Set to a poem by Sean Mahoney, I AM MER-LIN is about the discovery of identity, using the mythology of wizards and demons to symbolise the choices we make.
Free to watch, but you are asked to make a donation within your means.