As bodies balloon, bend, contort and communicate, Georgia Parris’ assured debut feature Mari comes to life. Through the story of one woman reckoning with grief and self-actualisation, dance and cinema meet to express the strain that words cannot.

The film zeroes in on Charlotte, a dancer played by real-life professional Bobbi Jene Smith. She moves and teaches through choreography, breaking down barriers of immobility without restraint. Mari’s most stunning moments transpire when Smith dances.

Charlotte is preparing her first directorial debut when a grief-stricken weekend throws planning into disarray. She travels home to the bedside of her ailing grandmother, and is forced to emotionally do battle with her mother and her sister, while coming to terms with a pregnancy at the same time. 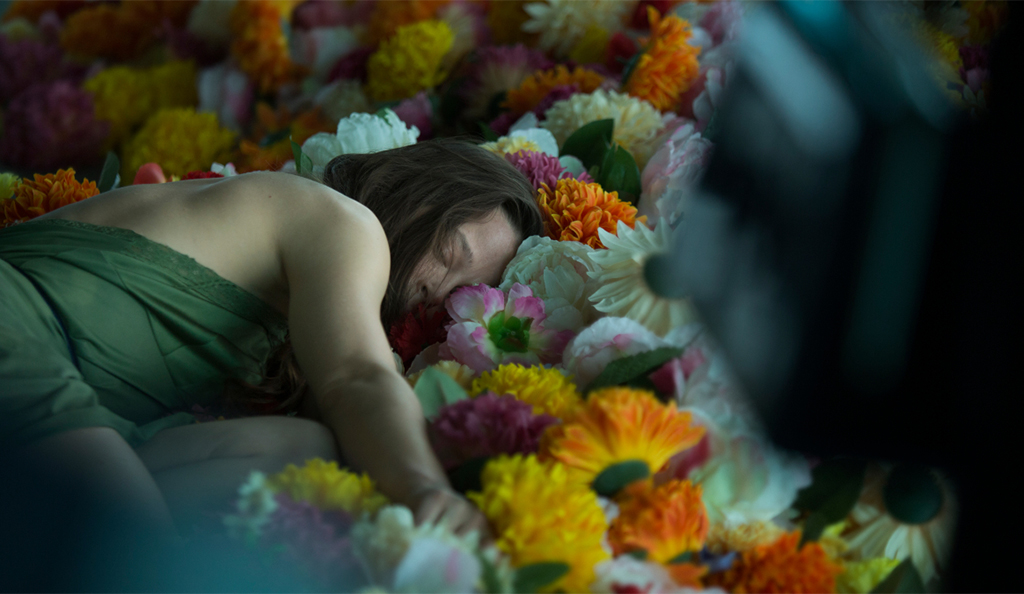 Mari telegraphs feminine grief, focusing on the specificity of a woman’s strength and weakness to make one specific story feel universal. Dialogue and framing decisions respond to a history of films of a similar ilk, losing momentum in moments of less instinctive conversations. But there’s no taking away from the unicity of Parris’ vision, when married with choreography from Punchdrunk’s Maxine Doyle – this is seriously affecting and effective stuff.

Dialogue relies on sometimes excessive explanations, but there are a handful of pivotal physical sequences that highlight this debut feature as a promising sign of a brilliant new filmmaker to develop. As Charlotte jerks and shudders, the film listens in – the sonic detail in Mari adds texture to what could have been no more than an overconfident dance show.

While occasional conventional narrative choices slow the story down, there’s heavy energy in Mari that beguiles. Embracing grief as an incommunicable sensation and finding the means to work through it, the film fights hard to tell a familiar story with a unique passion. The ambitious voices of filmmakers, performers and creators all speak loud – and it’s invigorating to be invited to listen.