9 CW readers are interested
BalletBoyz, Them/Us, Vaudeville Theatre Review 4 BalletBoyz, Them/Us, Vaudeville Theatre Review Teresa Guerreiro
Two works, two half-hours separated by an interval, BalletBoyz’ Them/Us is further proof (if proof were needed) of this all-male company’s ability to continue innovating and surprising us. But having more than staked their claim to ballet stages, BalletBoyz have now set themselves a new challenge: to conquer the West End.

So the question had to be, would their work transition easily to theatreland and a wider audience?

On first night showing, the answer is a resounding Yes. The Vaudeville stage is smaller than Sadler's Wells', where we are used to seeing BalletBoyz, and although at times the company's six dancers seem a tad constrained, in general the size concentrates their energies to good effect.

Each piece is preceded by a BalletBoyz trademark video, the purpose of which is to provide a lightweight, relaxed introduction to the work and to the dancers themselves, highlighting the extraordinary camaraderie between them and easing the general public in. It works well.

So what of the show itself?

The second piece in the programme, Us, is the work of the supremely talented choreographer Christopher Wheeldon. The original Us was a duet created by Wheeldon last year for BalletBoyz Fourteen Days show. This time, Wheeldon was asked to enlarge it, creating a work for the full company with the brief, what happened before those two people came together in such an intense, overwhelming duet?

Wheeldon and his composer, Keaton Henson obliged. The merest thread of a narrative runs through the new version of Us. The six men come onto a dimly lit stage (lighting by Andrew Ellis together with the company Artistic Directors Michael Nunn and Billy Trevitt). They wear black pants and light grey linen tailcoats. 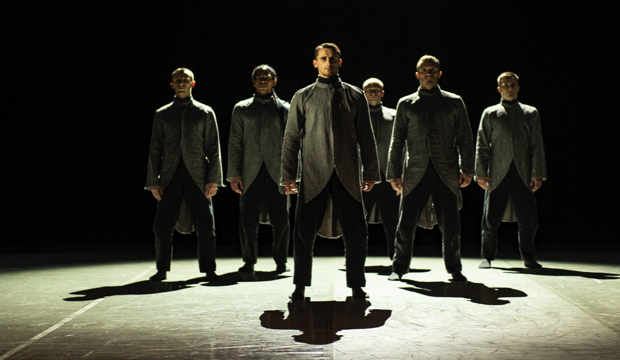 BalletBoyz, Us (c) George Piper
Their movements are edgy, uneasy. They respond to each other, not with sympathy but almost compulsively. This is a group, but not of friends; there is something feral about their interactions, either when all together or when they break up into smaller units.

At certain points they bounce on the balls of their feet, as if preparing to launch a run at something or away from something.

Then one man is left alone: Bradley Waller dances a solo of anguish, loneliness and yearning. And this leads us to the peak of the evening: that duet. 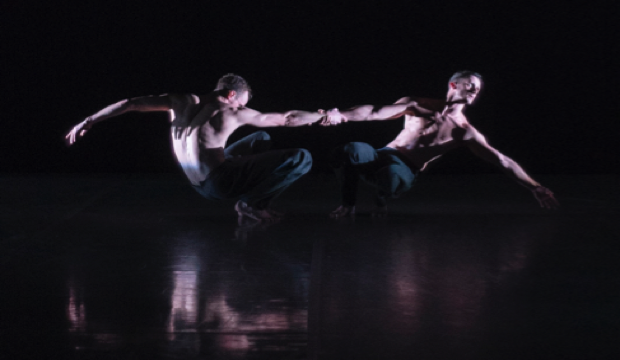 This is dance at its most powerful, achingly beautiful; and for a moment when it ends you’re afraid to clap, or even breathe, lest you break the spell. On first night at the Vaudeville the audience simply erupted with loud vocal appreciation

READ CULTURE WHISPER'S INTERVIEW WITH BALLETBOYZ HERE
Us is preceded by Them, a brand new work that marks the dancers’ first foray into choreography.

In close collaboration with composer Charlotte Harding, whose alluring music goes from crystalline plucked strings to jazzier full ensemble sequences, the Boyz have created a playful work built around a metal cube-like frame.

There is no specific narrative to Them: rather, the work flows in a series of tableaux where the cube provides a hint of context: now a playground climbing frame, then a momentary prison, and later still, a symbol of collective work when the dancers join forces to move it around the stage.

Them is infused with tremendous energy and pure enjoyment of dancing. Its mood varies from intent to more relaxed, from pensive to boisterous, with experimental touches that contain a nod to street dance; but it has a remarkable unity of tone that belies the fact it was the collective creation of six very different individuals.

In short, BalletBoyz Them/Us is a thoroughly satisfying evening, and we couldn't recommend it highly enough. 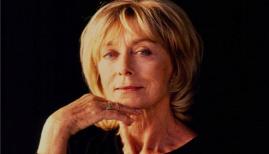