Men in Motion, a celebration of male dancers, marked its 10th anniversary at the London Coliseum with a gala that both entertained and surprised

The first thing to say about this year's iteration is that the programme selection was varied, international and fresh. Gone were the tired old gala staples: not a Corsaire pas de deux in sight. Instead, Putrov brought us brand-new and recent work, a couple of historic curiosities and new takes on established works.

All this presented by a group of dancers from British and continental European companies. We are, of course, familiar with the former – Vadim Muntagirov, Matthew Ball, Leo Dixon, Luca Acri and Joseph Sissens from the Royal Ballet, alongside José Alves from Ballet Black – but less so with young dancers such as Matteo Micini from Stuttgart Ballet and Koyo Yamamoto from Dutch National Ballet (this is not an exhaustive list).

Altogether they danced 20 pieces and as it would be impossible to comment on all 20; what follows is a personal selection. 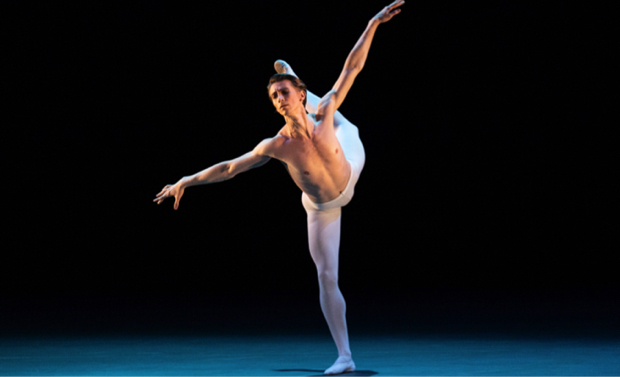 The night’s helping of hilarious camp came from choreographer Arthur Pita – who else? – whose A Sheila Dance, set incongruously to music by Mozart, brought the excellent Edward Watson out of retirement. In a glittery, spangled silver leotard and high heels, cigarette in mouth, Watson showed he’s lost none of his extraordinary flexibility and acting ability. 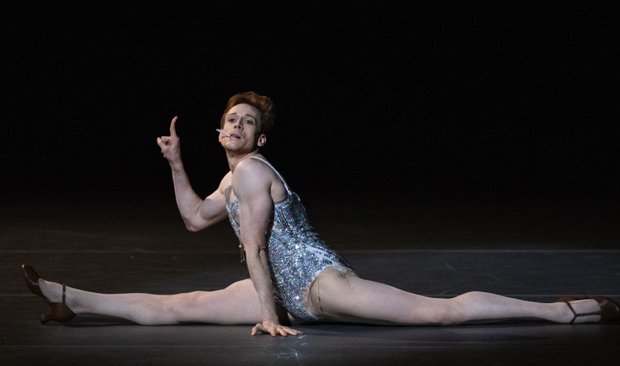 Men in Motion, Edward Watson in A Sheila Dance. Photo: Elliott Franks
Putrov himself reprised one of his favourite roles, Frederick Ashton’s Dance of the Blessed Spirits, proving that at 42 and no longer dancing regularly, he still has what it takes.

The one true curiosity of the evening was the recreation of a part of a work by Bronislava Nijinska, created in 1924 for Diaghilev’s Ballets Russes. Named after the first-class train to the Riviera, Le Train Bleu took place on the beach. José Alves, dapper in a 1920s bathing costume, absolutely inhabited the spirit of seaside fun intended by the choreographer. 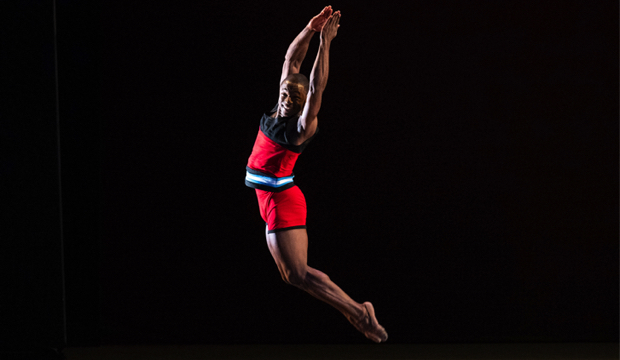 Men in Motion, José Alves in Le Train Bleu. Photo: Elliott Franks
When it came to European contemporary choreography, the similarity of styles meant that some of the pieces merged into a single memory… but all the young dancers were a pleasure to watch.

I would single out Dutch National Ballet’s Koyo Yamamoto, who gave a charming interpretation of a humorous, fast-moving section from Hans van Manen’s 5 Tangos, to music by Astor Piazzolla. 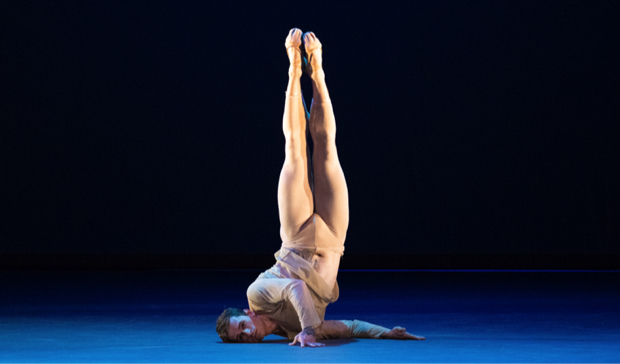 Mostly adequate live music was provided by the Paradisal Players Orchestra, conducted by Samuel Burstin, who, bizarrely, neglected to request applause for the singers when he took his curtain call.