Marlow is also the creator of an additional Fringe hit SIX, a glamorous retelling of the unfortunate fate of Henry VIII’s six wives. But unlike SIX, the Time Machine in this show takes us back to a past not so long ago, to the formative years of gay men like Marlow and Ghazi-Torbati. They open up about one-night stands, raunchy friendships and the struggles of school locker rooms.

Through the power of bawdy quips and ‘90s pop hits, Hot Gay Time Machine delivers exactly what it says on the tin. Beyond its showbiz sparkle and outspoken humour, it also showcases an intellectual edge as it critiques class stereotypes and cis white male privilege.

This promising double act will not only wow you with their musical talent and wit, but will also make you think. Be sure to experience this ‘extravaGAYnza’ at London’s Trafalgar Studios for a lively winter night out. 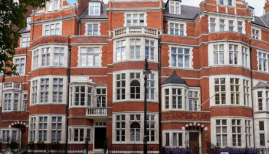