Christopher Renshaw’s Carmen La Cubana, now showing at Sadler’s Wells, is less than the sum of its parts in this disjointed production

Carmen La Cubana Review 2 Carmen La Cubana Review Teresa Guerreiro
Carmen La Cubana is an ambitious production that attempts to merge fiery atmosphere of 1950s Cuba at the dawn of the revolution with Georges Bizet’s world-renowned opera. It’s all the concept of Tony Award winning Director Christopher Renshaw, whose production of The King and I is currently wowing the crowds at the London Palladium. On paper, the pedigree of Sadler’s Wells' summer musical is clear, but sadly this Carmen is hard work, despite the commitment from the Havana-born cast.

In this reimaged Carmen, the protagonist is a cigar maker in a factory when a military unit led by Sergeant Moreno, and including the already engaged José, take up their posts there. When Carmen is arrested for causing disruption, José is ordered to take her to prison but he lets her go, and as a result is arrested. In a subsequent fight, José kills Sergeant Moreno. So far, so Bizet.

The pair flee to Havana where Carmen becomes infatuated not with the Spanish bullfighter of the opera, but with a Cuban boxer, El Niño. The bloody and tragic conclusion returns to the original plot.

There is no individual element that fails in Renshaw’s production; however the overall result feels muted, lukewarm even. Primarily it is the dance content that feels lacking, with the same party pieces rolled out in each ensemble number. These Cuban dancers, of course, have the rhythm to pull off the Sambas and the Cha Chas, but the choreography is lazy, with much skirt swishing and hip wiggling that lacks impact.

Luna Manzanares Nardo’s Carmen is a powerful and fearless figure, but she is not a likeable heroine. She wears a contemptuous half-smile as she looks down upon the conveyor belt of men who pursue her. As a result, it’s a stretch to feel invested in her relationships.

Her ill-fated suitor, José (Saeed Mohamed Valdes) is too submissive initially, the reasons why he falls for Carmen so instantly while still engaged to the simpering Marilú (Cristina Rodriguez Pino) remain unclear.

The saving grace is the sizzling Havana club scene early in Act Two, where the sultry ladies wear spangly burlesque outfits, the men don sequinned waistcoats and a vigorous mambo is danced complete with lifts and jumps to denote the visitors’ arrival in the alluring capital city. 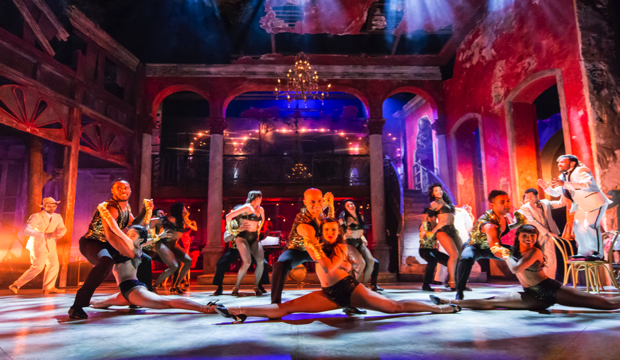 Tom Piper’s staging and costumes are also well executed. Carmen always stands apart in passionate red ensembles with the other ladies dressed in similarly vibrant colours. The distressed set reinforces the uncertainty Cuba faced at the time, but is also used creatively; the top balcony section frames each character’s entrance, and the frequent use of silhouette creates a sense of suspense before the audience see them fully emerge and come downstairs to the main stage.

The action is clearly signposted with use of Albita Rodríguez as the narrator. Threaded throughout the proceedings, she takes on various guises to match her surroundings: a crooner in the Havana nightclub, the referee at the boxing match that forms the finale, and a street seller, offering trinkets and jewellery in disheveled Cuban streets.

For all its accomplished elements, Renshaw’s Carmen La Cubana fails to ignite. The dance content disappoints more often than not, despite the rich vocal talent on display that never falters throughout. The simplified subtitles from the Spanish dialogue require honing for English audiences to engage with its spirited characters, so that Carmen La Cubana can deliver the scorching Cuban energy it promises. 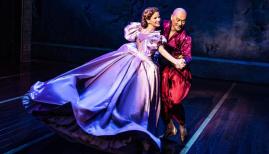 The King and I, Palladium Theatre review 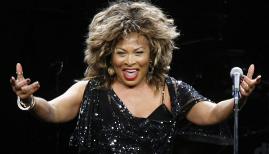