Writer-director Shola Amoo tells a traumatising tale of identity struggle, as Femi (Tai Golding/Sam Adewunmi) is taken away from heavenly Lincolnshire to live in a hellish south London

‘She’s not coming to take you away,’ the fostered Femi is told at the start of The Last Tree, as his birth mother comes to visit.

In Shola Amoo's hypnotic coming-of-age drama, the 11-year-old Femi (played by an energetic Tai Golding) lives a happy and idyllic life in the orange-tinted fields of rural Lincolnshire. He plays with his friends, mucks around in dirt, and screams at beautifully isolated landscapes.

But those perfect moments in Femi’s rustic heaven are torn to shreds, to be replaced with the concrete hell of a south London estate. Femi’s birth mother, Yinka, does take him away and those endless Elysian fields turn into the ugly tower blocks of south London, populated with urine-stained lifts and gangs of drug-dealers. 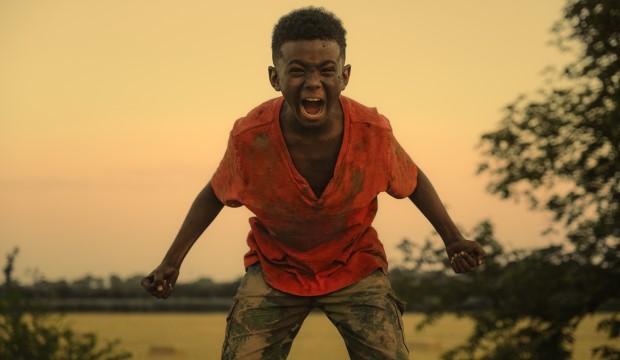 The 11-year-old Femi, played by an energetic Tai Golding

Amoo shows a decidedly unromantic view of the capital city, wrapped around Femi’s quiet hatred of having to leave and his now-splintered sense of identity. The source of this is Yinka, and for a while we share Femi’s venom towards her. When she tells him off in one scene, saying, ‘I didn’t raise you to be rude’, he bravely responds: ‘You didn’t raise me’.

Femi’s struggle to figure out who or what he is permeates the second act, as the tiny 11-year-old sprouts into a tall, strong, teenage shoplifter. In the transition between ages, Stil Williams’s camera shudders and strobes from boy to young man in a kind of experimental unpeeling. Sam Adewunmi plays this latter Femi with a tough, masculine shell, blocking a confused whirlwind spinning underneath.

The transitional shuddering happens again as Femi crosses into another stage of his life, resembling the very similar character structure of Barry Jenkins' stylistic Oscar-winner Moonlight.

Femi’s teenage years, still burdened with the trauma of leaving Lincolnshire, hold most of the film as a make-or-break period in his life. Having no secure authority in his life, he’s groomed by local gangsters to work for them. Some of these scenes graze the tropes of a crime drama, short-changing the social realism that The Last Tree aims for – but Amoo’s style enhances those dips into genre, making them seem natural. 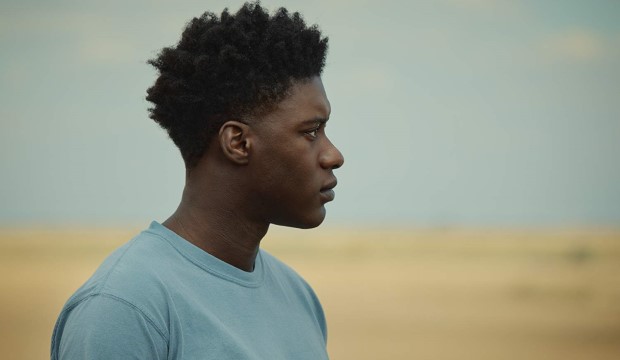 The film constantly battles with the kind of documentary-level realism expected from British social dramas. Amoo doesn’t restrict himself to blunt, political storytelling but delves into Femi’s distorted consciousness, crafting an enchanting, poetic, character-driven haze of fractured identity. When Femi starts fancying a girl with blue dreadlocks, she challenges his sense of reality – stepping into a touching, romantic dream.

Femi’s search for his identity concludes in a trip to Lagos, Nigeria, as he searches for his birth father. In many ways, that journey shows the world as bigger than he is, even igniting sympathy for the supposed devil Yinka. But ultimately, The Last Tree is about the discovery and rediscovery of yourself after that self is ripped apart – gradually and delicately stitching those pieces back together. 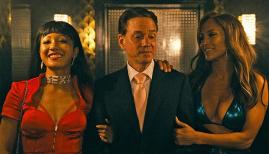 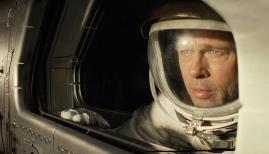