Bait film review 5 Bait film review Iana Murray
Hidden beneath the sand, pebbles and grit of the Cornwall seaside is director Mark Jenkin's magnificent film Bait. There is nothing else like it: a blistering clash between the old and new. It is like a time traveller, a relic from the past that speaks to the present with such profound clarity that its insight is impossible to ignore.

Since it was declared that the UK would be leaving the EU in 2016, all art that has emerged since then has been observed through that Brexit filter. Perhaps it’s lazy to make such an easy connection, but to find evidence of the effect of austerity on Brits, all that’s needed is one look at Jenkin’s painfully real depiction of a seaside town in flux. In the filmmaker's bleak vision of Cornwall, local industry is on the rapid decline, and seasonal tourism is devouring everything in its path, leaving a wreckage behind it.

Martin (comedian Edward Rowe) is a fisherman without a boat, and while he saves up the money he earns selling fish to the local pub for a new one, he places the blame on a family of posh Londoners who have bought out an entire street for holiday rentals, including Martin's childhood home. The tourists decry the sounds of boats in the morning, emblematic of their desire to bend Cornwall to their own will rather than assimilate.

The film was shot on black-and-white 16mm film and hand-processed by Jenkin himself. In doing so, the director gorgeously renders the physicality of the film strip on the screen. A roughness pervades the frame, as if the film reel has been dragged through the beach on the way to the projector. (In reality, it was processed through coffee grounds.)

Bait requires the viewer to be on high alert – the editing is choppy, its close-ups slam into frame with an almost violent ferocity. All of the sound has also been added in post-production, crafting something entirely hypnotic that’s always at a slight remove from the events unfolding. How refreshing it is to see a film not strive for perfection, but embrace the scratches and bumps, the mess and dirt. How else could you perfectly distill the hellfire that is the world we live in today?

But Bait is not just a matter of style over substance. It’s an angry piece of work, resonating with timeless prescience. The connection between the political and personal is delicate, never heavy-handed, and it holds a devastating power. It washes over you, all-consuming like the raging sea.

Bait is a celebration of film not just as a tactile entity, but as a laborious act, as Jenkin presents celluloid in its true, rawest form. Film has always been a visual medium, but Bait enriches all the senses. 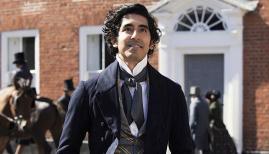