Whimsical and involving, The Aeronauts sees Felicity Jones and Eddie Redmayne take a flight that goes higher and stronger than ever before. Saccharine romance is a thing of the past, as the pair take hold of history and give a fresh spin to the story of two adventurous souls going all the way up.

Redmayne plays meteorologist James Glaisher, the real-life pioneering balloonist who broke the world flight altitude record in 1862 alongside his regular pilot, Henry Coxwell. It’s Coxwell’s legacy that is somewhat distorted here, as he is replaced with a fictional pilot, Amelia Wren, to give Jones the lead role.

Hers is an incandescent character, a fearless and determined woman steering the mission while the man sits in the passenger seat. Wren is loosely based on real-life aeronaut Sophie Blanchard, who was the first woman to climb to such heights, and another British aeronaut and entertainer, Margaret Graham. 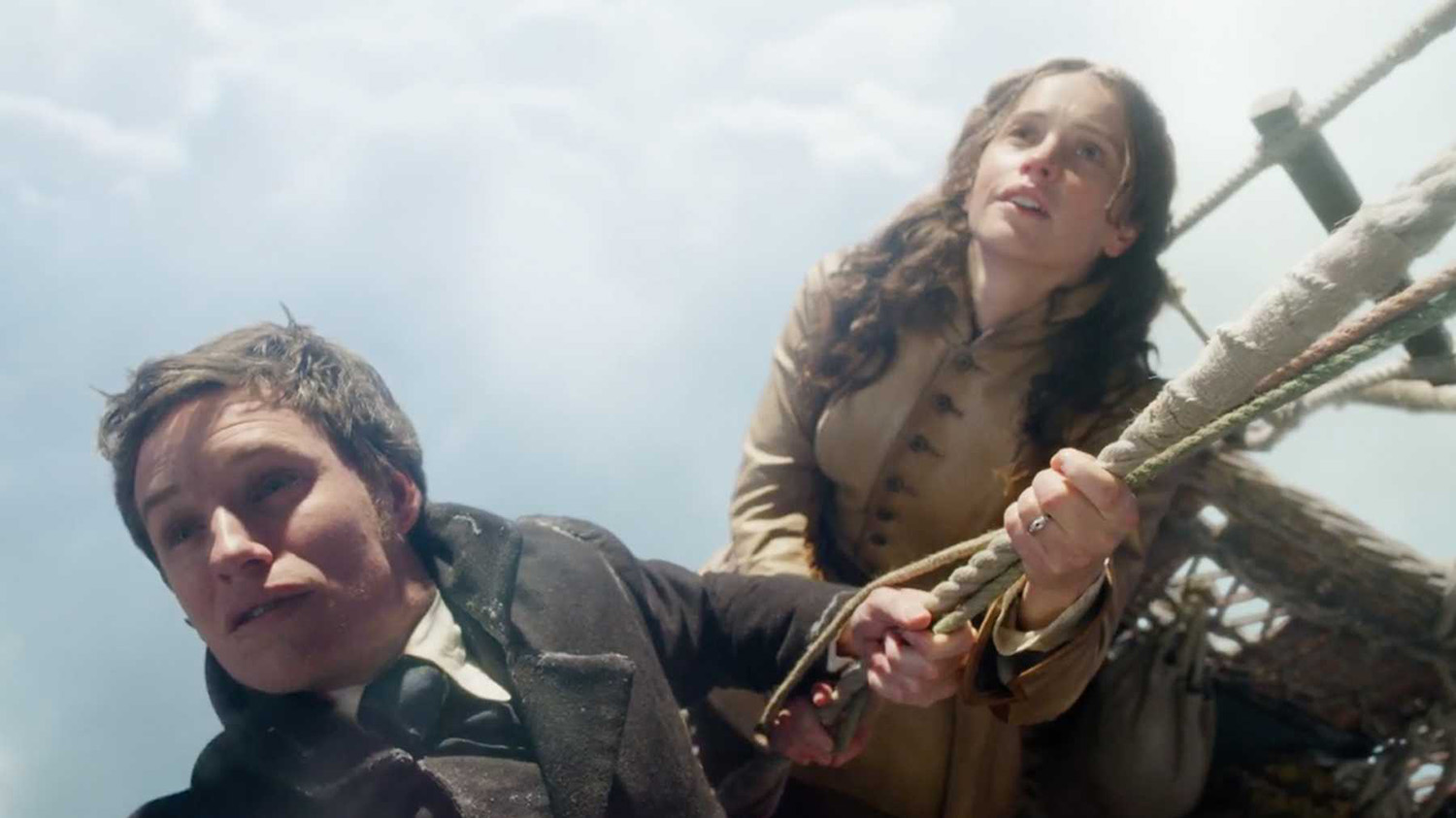 Eddie Redmayne and Felicity Jones in The Aeronauts

Historical (in)accuracies aside, the film offers an immersive adventure going to great extremes to provide physical and mental challenges for both actors. The Aeronauts hinges on the dynamic between Redmayne and Jones, and the pair pull it off. It’s a refreshing, balanced relationship that sidesteps all romantic clichés in favour of an urgent trip through the clouds.

By flitting back and forth between the speculation and the execution of the flight, Harper sustains intrigue without merely building towards a predictable payoff. There’s only one instance of grating, performative feminism (an outraged outsider decries the sheer thought of a woman in a balloon), and by watching Amelia save the day time and time again with her intelligence and bravery, very few filler inspirational quotes are needed to pad things out.

It’s a puzzling subject matter for Harper following his musical charmer Wild Rose, but a sense of overarching optimism runs through The Aeronauts as it did in the former. The stakes are higher though, as the physical threat of undebatable life-or-death danger makes every next decision feel like it could be the last.

But there’s enough grace in the performances, the pacing – that never misses chance to beautifully frame the gas balloon against a clear blue sky – and the underlying agenda to make this stand tall enough to go the distance.

It’s a straightforward mission, deployed in a necessary, sometimes simple, but always entertaining way. With two trustworthy stars and one world-changing balloon, The Aeronauts finds more than enough fuel to lift the world’s spirits.