Jane Campion's The Power of the Dog takes the lead in this year's Oscars nominations, which have secured an enticing selection. Here are the films tipped to win big 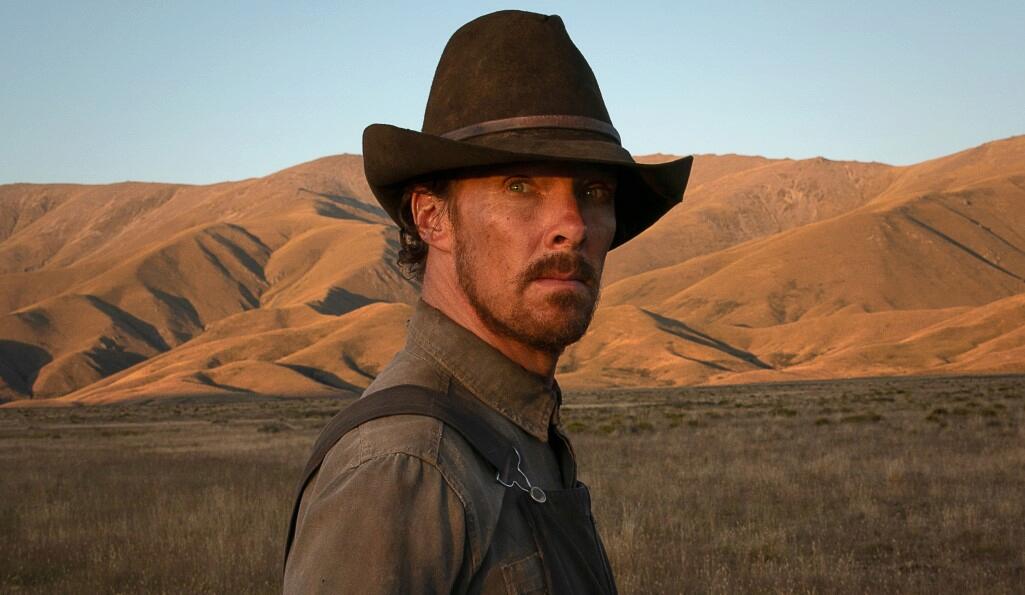 Benedict Cumberbatch in The Power of the Dog, Netflix (Photo: Netflix)
Despite the expected nature of the nominations, this year's Academy Awards contenders wield a decent selection.

It's another good year for female filmmakers as Jane Campion’s Netflix film The Power of the Dog, starring Benedict Cumberbatch and Kirsten Dunst, racked up the most nominations. Other high-rankers include Denis Villeneuve's sci-fi epic Dune and Steven Spielberg’s updated remake of West Side Story. Ryûsuke Hamaguchi’s three-hour Murakami adaptation of Drive My Car, arguably the best nominated film, sneaked in with major nominations including Best International Feature.

Here are the most nominated films at this year's Oscars.


The Oscars have been making more efforts in recent years to be inclusive, especially with female filmmakers. Nomadland's Chloé Zhao was the second woman to win a Best Director Oscar, and it’s very possible that Jane Campion will be the third. Her slow-burn Western The Power of the Dog earned the most nominations this year, including Best Actor for Benedict Cumberbatch and Best Supporting Actor for Jesse Plemons (his first-ever Oscar nomination).

Ari Wegner also received a deserved nomination for Best Cinematography, her picturesque visuals of rural America comparable to those in Terrence Malick's 1974 film Days of Heaven. To date, Wegner is the second woman ever to be nominated for cinematography, and could be the first female winner.

Despite Denis Villeneuve being snubbed for Best Director, his delicate and spectacular sci-fi epic Dune has still swept the nominations. Months prior to its release, many critics were sceptical. Would Frank Herbert’s weird and interplanetary politics be too much for audiences to handle, especially considering the botched attempts in the past by David Lynch and Alejandro Jodorowsky?

But Villeneuve did an excellent job of making the story accessible: beautified by Grieg Fraser’s cinematography and intensely scored by Hans Zimmer. No nominations for the ensemble cast, but they're nothing compared to the film's overall visual and auditory immersion into the desert planet Arrakis.

Historically, with some exceptions, Steven Spielberg films fall into two camps: war (of many kinds) or sci-fi dramas. It’s always exciting when he branches away from that standard: you feel he’s dancing outside his comfort zone.

His remake of the Stephen Sondheim/Leonard Bernstein musical West Side Story is a result of that daring, not only respecting the original but giving the story fresher diversity. Casting Latinx actors and removing English subtitles during Spanish dialogues bring an authenticity the original lacked, speaking to injustices old and new. West Side Story marks Spielberg's 11th nomination for Best Picture, a first in Oscar history.

Many have had their problems with Kenneth Branagh’s pristinely monochrome and unabashedly personal film Belfast, about a working-class family living at the start of the Troubles in Northern Ireland. Should such a serious time, filled with death and violence, be rendered with such fantastical properties? But Branagh succeeds with this vision of 1960s Belfast, capturing the emotions and adventures of childhood under the frightening threat of sectarian conflict.

The lack of nomination for Haris Zambarloukos’s cinematography is one of the biggest snubs of this year. But Branagh secures an even more impressive feat: after a fruitful career, he’s become the first person to receive nominations in seven Oscar categories.

Reinaldo Marcus Green’s biopic of Richard Williams – father and manager to tennis superstars Venus and Serena Williams – might’ve been better suited to a TV series, but the film is still impressive as a feel-good and politically aware sports film.

The origin of the Williams sisters is a fascinating story, as they ascend from working-class Compton and into a mostly white sport. The nominated Will Smith is at the top of his game here, straddling comedy and drama with adequate balance as the zealous title character. Aunjanue Ellis also, thankfully, gets a deserved nomination for playing the underrated matriarch Oracene Williams.

Although Ryûsuke Hamaguchi's mysterious, beautiful, three-hour odyssey deserves every award (particularly for Tôko Miura’s subdued performance), it’s proven a quietly fierce competitor this year. Rated as the best film of 2021 by Culture Whisper, Drive My Car didn’t have an overwhelming release but critics (including this one) deservedly elevated its status and it's now nominated for the major Oscar categories.

Haruki Murakami wrote the story upon which the film is based, following the platonic friendship between theatre director Yûsuke (Hidetoshi Nishijima) and his regular driver Misaki (Miura). It treads many of Murakami's regular themes, even capturing his familiar haunting atmosphere that lingers like fog after the credits roll.

Despite being overly long (yes, this writer is saying that after singing praises for Drive My Car), Nightmare Alley is a bizarre and bedazzling neo-noir. Guillermo del Toro creates detailed and phantasmagorical worlds, tangible yet mystical, and this film treads into a 1940s carnival filled with psychics, electric women and chicken-chewing geeks.

The story unwisely travels away from that fun, but the nominations for cinematography, production design, and costumes are well placed. Those aspects entice and absorb you, even when the narrative falls flat.

Since tackling the 2008 recession in The Big Short, Adam McKay has cemented himself as a coveted filmmaker of political comedy. In Don’t Look Up, a satire of Trumpian America, he captures the absurdities of current mainstream thinking and the priorities of comfort and celebrity over rationality and alarmism.

It’s a funny and depressing indictment of our times, starring Leonard DiCaprio and Jennifer Lawrence as scientists who discover a comet that will end humanity. Nobody will listen and the Trump surrogate, played by Meryl Streep, wants to suppress any concern – leading to our ultimate destruction. It perhaps doesn’t deserve a Best Original Screenplay nomination; the dialogue is occasionally messy with the amount of improv involved, but the premise sticks with you.

Maggie Gyllenhaal missed out on a Best Director nomination for her brilliant debut, based on the short novel by Elena Ferrante, but secures Best Adapted Screenplay. The Lost Daughter is a slow-boil character study, following the holidaying mother Leda (Olivia Colman) who finally has some time to herself. But she becomes enraptured by a dodgy family, leading her to a nostalgic trip back to her early mothering days (as portrayed by Jessie Buckley).

Colman and Buckley deserve their nominations for Best Actress and Best Supporting Actress, with both performances simmering with silent rage.

The Oscars nominations in full: