One of the more original live-action Disney films in the contemporary crop, Maleficent told the story of the innocent princess Aurora and her dark godmother who grew closer to her against all odds. The upcoming sequel digs deeper into this relationship, and expands it out – Aurora wishes to get married, Maleficent wishes against it.

Jolie reprises her role as the vengeful mystical being, opposite Elle Fanning as Aurora. Joining the pair, a new batch of stars is on the horizon: Chiwetel Ejiofor, Ed Skrein, Michelle Pfeiffer, Juno Temple, Imelda Staunton and Harris Dickinson form the main cast.

Rather than tracing the outline of a familiar animated story, Mistress of Evil diverges even further than its predecessor into new territory narratively. The film blurs the lines between good and evil, asking the sorceress to question values of protection and loyalty, the benefits and dangers of love and family.

More than just proposing a family drama in a fairytale setting, the first glimpses of the film tug at something altogether more exotic – who really is Maleficent? It's no longer just a question of magic or mortal, but a more stirring contemplation of how humanity is defined altogether.

'You've spent years caring for a human', she is told. 'Now it's time... to care for your own'. To find out who Maleficent's own is, and what the future holds for Aurora, don't miss Maleficent: Mistress of Evil in cinemas on 18 October. Until then – piece together the clues with the trailer below. 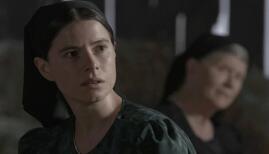