Niki Caro is directing a new version of Disney's Mulan, taking stock of the source text, the ancient Chinese poem 'The Ballad of Mulan'. Here's what we know so far

The first trailer places Mulan firmly on the path to success, diverging somewhat from recent reboots the studio has offered – no musical numbers and no CGI animals in sight.

This has raised concerns with some fans however, faced with the absence of Mulan's dragon sidekick Mushu (originally voiced by Eddie Murphy) and the mischievous cricket. Early reports speculated that the upcoming film would not include original songs – but it remains to be seen whether the team can find it in their hearts to give the world 'Reflection' one more time.

Mulan will be directed by New Zealand filmmaker Niki Caro, and marks the second time in history that a woman has singlehandedly helmed a film project with a budget surpassing $100 million. Early glimpses of the film show an ambition to honour wuxia traditions, which is a genre honouring historical and heroic stories giving clout to Chinese martial arts.

There's still a whole host of questions to be asked, and many more months of waiting. Will there really be no Mushu? How awkward and self-aware will this Mulan be? Just how hard will she fight? With a release date set for 27 March 2020, there's still room for anything to happen. Until then – watch the new trailer below. 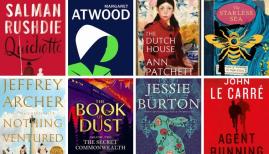