I Am Not Madame Bovary 3 I Am Not Madame Bovary Matthew Robinson
Many good things come in rectangular shapes. Chocolate. Amazon Parcels. Paintings, photographs and books all rely heavily on the dependable stability of the humble rectangle. Can you imagine trying to furnish a circular room? Lighthouse keepers must have recurring nightmares about installing bookshelves.

I Am Not Madame Bovary is a very round Chinese comedy with Brechtian overtones. Country girl Li Xuelian, played by Fan Bingbing, fakes a divorce in order to scam the government into giving her husband an apartment. Unfortunately the fake divorce becomes real when her husband takes the townhouse and marries another woman. What’s more, he accuses her of being Pan Jinlian – a Chinese Madame Bovary figure whose name history preserved as a slanderous term for adulteresses.

Her reputation now in ruins and her attempts at redress through the courts frustrated at every turn by callous, self-interested officials, she begins a dogged ten-year legal battle with the Chinese bureaucracy. This is a film of one woman’s determination to find justice in a system run by men. They are legally in the right, but Li suffers because their system is incapable of any feeling or sympathy.

Bingbing plays a convincing and charming country girl with a unique view of the world, utterly opaque to the men from the city. But the sympathy we can show her is tempered somewhat by the fact that she’s a swindler. Scumbag husband aside, she seems to have had it coming. This nagging point is only cleared up at the very end of the film when her true motive is finally revealed, but that’s a long time to suspend our disbelief. It may also have been helped by a funnier script – things never quite reach the hilarious absurdity of, say, Kafka’s trial, although the government officials throughout are a satisfying mix of bumbling and greasy. 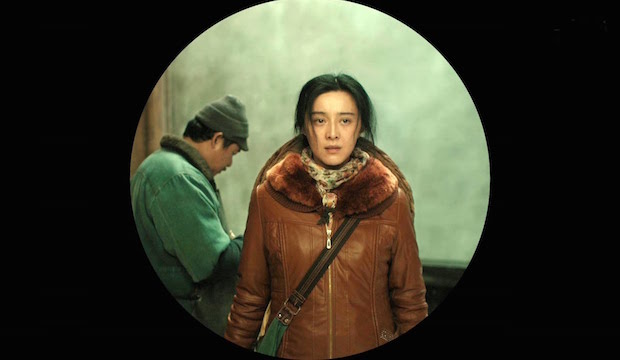 As for the roundness of the film, this refers specifically to the highly unusual circular frame. The lack of corners and largely static camera result in very centre-heavy compositions, clipping the edges of rooms and pushing characters into the middle of the picture. It’s a bit distanced, like watching a play through a telescope. This feels claustrophobic until Lian makes her way to Beijing and the frame opens up into a more familiar square shape.

The unusual framing is used masterfully, however; director Feng Xiaogang’s composition is second to none. With his rich use of colour and very deliberate – if not meticulous – subject placement, the phrase 'every frame a painting' rings true here. In fact, the film loses a lot of its visual impact in the widescreen epilogue, once Lian’s tunnel vision has finally cleared.

In true Brechtian tradition, the film carries a heavy-handed social message, largely through a fatherly city mayor, the only one who tries to understand Li. It’s difficult to tell how much of this comes from the director and how much from the censor’s office. It’s surprisingly barbed, claiming corruption and heartlessness, at least in regional government. We are sternly lectured by a high-ranking member of The Communist Party about responsibility to the people, shortly before he fires a whole string of local officials. Perhaps a bit on the nose for a Western audience.

All in all, a funny yet emotional tale of one woman’s quest to beat men at their own game. Three stars, plus or minus one depending on how much you like Brecht. 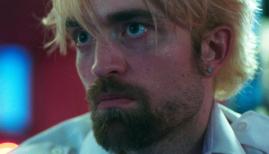