Pablo Larraín’s wonderfully belligerent melodrama is concerned with the manifold nature of performance. How to dance, love, mother, and f*ck, all at once? These duties bleed into one another for Ema (Mariana Di Girolamo, compelling), the insatiable and virile title character who, in desperate circumstances, must play several roles.

Clad in waxed denim and with peroxide hair, she employs her performing arts and wayward bohemianism in service of something more determined: to regain custody of her adopted child Polo (Cristian Suarez). The ends don’t simply justify the means; the hedonistic process is essential to the result.

Ema’s estranged husband and co-dancer Gastón (Gael García Bernal) is a captivating avatar for impotence, a bystander in his lost love’s quest for meaning, a sufferer of inverted Oedipal jealousy. Their domestic strife is portrayed through stark portraits that imply criminal interrogations.

The ravaged couple long for their son, whom they have abandoned to social services after his violent, macabre indiscretions. Whether Polo is a misunderstood young boy or an innate psychopath is left satisfyingly unclear. All that remains is the agonising detritus. 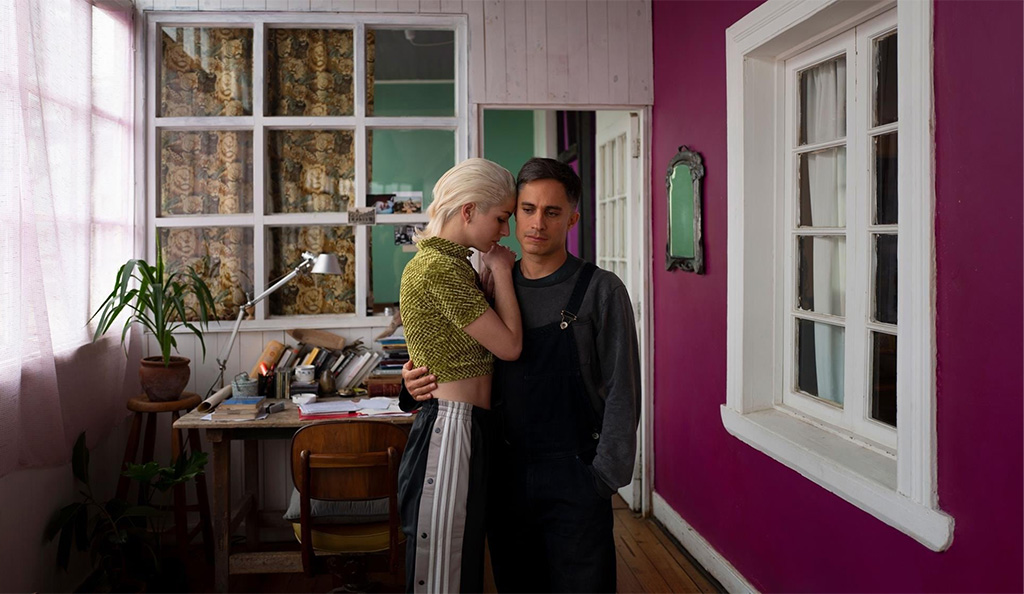 Many scenes function as intervals that warp our sense of an ending, producing a sensory stream of dramatic deferrals. Character motives seem opaque, that is, until the pure maternal moment unfurls into view.

“You have to do what lizards do,” she is implored. “Get disorientated… f*cked up.” The shot of a flaming traffic light, the emblem of creative destruction, offers an accurate portent for her intentions. Valparaíso, a Chilean seaport dotted with modernist curvatures, funfairs and funiculars, faces its scorched earth.

We are elsewhere preoccupied with heat and light. Ema decants liquid kerosene into jerry cans, ready to set the town ablaze. Bulbs of neon blue and volcanic red alternate and constitute a set of glowing, phosphorescent orbs, under which her dancing troupe is rendered in silhouettes, their outlines forced into uneasy figurations. 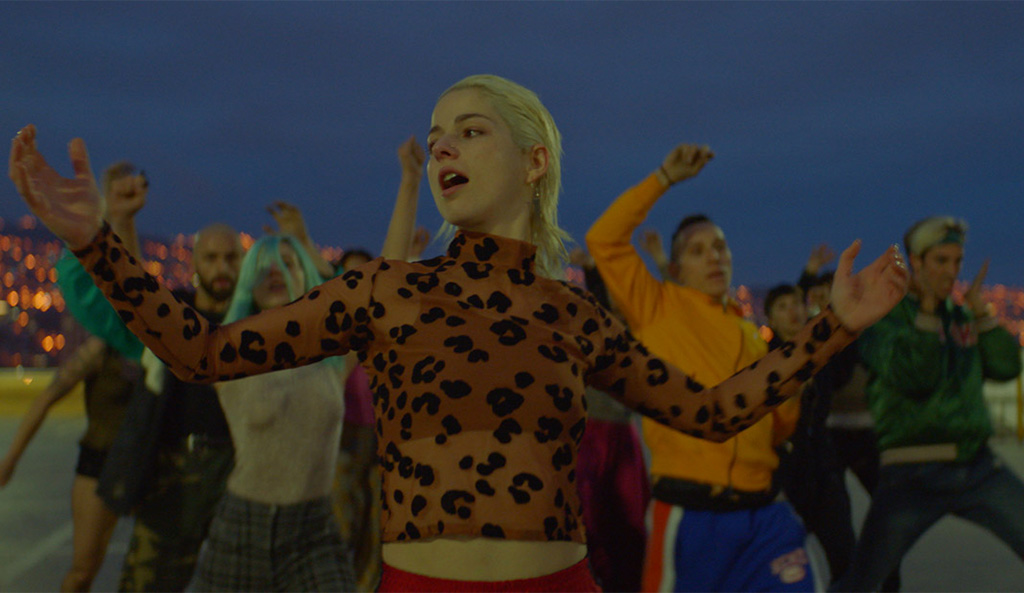 Time and space are suspended under the spectacle of these artificial suns. Nicolas Jaar’s ethereal chimes meanwhile transform the reggaeton-inspired dance routines, pleading reassessment of how bodies are supposed to move in the world.

Dance, as it is depicted in the film, reveals the line between light and not-light, the boundary of embodied movement. It functions as an instrument of metamorphosis, as the medium of transmission and transgression. Shadows flatten and coalesce with the rhythm. Ema must express her anguish within a community, in conditions that require perfect poise and control.

This is surely the fascination with the silhouetted body: its ability to translate individual emotional loss into shared corporeal pain.

Marital infidelity is treated in a dynamic, complicated way: as a force to be manipulated for wider ambitions, as a necessary stride towards unstated objectives, and as a gesture towards a higher form of fidelity, that which undercuts meagre notions of lust and beauty. 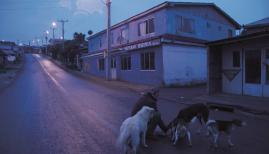