Cunningham film online 4 Cunningham film online Teresa Guerreiro
Merce Cunningham, the centenary of whose birth was celebrated last year, is a towering name in contemporary dance: the dancer and choreographer who broke through all conventional barriers and, like all great pioneers, met with adversity and incomprehension before being accepted as one of the most influential artists of his generation and beyond.

The film Cunningham, itself a meticulous and dazzling work of art, traces the evolution of Cunningham’s work and methods from 1944 through 1972, using film of early performances as well as clips of Cunningham himself, his life partner and assiduous collaborator, the composer John Cage, and some of the other artists and dancers who figured in those early decades.

It may be hard for us fully to comprehend just how revolutionary Cunningham's concept of dance – as something that did not refer outside itself – was in the 40s and 50s, when he was starting out. Equally revolutionary and frankly outrageous was John Cage’s subversion of the notion of music as something pleasant and melodic, listening to which would make you forget the unpleasantness of the real world.

On the contrary, Cage is heard saying, his music is meant to be so discordant that people are delighted to return to the real world.

Cunningham the film, directed by Alla Kovgan (whose documentary Nora received 30 international awards), is an unhurried, deeply intelligent, beautifully filmed work, that goes a long way towards documenting Cunningham’s work, and does so with supremely elegant camerawork and a seamless blend of historic film and modern-day performance.

As it starts, an aerial camera slowly pans over the New York skyline set against a bright sunny blue sky. After a while we discern small figures on a roof terrace and as the camera comes closer, we see them dancing.

Some of the archival material is black and white, in contrast to present-day performances shot in dazzlingly intense colour. 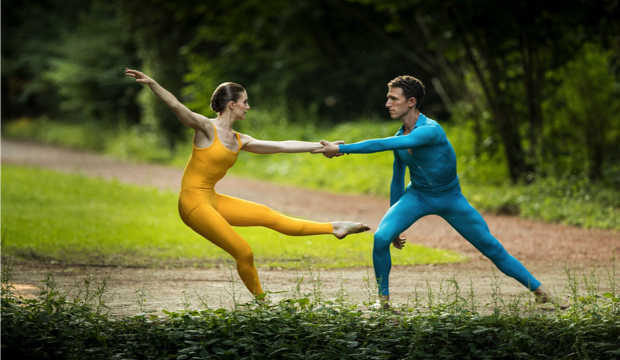 Cunningham, Suite for Two. Photo: Martin Miseré
As the film develops, so we come to understand more about Cunningham and his influence. In the 60s he collaborated with up-and-coming, equally innovative artists, such as Robert Rauschenberg, who was to sever the connection rather abruptly once he hit the big time.

We see the first Cunningham company touring the US, like a hippy family packed in a camper van. In 1964 they embarked on a world tour – London was the first capital to acclaim their work, as we see in newspaper headlines of the time.

By 1972, the first phase of Cunningham’s work was coming to an end, his first company breaking apart. His dance-making, however, would continue to evolve: new dancers would join, audiences would grow to understand and love it.

Cunningham is that rare thing: an art documentary that is deeply enlightening about its subject and simultaneously itself a work of art. Well worth seeing. 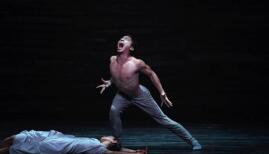 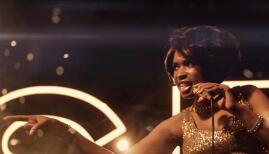